American Horror Story/ies is a lot like a seven-layered bean dip, it’s great until the stinker. American Horror Stories Season 1 was, for the most part, full of hits, but there were also misses. Unfortunately, it was inevitable for Season 2 to have at least one episode that misses the mark, and it’s finally that time. Episode 3 “Drive” was not terrible by any means but subverted the typical tropes that we had expected the whole time. Sure it was shot well and was an interesting concept, but it kind of just fell flat.

We open in a bisexual lighting-filled dance club, where two friends Marci (Bella Thorne) and Piper (Billie Bodega) are out for a good time, though Marci may be more on the hunt for an encounter. Marci ends up settling on a somewhat attractive man Wyatt (Austin Woods). They have a strange conversation where Marci says, “I believe everyone should be scared now and then.” Wyatt replies, “What about you? Do you like being scared?” Eventually, the two make their way to Marci’s car, and they have sex in the back seat. 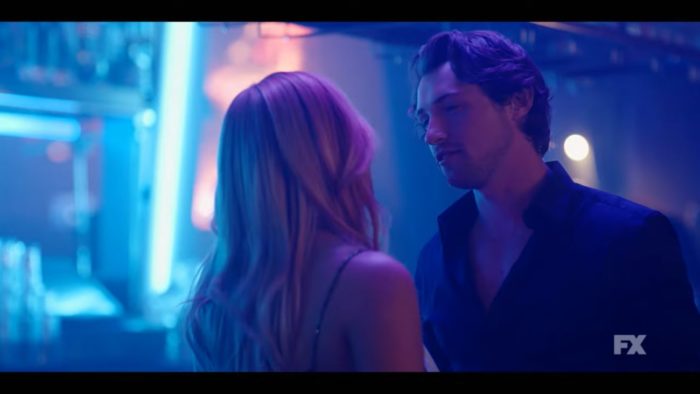 For whatever reason Wyatt asks Marci if she is going to ask for his number, and then follows that up with the “fact” that women are all the same. Marci, being a badass, says she just wants Wyatt to get out of her car. They really overdue a lot of the dialogue with this one, it’s so incredibly tongue and cheek it feels disingenuous. The cookie-cutter aspect of this type of story is really evident, and it ends up feeling too forced. Wyatt is just written as a handsome piece of shit with literally no character. Yes, that’s the point of his character, but it doesn’t have to be that sloppy.

Marci leaves the nightclub and drives home, which is not advised after drinking even one vodka Red Bull. Out of nowhere, a red Jeep Wrangler speeds up behind her. It blares its horn, flashes its lights, and even goes so far as to run into the back of Marci’s car. Through some, admittedly, amazing driving Marci is able to outmaneuver the Jeep and get home safely. This is when the opening credits kick in. As always we have some amazing stylized credits, but the one has to be one of the best AHS opening credits in the entire existence of the show.

Marci is now home, brushing her teeth when we are introduced to her husband Chaz (Anthony De La Torre). Chaz tries having a conversation with his wife, but she doesn’t really seem to want anything to do with him all while he expresses his seemingly authentic nervousness due to a rash of kidnappings around nightclubs in town. Marci removes her makeup to reveal a large scar (or birthmark on her cheek/neck), and Chaz says he wishes she didn’t cover it up, that he likes her true authentic self. We then find out through very overly exposited dialogue that they have an open marriage. 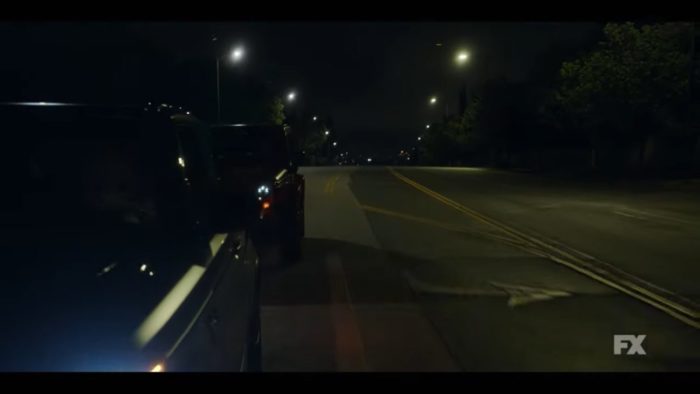 Piper comes over the next day to visit and tells Marci she needs to chill out with the taking people to her car to have sex with at clubs, while looking at the internet articles Chaz was referencing. That night the two women go back out, and before you know it Marci has a girl in the car. Right as they finish Piper walks up to the car, and an argument ensues. There is an incident in high school that gets alluded to, and Piper ends up walking away. Marci goes back inside, but her night gets ruined once she runs into Chaz at the club. After even more arguing Chaz leaves, saying he was just there because he wanted to make sure Marci was safe, but he’ll let her get on with her night. Soon Marci calls it a night and heads to her car, though what does she see parked next to her? The red Jeep Wrangler from the other night. Marci follows the Jeep and proceeds to harass it on the road, as well as get the license plate number.

After doing a bit of overly uncomplicated internet research Marci is able to get the name of the person who owns the Jeep Paul Winowski (Nico Greetham). While Marci is doing this research Chaz tries to have a conversation with her, to no avail. Chaz even tells her he found a new apartment that is ready for immediate occupancy, and that he will leave in the morning. With no care about her failing marriage, Marci finds Paul’s place of work and goes to talk to him. The conversation is rather benign, though Paul does say it’s a shame that Marci is married. Paul leaves work and heads home for the day, it also just so happens Marci follows him. In one of the most simple break-in scenes ever Marci enters Paul’s house with very little effort. Grabbing a knife for protection, Marci sneaks into Paul’s room while he showers. Paul’s room has a wall covered with the missing posters of the people who have gone missing from the nightclub. (This is a completely ridiculous red herring.)

All of the sudden the shower shuts off, Marci has to hide, stat! Paul enters the room, while Marci hides under his computer desk. Thinking Paul has left the house, Marci exits her hiding spot and is immediately confronted with Paul and his baseball bat. After a few seconds of awkwardness Paul asks Marci why she is here, she says it’s because of him trying to run her off the road. With a weird twist, Paul says he saw someone in her backseat and heard of the urban legend/the missing nightclub people and tried to warn her. Paul was actually trying to do a good thing. That’s when Marci injects Paul with a syringe in his neck, though it doesn’t work immediately and he tackles her and starts choking her. In a deus ex machina moment, Chaz appears behind Paul and knocks him out. 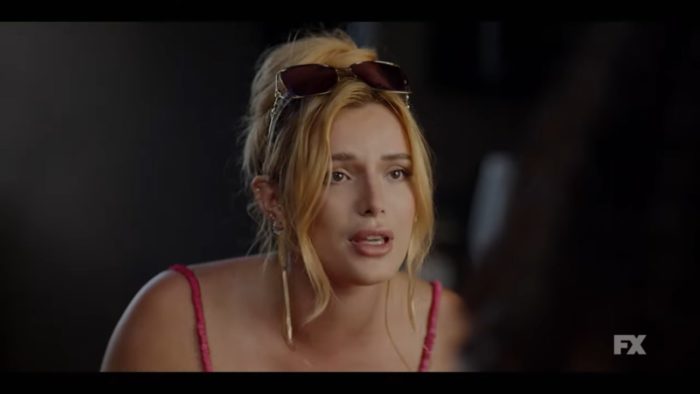 Back at their house Chaz says he’s going to start packing, and this is the last time he will help Marci cleanup. Tied up to a chair in their basement is Paul. Marci goes on this longwinded reason of why she is doing what she is doing, which is basically to rid the world of entitled assholes. All throughout this overly expository monologue Marci talks about how who Paul was seeing in the backseat was Wyatt and whatever she injected in his neck wasn’t strong enough. Paul’s good deed does not go unpunished as Marci uses his head as a knife holder, immediately killing him. Covered in blood, Marci runs up to Chaz and says she doesn’t want him to leave, that she wants him to start actively participating in the killings. So who do they use as their first couple’s kill? Unfortunately, Piper.

This episode was one of the most poorly written episodes of the entirety of American Horror Stories. Yeah, it was somewhat interesting, though insanely predictable, and shallow. The characters were flat all throughout, and the storytelling structure is so unfaithful to the viewer. We are only shown specific facts that when shown to us out of context tell us a completely different story…but to what avail? What is the reason? The whole Marci being the real killer idea is interesting, you don’t have to actively try and sell us a story that we know all along is incorrect. I left this episode feeling deflated and taken advantage of. Say what you will about episodes like “Drive In” or “The Naughty List” from Season 1, but they still manage to tell an interesting story without telling us something fake and mundane.