When you think about Godzilla, what’s the first thing that comes to mind? Fun kaiju action? Comically bad dubbing? Two men in rubber suits awkwardly bumping into each other? Given Godzilla’s almost 70-year history, those are all valid answers. For most people, that’s pretty much all there is to the character. But, most people are dead wrong.

Godzilla is about more than just big, dumb, style-over-substance fun. In fact, when he debuted on the big screen in the 1950s, nobody would’ve applied those words to him (except for “big,” of course). See, while the franchise soon became a bit of a joke, the original Godzilla from 1954 (and I mean the original Japanese version, not the heavily edited American version, Godzilla, King of the Monsters, that came out two years later) was anything but fun. It was a dark, somber meditation on the horrors of nuclear warfare. Subsequent films often tried to recapture that gravitas, but the first movie is still the best of the bunch.

In fact, it’s so good it still hits hard today. While it’s not nearly as impactful for 21st-century Westerners as it was for its original Japanese audience, anybody would be hard-pressed to watch this film and not be moved. It’s that powerful. So, let’s take a deep dive into this kaiju classic, exploring just how it uses its titular monster to convey an important message the world still needs to hear almost 70 years later. 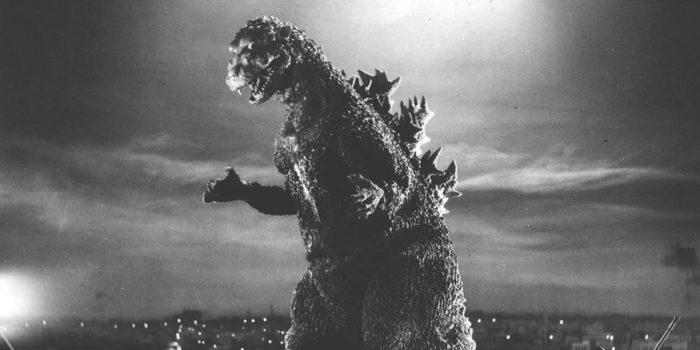 At its core, Godzilla is a simple allegory for nuclear weapons. In fact, Godzilla himself is pretty much a walking, breathing nuclear bomb. As one of the main characters, a scientist named Dr. Yamane, explains, he’s a sea creature that was disturbed and driven from his home by H-bomb tests that destroyed his natural habitat. Everywhere he goes, he leaves behind a trail of radiation. It’s found in his footprints, and some of the survivors of his attacks suffer from radiation sickness. On top of all that, when Godzilla is finally killed at the end of the movie, Yamane says that if nuclear testing doesn’t stop, another Godzilla might appear and wreak havoc on the human race once again.

From all those clues, it’s pretty easy to see that this movie is just one big metaphor for the devastation nuclear weapons cause (and that they did cause in Hiroshima and Nagasaki). You don’t even need to look below the surface to get it, as Dr. Yamane pretty much spells it all out for us. Additionally, the destruction Godzilla leaves behind, including the high levels of radiation, speaks for itself. The only difference between him and a nuclear bomb is that he’s a living creature, while a nuclear bomb is an inanimate object. Other than that, they’re pretty much exactly the same.

When you add in Yamane’s comment at the end of the movie and the role nuclear weapons played in awakening Godzilla, the point is just about impossible to miss. So, it’s clear that the original Godzilla is more than just a fun kaiju romp. It’s a dark, somber allegory for nuclear weapons, giving it some real thematic substance to go along with its fantastical monster mayhem. 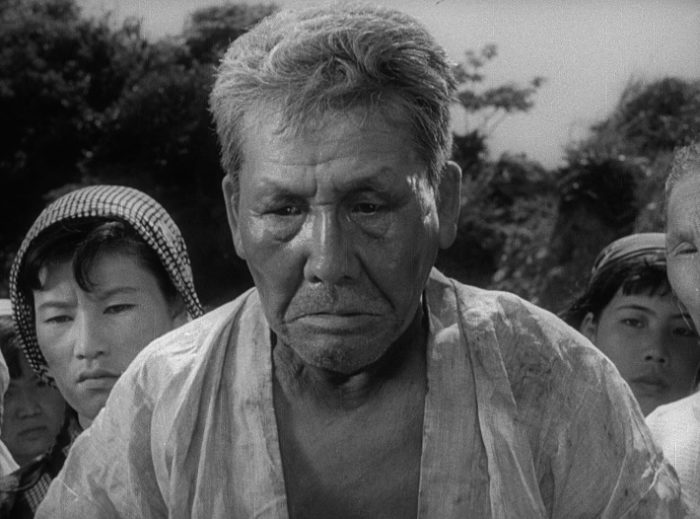 But, that’s just the tip of the iceberg. The mere fact that Godzilla is a walking, breathing nuclear weapon isn’t what makes this film so powerful. Rather, it’s the way the movie conveys just how devastating his attacks really are. When you watch a modern kaiju film like Godzilla vs. Kong, it’s easy to forget that people die every time these titans smash a building. All you see is the fun action, so you don’t really think about the human lives that are lost when a giant monster rolls through a city.

However, the original Godzilla is nothing like that. As I’ve said, “fun” isn’t a word many people would use to describe this film. Rather, the whole point of the movie is to show the utter devastation Godzilla causes. The film does an amazing job of showcasing just how catastrophic he really is. His attacks feel more like natural disasters or military strikes than riveting kaiju action, so your reaction isn’t to pump your fist at how awesome it all is. Rather, you feel the same hopeless terror his victims feel. Even though this movie isn’t exactly scary, it makes you scared for the human characters, and that’s enough to keep you on the edge of your seat.

What’s more, there are moments when the impact of Godzilla’s attacks really comes front and center, making the reality of the situation impossible to ignore. For example, during one scene of Godzilla rampaging through a city, a woman holds her three children and tells them that they’re all going to be with their father soon. It’s a brief shot that only lasts about 15 seconds or so, but it’s extremely powerful nonetheless. It forces you to come to terms with the impact Godzilla has on real human lives. It’s also doubly effective because it involves children.

Later on, after Godzilla’s final raid on Tokyo is over, the film shows us the tragic aftermath of his attack. First, the camera scans through part of the city looking absolutely devastated. In Godzilla’s wake, many of the city’s buildings are completely demolished. Watching this scene now, it reminds me of the first time I visited Ground Zero a few months after the 9/11 attacks. After this shot, we see a hospital where victims are being cared for, and it’s so packed that patients are filling the hallways. Once again, we see the real human impact of Godzilla’s attacks, and we can’t help but feel deeply for these people.

The Horrors of Nuclear Warfare 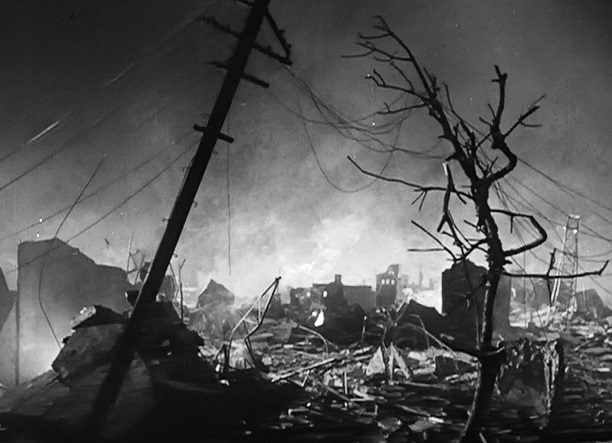 Those are only a few examples, but really, the entire film is like that. From start to finish, it does an incredible job of hammering home just how terrible Godzilla truly is. However, as poignant as his destruction of Tokyo may be, that’s not the real point of the movie. Because Godzilla is a metaphor for nuclear weapons, the ultimate goal of this film is to give us a glimpse into the horrors of nuclear warfare.

As Godzilla aptly demonstrates, nuclear weapons are absolutely horrific. Despite what some people might like to think, they don’t just kill “bad guys.” Rather, like Godzilla, they obliterate anything and everything in their path. They do not discriminate between friend and foe, soldier and civilian, adult and child. As the world saw at Hiroshima and Nagasaki less than a decade before Godzilla was released, these weapons level cities and ruin lives. They leave lasting scars on the countless innocent people they affect.

They are truly one of the most horrific things the human race has ever invented. It’s just about impossible to imagine a scenario in which using them could be deemed a legitimate and proportionate use of force, even against an unjust aggressor. In other words, they have no place in a world that claims to value human life. Just like Godzilla in the original film, their time on this earth must come to an end sooner rather than later. Much sooner.