You don’t need to be part of the horror community to know who Joe Bob Briggs is. Outside of his television stints on The Movie Channel with Joe Bob’s Drive-In Theater, MonsterVision on TNT, or his exploits on Shudder with The Last Drive-In, you might know him elsewhere. Maybe you saw him fired by Robert De Niro in Casino or falling victim to Nicolas Cage’s prison escape in Face/Off? Possibly you’ve caught his live show, How Rednecks Saved Hollywood, or read the works of John Bloom? There’s a fair chance Joe Bob Briggs entered your orbit in some fashion. 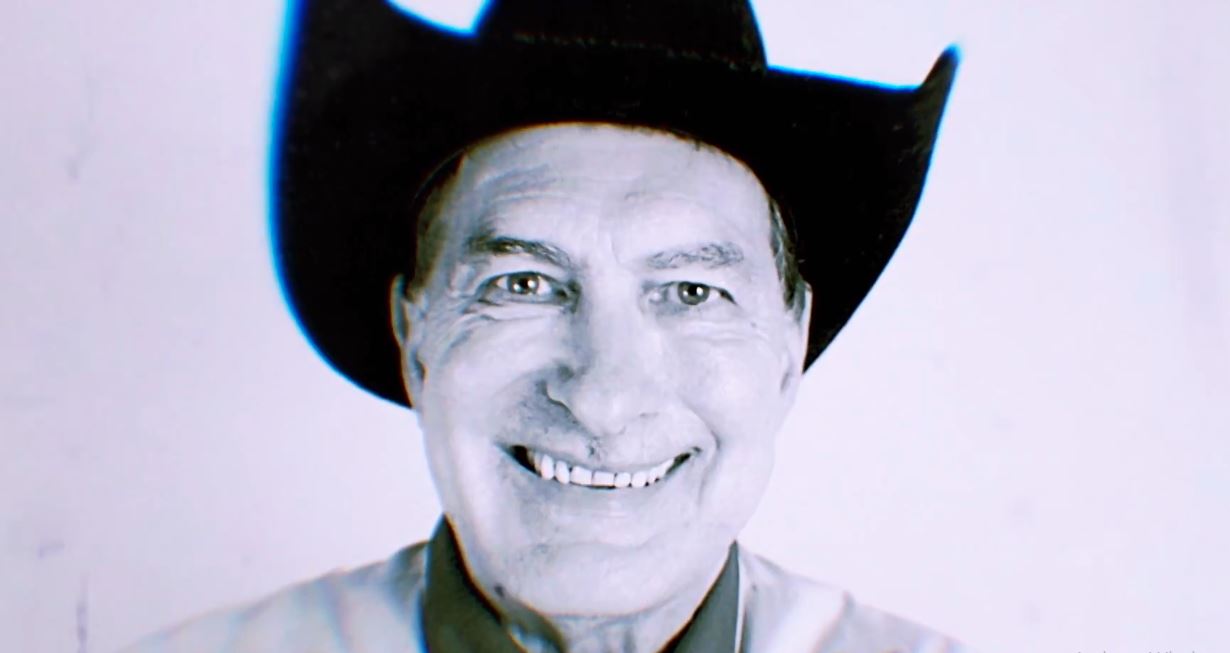 I’ve talked at great length in the past about how I came about Joe Bob Briggs during the MonsterVision era. That show was my jam. From those days on TNT through the present, I have and continue to be someone who champions Mr. Briggs throughout each stage of his career. While at the same time, between the end of MonsterVision and the beginning of The Last Drive-In, one would be remiss if they lost track of the happenings of Joe Bob Briggs. I have to admit, life happened, and I fell behind.

Correcting myself once The Last Drive-In kicked off in 2018, I felt like my old self: getting into the horror spirit, laughing, and learning—you’d swear I was back in my teens. One thing about myself that changed from the MonsterVision-era to the period we find ourselves in is that I don’t live in the moment quite as much now. I’m more appreciative that we get continued ventures with Joe Bob, not just popping in every week for a good ol’ time and expecting another episode the following weekend.

As Joe Bob entered the world of streaming services, I also caught wind of his one-man show, How Rednecks Saved Hollywood. With a title like that, my ears perked up, and I straightened myself in my chair. I did my due diligence, and the show sounded like a southern hootenanny if there ever was one. How does one get a show anywhere near the remote wilderness of the Pacific Northwest?

That’s a story for another article on another day. For the sake of this piece, know that Joe Bob did the unthinkable and made his way to the tiny town of Sandpoint, Idaho, to perform How Rednecks Saved Hollywood. I will not be going into the inner workings or the details that Joe Bob presents in his show. The show is worth the price of admission, and I don’t want to ruin anyone’s good time or the work Joe Bob did to craft such a performance. If you enjoy Joe Bob Briggs or are seeking an entertaining traipse through film and American history, How Rednecks Saved Hollywood may be the event for you.

Not wanting to blow my wad on details regarding the aforementioned upcoming article, long story short, I found myself sitting in the green room with Joe Bob, Darcy the Mail Girl, 100-or-so mini Solo cups, and a heaping amount of Wild Turkey 101. Joe Bob wanted to celebrate an intimate crowd at the Panida Theater in Sandpoint with style and appreciation for attending How Rednecks Saved Hollywood. Unfortunately, the state and theater do not allow open pour inside the venue, so the celebratory drink Joe Bob wanted to gift his fans became no more at the last minute. (Damn you, The Man!)

Upon showtime, Joe Bob hit the stage and killed it for over two hours of the highs, lows, and questionable moments in redneck culture. Never one to shy away from censorship, Joe Bob briefly addressed the law and the last-minute change to gifting those in attendance a shot (or five) of Wild Turkey 101. Yes, it was unfortunate, but it’s comforting knowing that each one of the Mutant Fam is special to him, and he has no trouble displaying his care for every fan of his.

After making his feelings known, the professional he is, Joe Bob jumped right back into his presentation—running through cinema’s finest hillbillies and rednecks.

After almost two and a half hours, How Rednecks Saved Hollywood came to a close, and those in attendance gave the man a well-deserved standing ovation. Joe Bob exited the stage and, not even needing a break, sat down to kick it with those in attendance to discuss varying topics. Some had met him before; others were geeking out. Joe Bob treated each person equally with affection. He sat and listened, then they stood and listened as Joe Bob dispensed stories. It was a celebration for those in the tiny town of Sandpoint, Idaho.

After the last Mutant had come and gone, I found myself with Joe Bob and Darcy back in the green room. You could tell it burned Joe Bob’s bacon that his plan for the Wild Turkey 101 didn’t go as planned. In a moment of defiance, Joe Bob took one of the 375ml bottles, with Darcy recording, and offered his thoughts on the ruling while taking a swig of the whiskey before exiting the theater. Boom! Message sent!

Pounding a bottle of Wild Turkey and offering your pointed thoughts may not make for an enticing article, but this night encompassed everything we love about Joe Bob Briggs. He cares for his fans, does everything in his power to make them feel appreciated, and when someone or something gets in the way, the man steps up and speaks his mind. It won’t set the world ablaze, but it shows that he cares for the little Mutants, like myself.

And speaking of the Mutant Fam, having Joe Bob Briggs take time out of his busy schedule to show love and appreciation to the small town of Sandpoint, I saw first-hand that the man cares for everyone associated with the Mutant Family. Seeing the yin/yang of him coming off the three-day Jamboree to hop across the country and mingle with those of us in the Pacific Northwest—that’s caring and dedication if I’ve ever seen it. While he’s only one man, and seeing every Mutant in every corner of the world is an impossibility, his appearance in Sandpoint signifies that he is willing and able to do what he can to accommodate every fan of his. And sure, not allowing open-pour to those in attendance was a dour moment; he never let that affect his mood or the mood of those in attendance. That swig he took wasn’t just for him; it was for the entire Mutant Family. He’s a rebel and always has been from his earliest days through this performance in Sandpoint. Even with Joe Bob keeping the bottle he drank in defiance, there’s still plenty left over for a lightweight like myself. The only question is, what to do with all the Wild Turkey 101?