I’m not going to beat around the bush. I have no idea what’s going on in the Tin Can trailer. Sure, based on the official plot synopsis, I can get a very vague, general sense of what I’m watching, but even then, it still makes me feel like I’m just looking at a bunch of loosely connected, almost random images. And you know what? I really like it. Here’s what the film is about:

Cold, pale and in the dark, Fret crashes back to consciousness inside a small metal chamber. Inside her confined cell, Fret attempts to piece together how she was imprisoned. As a scientist, who was on the brink of discovering a cure from a deadly plague, Fret desperately works to escape her cell to save the last of humanity.

Admittedly, that description raises more questions than answers, and as I said before, the trailer isn’t much help in this regard either. It looks like this is going to be another film where we have to learn about the story as it unfolds before our eyes, so the main draw here isn’t going to be the story (at least not until we see some reviews). Instead, the real selling point of this movie is the mystery and the creepy sci-fi/horror imagery in the trailer, and thankfully, those elements are both excellent.

Right off the bat, the Tin Can trailer feels like a more futuristic version of Saw, so you can’t help but wonder just what the hell is happening to this poor woman and her fellow captives. Are they being experimented on? Are their captors just sadistically torturing them? Or is it something else entirely? I have no idea, but the imagery in this trailer is cool enough that I absolutely can’t wait to find out.

Tin Can hits VOD on August 9, and then it’ll be coming out on Blu-ray on September 6. 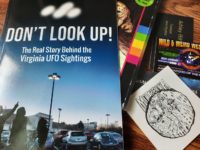