I’m a huge fan of cults. No, I don’t mean that I’m in one myself or that I think real-life brainwashing is cool. I just mean that I love movies about cults. I think the whole idea is fascinating, so I’m a big fan of films like The Wicker Man, The Sacrament, and Midsommar. That’s why I was so intrigued by The Summoned. While I didn’t know for sure that this would be a cult movie, the trailer seems to imply that the story at least has a cultish element to it, and that’s enough for me. On top of that, the official plot synopsis on the trailer’s YouTube page explicitly tells us that this is a supernatural horror film, so I was super intrigued. I love that combination, and I couldn’t wait to dive into this movie.

The Summoned was directed by Mark Meir, and it stars J. Quinton Johnson, Emma Fitzpatrick, Salvador Chacon, Angela Gulner, and Freddy Douglas. It’s about a man named Elijah who attends a very high-end, exclusive self-help retreat with his girlfriend Lyn, and almost immediately after they arrive, you can tell that something isn’t quite right.

Most noticeably, the guy who owns the place and runs the retreat, an enigmatic man named Dr. Frost, almost feels more like a cult leader than a real doctor, and the other people at this retreat seem like they have hidden agendas of their own. It’s just an all-around uncomfortable situation for Elijah, and as if that weren’t enough, he eventually learns that he was actually summoned there to pay a supernatural debt that goes back multiple generations. 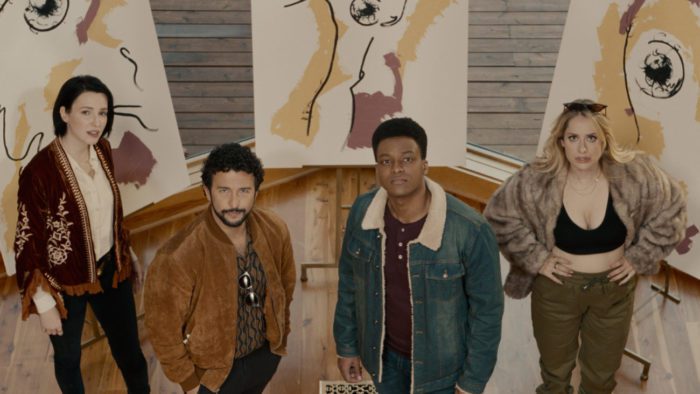 On paper, that sounds like a really great premise, but unfortunately, The Summoned doesn’t live up to its awesome potential. Right off the bat, the movie has a very “been there, done that” kind of feel to it, and that persists pretty much the whole way through. For starters, Elijah is Black, and his girlfriend Lyn is White, and the film begins with them driving down a lonely highway to get to the retreat. When I saw that, I almost had to do a double-take to make sure I hadn’t accidentally put on Get Out, and there’s even a moment when Elijah describes the upcoming retreat as “some white people sh*t.” It’s like the filmmakers wanted to be absolutely sure we wouldn’t miss the similarities between the two movies, and while that was only one scene, it was already a bit too much for me.

Then, when the couple arrives at the retreat house, the parallels just keep piling up. For example, almost everybody at the place is White, and there’s even one token “not quite White but close enough” character. What’s more, Dr. Frost and Elijah’s fellow attendees act pretty weird, so at a certain point, it really feels like you’re watching an indie rip-off of Get Out.

But oddly enough, The Summoned never goes all the way down that road. After Elijah’s one comment in the car, the racial dynamics are never mentioned again, so the fact that he’s a lone Black guy in a sea of White faces seems entirely incidental. It’s kind of strange given how closely the film parallels Get Out for the first several scenes, but I was happy to see the story take its own path instead of just aping Jordan Peele’s work. 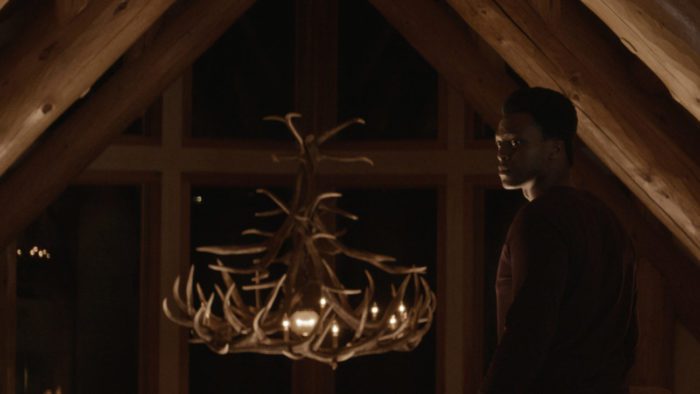 Nevertheless, those surface-level similarities were enough to put a sour taste in my mouth, and the movie was never able to overcome that bad first impression. Even though it doesn’t go in the direction it seems to be headed at first, it always feels really predictable. It might take you a little while to figure out what’s going on, but once you do, the story plays out pretty much exactly how you’d expect. Granted, you obviously don’t know all the details, but for the most part, the main narrative beats are easy enough to predict.

To be fair, The Summoned does have a few unexpected twists and turns up its sleeve, but even those moments feel pretty bland. They might not be exactly what you’re expecting, but once you see them, they feel like the kinds of surprises you’re not surprised to see. In other words, we’ve seen these kinds of twists a million times before, so even though they spice up the story a tiny bit, they’re not nearly interesting enough to overcome the overall bland story.

Then, once the third act hits, the movie ditches the Get Out imitation and basically turns into 2019’s Ready or Not, and that pretty much sealed the deal for me. I was hoping the final act would at least have some cool horror in it, but instead, it was just more of the same. It felt like something I had already seen before (and seen a better version of!), so there simply wasn’t much here to keep me interested.

All that being said, I don’t want to give the wrong impression. I didn’t hate The Summoned. In fact, I found it pretty watchable. I was never squirming in my seat just waiting for the movie to be over, so I actually had an okay time with it. But that’s about all I can say for this film. It never rose above the level of merely decent, so at the end of the day, I’m sad to report that I wouldn’t recommend it. Sure, if you do end up checking it out, you probably won’t have a terrible time, but if you’re looking for some good new horror to watch, there are much better options out there.

The Summoned hits VOD on July 7.