Well, it’s finally happened: The long-awaited “Volume 2” of Stranger Things Season 4 has dropped, and the rumors are in fact true: the combined runtime of the final two episodes is indeed four hours. Was the conclusion to a truly standout season of the hit series good? Yes, it was. Could it have been better? Yes, it could have. Creatively, some really risky choices were made, and that’s what we’re going to get into here. If you haven’t seen the penultimate episode or the Stranger Things Season 4 finale, beware as there will be spoilers ahead.

The internet has been speculating for days over rumors that as many as five cast members could be meeting their demise in Volume 2 of Stranger Things Season 4. Fan-favorite Steve seemed to be primed and ready to meet his maker, with his story focusing on how much the crew depends on him, how highly they all think of him, and his admissions to Nancy about seeing a future with her, including six kids and a Winnebago.

Steve not dying here in the Stranger Things Season 4 finale, to be blunt, is a missed opportunity. Having him be a hero all year long only to slink into the background in the final 20 minutes of the finale when Jonathan arrives is a really risky creative choice. It felt so anticlimactic to have Jonathan, a character who was largely wasted all year save for a touching scene with his brother, come into town and Steve to just…leave. Why spend so much time investing us in Steve and Nancy if the final moments of the year are a dud—or more accurately, a tease for the love triangle returning for the final season.

Stranger Things now has a habit of avoiding the deaths that would add a layer of trauma to the show, as well as increase the narrative stakes. As much as I love Hopper, they should have killed him off at the end of Season 3. They wasted an emotionally charged sequence to bring him back for what was the weakest story arc of this year. Sure, seeing Joyce and Hopper finally kiss was a great moment, but I don’t think it makes up for the missed opportunity with the impact his death would have had.

Same with Steve here in the Stranger Things Season 4 finale. Of course, it’s nice that he’ll still be around, but seeing as how this finale was in fact all about setting up the final season showdown with Vecna, why not raise the stakes? The visual of Hawkins merging with the Upside Down was cool, but as a villain, Vecna was largely defeated. Max is in a coma, not dead. Eddie, as great as he is, was a first-year character and we all know how much Stranger Things loves killing off intriguing new characters, for example, Bob in Season 2 and Alexi in Season 3. 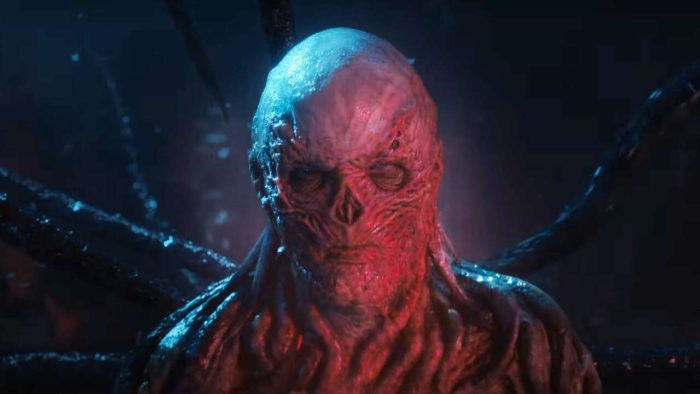 Vecna killing Steve would have positioned him as the true “big bad” of the series, which is what they tried to do here in the Stranger Things Season 4 finale. But it lacked the punch it needed. If Steve wouldn’t have survived this battle, our returning characters would be fighting for him, trying to avenge his death, all while dealing with their own grief. This was the time for a major death, and we didn’t get it.

Running Up That Hill

Season 4 placed a nice layer of prominence on Max, which considering how large the cast is now, wasn’t a given despite her large role in the previous two years. Max was stalked by Vecna and seemed destined to be a victim or a hero, all while dealing with her complicated grief of her stepbrother Billy’s death.

Arguably, Max would be neither a victim nor hero by the end of the Stranger Things Season 4 finale. She’s left in a coma, but not dead at the hands of Vecna. To double down on a previous point, Vecna really needed to kill a main character to come back strong as the final villain of the series, and the best he can do is put Max in a coma. It didn’t do the monster any favors nor did it do the character of Max justice, as she deserved either a hero’s moment or a glorious death after an amazing performance all season long.

The closing moments of the Stranger Things Season 4 finale saw everyone reunited in a destroyed Hawkins, after a year of being in different locations. I believe the intent was to be celebratory that everyone is back together, but it really begged the question of why they were split up in the first place. Did we really need a whole year of the gang split up between Hawkins, California, and Russia? As much as I loved the visual of Matthew Modine’s character Papa dying in the desert, did we really have to have such a hard split amongst the core cast this year?

In a sense, this speaks to a larger problem the show has: the cast is entirely too big for this series. This isn’t Lost where you’re killing off a major character on a regular basis. Stranger Things is stockpiling this incredible group of characters, and I suppose you almost had to split them up like they did this year, even if it never felt right. This also lends itself to the episode length issue. You don’t want to cut scenes like at the pizza place with Mike because the main characters like Mike didn’t really have that much to do. He was reduced to a boyfriend role after being a series lead previously in the series.

While it might seem like I didn’t enjoy the Stranger Things Season 4 finale or even the season as whole, that is not the case at all. The season is my second favorite overall, after only the first season, and I found the penultimate episode to be tremendous. The finale, I had some problems with it, but it was still enjoyable. I’ll be writing a lot more about Stranger Things here in the near future, so stay tuned in to HorrorObsessive.com for more!