Living in a time where it’s actually more reasonable to buy an entire town than it is to afford an apartment in a major city, a new trend has emerged in the horror commentary scene. Seeing it first in the latest Texas Chainsaw Massacre film, the new trailer for found footage film A Town Full of Ghosts utilizes the same mechanic to lean into the jump scares of the not-so-abandoned town of Blackwood Falls. The movie follows Mark and his wife Jenna, who’ve sold everything to turn the town into a destination tourist trap complete with hotels, restaurants, and attractions. Hiring a small film crew to chronicle their efforts, the couple begins to suspect the town is haunted as mysterious new information about the place comes to light. 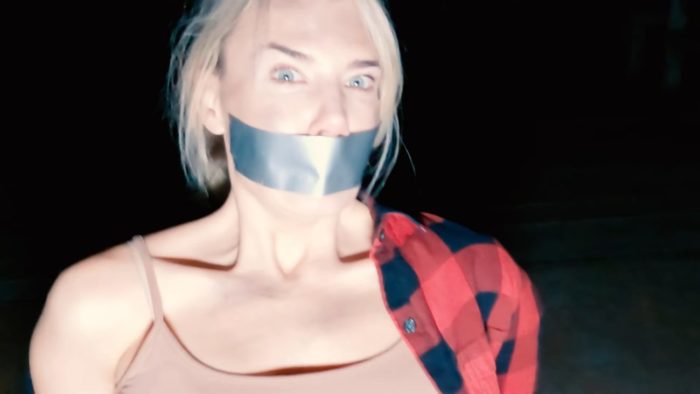 The plot is pretty well outlined in the A Town Full of Ghosts trailer, which, if I’m honest, may give a little too much away. But the idea here is how twisty director Isaac Rodriguez wants to get with the story he’s telling. Clearly, we see some sort of figure, possibly wearing a bedsheet through a missing board in a fence, but whether that’s part of the gimmick or something else is more ambiguous. It then regales us with the town’s disturbing history and suggests some paranormal activity. If the film subverts expectations, the audience could end up on a path full of cantankerous squatters who don’t want to see their town changed, or we may see a host of spirits sneaking up in the vast labyrinthian darkness. Either way, the idea sounds entertaining.

It’s clear Rodriguez has a love for found footage horror. The Last Radio Call and Deadware director even appears in the film, providing his voice as narrator. And while I think the trailer missed an opportunity to riff on the Matt Damon family drama, We Bought a Zoo, by calling the couple’s blog “We Bought a Ghost Town,” I get a very Hell House LLC vibe and I’m excited to see what this ghost town will throw at us.

A Town Full of Ghosts will release on VOD on June 18.