Monster movies can be deceptively tough to get right. While it may seem like all they need is a cool creature design and some fun attack scenes, there’s actually a lot more to them than just that. There’s a real art to making these films, so the vast majority of them end up fading away into cinematic obscurity. But a select few have managed to rise above their peers and become legit cult classics (or even just regular classics!), and when I saw the trailer for The Prey: Legend of Karnoctus back in April, I thought this movie had a chance to join that group. It looked like the filmmakers behind it understood what goes into a good monster film, so I couldn’t wait to see it.

The Prey: Legend of Karnoctus was directed by Eric Hensman and Matthew Hensman, and it stars Nick Chinlund, Adrian Paul, Kevin Grevioux, Fahim Fazli, Adolfo de la Parra, Justin Arnold, Masika Kalisha, and Danny Trejo. It’s about a group of mercenaries and soldiers who get trapped inside a cave in Afghanistan, and as they try to find their way out, they soon realize they’re being hunted by a deadly monster the locals call Karnoctus.

If that premise sounds familiar, you’re not crazy. The Prey: Legend of Karnoctus is a very intentional homage to 1980s action and monster movies, and it does a really good job of paying tribute to them. For example, it’s structured a lot like Predator, starting out as an action film and then morphing into a horror flick once the soldiers find out they’re being hunted by a monster.

On top of that, the opening action scenes and the dialogue in them are also very reminiscent of the movie’s cinematic influences. Most noticeably, it has a lot of macho-type men shooting big guns at their enemies as they spout somewhat witty one-liners, so there were a few times when I half expected Arnold Schwarzenegger to show up. 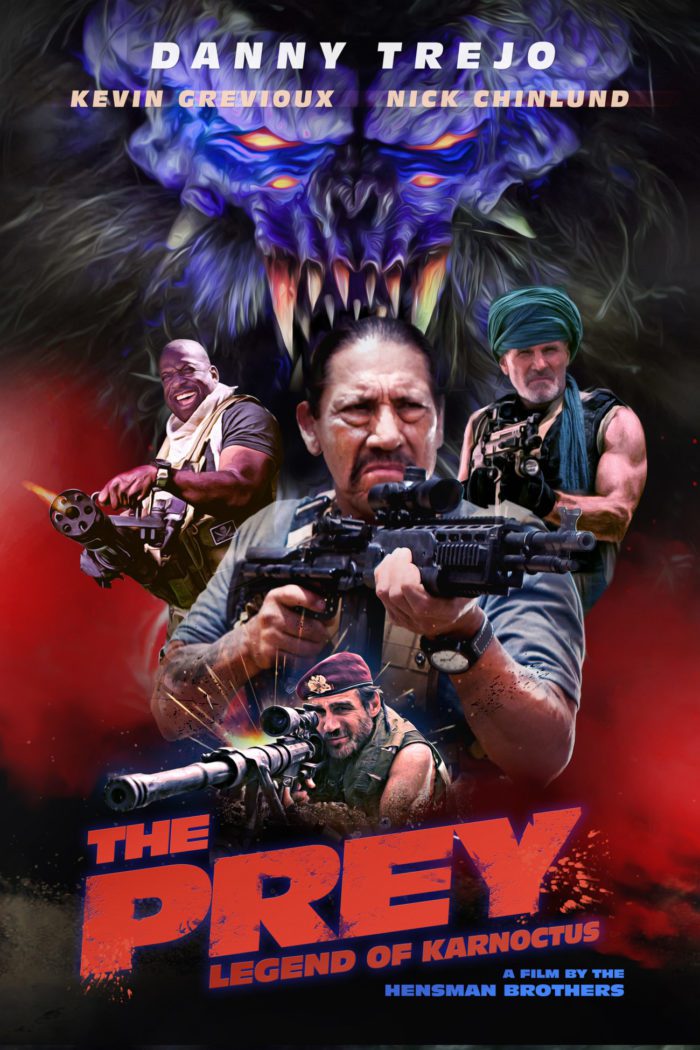 But above all else, The Prey: Legend of Karnoctus seems like an homage to two films in particular: Predator, which I already mentioned, and Aliens. See, this movie has two main groups of characters, and each group parallels one of those movies pretty closely. First, we have the soldiers. They’re all very young and inexperienced, so I couldn’t help but be reminded of the young marines in Aliens. There’s even a mentally weak member of the group who begins to break down pretty quickly, much like Bill Paxton’s character in Aliens, Private Hudson.

In contrast, the mercenaries are an older group, and they’re hardened combat veterans. They’re the macho guys who shoot big guns and deliver clever quips in the middle of deadly firefights, so they obviously reminded me a lot of Dutch and his gang of soldiers for hire. What’s more, they even talk about getting away on a chopper several times, so the parallel is just about impossible to miss.

Now, if you’re a fan of those movies, you might think that The Prey: Legend of Karnoctus sounds like a fun throwback, but unfortunately, it actually falls pretty flat. In particular, it has one big flaw that really sank the film for me: the characters just aren’t interesting enough to carry this story.

To be fair, I actually had a pretty good time with them for about the first half of the movie. The film does a good job of making them feel like real people rather than just fodder or generic stereotypes, so I was totally on board with them at first. Granted, they’re not all super likable, but as a whole, I enjoyed watching this ensemble for a pretty long time.

However, when the halfway point hit, their charm started to wear off, and I began to get bored with them. They were interesting and fun enough to carry half of the film, but not the whole thing, so for pretty much the entire second half, I was hoping the movie would switch gears and focus more on the monster than on the characters. 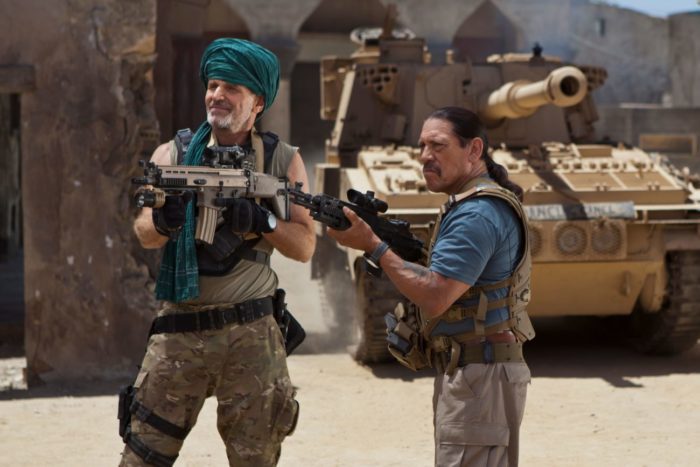 But it never did, and I totally understand why. The best monster movies (like Alien, Aliens, Predator, and Jaws) are primarily about the human characters and their response to the monster, not about the monster itself, and the filmmakers behind The Prey: Legend of Karnoctus seem to understand that. They made a film that continued that hallowed tradition, but unfortunately, the characters in it just weren’t strong enough to carry the narrative load.

That being said, there is one thing in The Prey: Legend of Karnoctus that I absolutely loved: the monster itself. We only see it sparingly throughout the movie’s runtime, but when it does show up on screen, it’s awesome. It has a really cool design that manages to pay tribute to some classic movie monsters while still being pretty unique, and even though it doesn’t have any unexpected powers or abilities, it plays the role of ferocious, man-eating beast as well as just about any monster ever did.

But on the whole, that one strong point isn’t enough to outweigh the film’s big flaw, so while this was by no means a waste of time, I’m sad to say that I can’t really recommend The Prey: Legend of Karnoctus. I love the fact that the filmmakers behind it were trying to make an old-school monster movie in the vein of Predator and Aliens, and I think they did an excellent job with the monster itself, but they simply didn’t make the characters interesting enough to carry an entire movie. That really sank the film, so if you’re looking for some good new horror to watch, I suggest that you look elsewhere.

The Prey: Legend of Karnoctus will play at the Regency Theatres Van Nuys Plant 16 in Los Angeles for a week starting on June 3, and it will release on all major cable VOD platforms on June 7. Then, it will hit digital VOD (like Google, Amazon, and iTunes) on July 7.