Shelby Oaks has just become the highest-funded horror project on Kickstarter. The project has just passed the $1 million mark. Shelby Oaks doesn’t have a star-studded cast, and the writer and director is a YouTube film critic, Chris Stuckmann.

Deadline reported that on Monday, Shelby Oaks reached $650,000 from 6,700 backers after three weeks on Kickstarter. It passed $1 million only four days later and added 4,500 backers. According to Stuckman, the project is also drawing the attention of studios.

Inspired by films such as Lake Mungo, The Blair Witch Project, and Zodiac, the film is about a fictional mid-2000s paranormal investigation team, The Paranormal Paranoids. Found-footage videos surface online, with one showing what looks like the abduction of head paranormal investigator Riley. Fans of horror and ARGs (alternate-reality games) start to wonder if the videos are real and where the investigators are. Riley’s sister Mia is searching for her sister and trying to find out what happened to The Paranormal Paranoids. In the process, Mia uncovers something sinister that dates back to her and Riley’s childhood. Shelby Oaks will be shot in a combination of found footage, documentary, and traditional film footage styles. 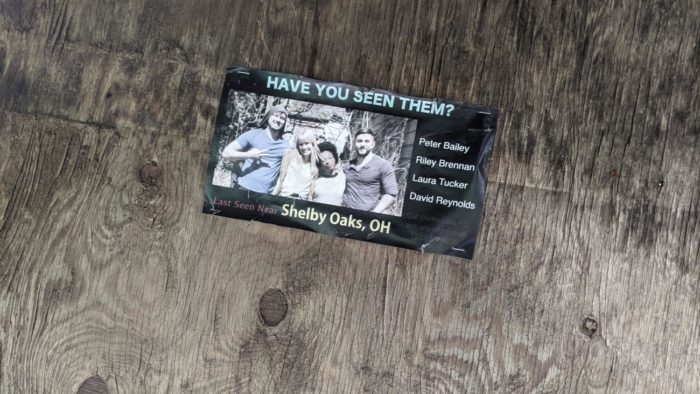 Deadline quotes Stuckmann in a video message to contributors. “It’s so crazy, I don’t know what to say. We can already make the movie in the way we want to. Thank you, thank you, thank you. Two big studios have reached out to read the script. If they take it, it would change everything again.”

Shelby Oaks is set to begin production in May in Cleveland. Aaron B. Koontz of Austin-based Paper Street Pictures is producing the film, alongside Cameron Burns and Ashleigh Snead. Burns and Snead previously worked on Scare Package and The Pale Door.

Deadline reports that Stuckmann signed with Gotham Group last year and has multiple horror scripts in the works. Stuckmann currently has two million subscribers to his YouTube channel. Check out Stuckmann’s Kickstarter trailer here to find out more about Shelby Oaks.