I’ve mentioned before that Found Footage wasn’t always my favorite, in fact, I was a bit cynical of the whole subgenre. Then I watched movies like The Tunnel and the switch flipped: this is why I watch movies. This is how it should be done! Soon I was swimming through an entire catalog of older Found Footage flicks, figuring out which styles stuck with me. So when Shudder announced a documentary called The Found Footage Phenomenon, you know I was interested!

Starting with the classic trope line “The following is based on real events,” the documentary features interviews with many directors and people involved in the genre like Patrick Brice (Director of Creep), Derek Lee (Director of Afflicted), and Dean Alioto (Director of The McPherson Tape) as they explore what draws them, as filmmakers, as audiences to the genre. Even some of the guys behind Frankenstein’s Army show up!

Suspension of disbelief is something you need to have to go into any film, but for Found Footage, in particular, it’s important, as the camera itself is a character. It’s often normal people going through extraordinary or gruesome events and the connection lies with our view into this world; through the character holding the camera. We are essentially extra players in the game. Films are often more intimate, as they tend to contain only a handful of characters. I think this is why it can be especially hard to stick the landing—if you don’t connect with these people, why should you care what happens to them?

Obviously, not every film follows a group of heroes; some are static CCTV footage, others recorded by the villain, etc. Which adds another layer itself—the connection/disconnect from the action we are witnessing in “real-time.” James Cullen Bressack (Director of Hate Crime) describes the quality of seeing footage you’re not supposed to, that the film itself is something dangerous (I feel the same was about retro-style indie horror games). It’s using a level of reality against us.

Others mention how why Found Footage gives the appearance or illusion of being cheaply made, there’s actually a lot of time and effort put into making them. Timing is extremely important as well as the camerawork because the camera-person is a character. You also need to justify WHY the camera is still rolling (another reason why many flop, in my mind). Of course, they can be effectively made on limited budgets—Paranormal Activity originally cost $15,000 before it was picked up for distribution and became a worldwide phenomenon. Robert Savage (Host, 2020) mentions how it’s enmeshed with the evolving aesthetics of technology, from VHS tapes in the 90s to smartphone videos of today. Horror needs to keep up with the world by taking advantage of modern mundanity and using that as part of their bag of tricks, such as Unfriended or Megan is Missing.

Storytelling across all mediums has used these tricks, and the documentary gives a few examples. The original novel Dracula is written in the form of letters, retelling the events through those who witnessed the events. War of The Worlds, the original radio broadcast, used a format people trusted for news and information to fake a Martian invasion. The amount of people who panicked has been disputed, but its legacy remains to this day. 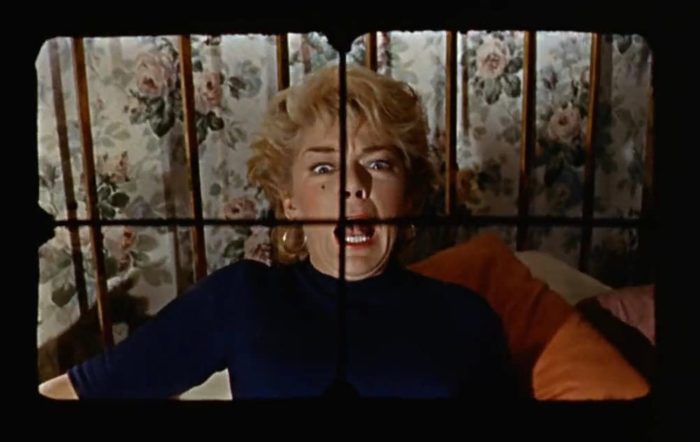 Going back through films of the 60s that played with POV scenes like Peeping Tom, we get into the history of the newly emerging subgenre, with Cannibal Holocaust director Ruggero Deodato reflecting on his experiences with the infamous film. It was one of the first to attempt to pass off the events as real, thus hiding the actors after production (and having to later prove to the courts that yes, they are still alive and it was all fake). This, and other films of the 80s quickly led to the Video Nasties, where films were outright banned for content in the U.K.

I was absolutely delighted to see Koji Shiraishi, who directed what I consider one of the best Found Footage films, Noroi. In contrast to many others in the genre, it’s pretty long, and that gives you time to mull over the events taking place and put it together yourself. It also uses my fave style of Found Fiction, the fake documentary. (Highly recommend checking it out if you haven’t…It’s on Shudder!)

Moving on to the 90s proper, The Blair Witch Project injected new life into the horror world and was wildly profitable. Many of the filmmakers in this doc describe how important Blair Witch was to them personally. It basically perfected the format and came about at the perfect time, as the internet was just taking off as a household staple. It’s no coincidence that Creepypastas were also emerging, as they are pretty much the written version of Found Footage.

It also brought forward the way cinema is marketed, and how you can use tie-in websites as a form of storytelling. Movies and video games have been including ARGs leading up to release for years now. (I specifically remember Bioshock 2 having a lot of fun clues for fans.)

With the creation of YouTube, soon everyone was capable of filming themselves and filmmakers were able to use this in new and interesting ways. Series like Marble Hornets and various “Real footage of cryptid” videos—I was a preteen around this time, and there are several instances where I did totally believe what I saw was real! The next big hit that renewed interest in the genre was 2007’s Paranormal Activity, which spawned not only many sequels but also a ton of “look-alikes” to profit off the trend. This is around the time I became disinterested in the genre; I didn’t see the first Paranormal film and was dragged to the sequel, which to me was completely boring. “If this is what Found Footage has to offer, I’m good.” A few years later I watched Noroi and got my head out of my ass!

As a horror fan, this is THE definitive Found Footage Documentary. The sheer amount of people interviewed, the details of the filmmaking process, and the history of the genre are fascinating. I would highly recommend it!