One of my favorite subgenres is, admittedly, the one filled with the most trash: Found Footage. With Found Footage it seems like the worse the film looks, the more you can get away with. By that I mean you can use subpar practicals if you’re filming on a camcorder from 2001 since the film quality won’t give too much away. The Found Footage subgenre has imploded in on itself from the oversaturation of films that cost 15 bucks to make over a long weekend, but occasionally if you dig through the rubble long enough, you’re willing to find that diamond. And folks, I think we found that diamond! Let’s talk about Malibu Horror Story, one of the two films I would personally consider as best of the fest.

This film is about a group of paranormal investigators who enter a set of caves that lay deep in the woods of Malibu, California. These caves, as with most of the land in America, belonged to the Native Americans who resided here before us. What are they doing in this cave? Well, a group of affluent kids, who had just graduated from high school, went out into these woods for a little celebration…only the four of them were never to be seen again. The group of investigators, the Paranormal Files, decide to go deep into these caves, the last known location of the high schoolers to root out the spirits that may very well have taken the lives of these young kids. 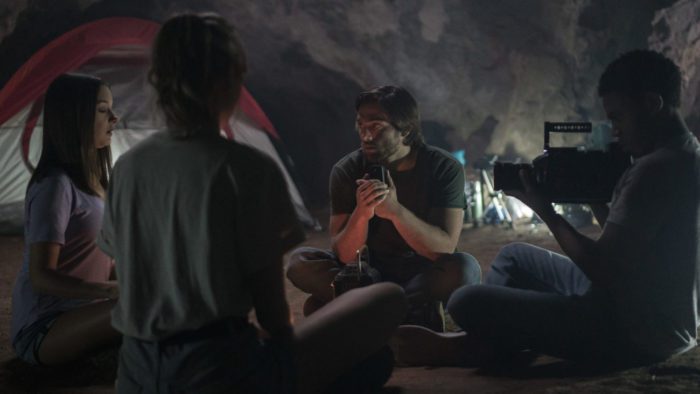 Now, it should be stated this film isn’t completely Found Footage, but there is a ton of footage we are shown about the night the four kids went missing from the camera they had. As much as I love Found Footage, it can definitely go over the top and become more of a gimmick rather than a tool. One of the things I appreciated about writer/director Scott Slone’s choice was to give us a heaping dose of Found Footage, but pull back and also give us locked shots. At its core, Malibu Horror Story is about the film within the film, it exists as a conduit for the Found Footage but still excels as a film itself. The other choice Slone made that I found to be really impressive is the tool that is used for exposition.

As someone whose YouTube homepage has been carefully crafted to be a mixture of film reviews, Minecraft videos, and true crime/true paranormal, the exposition scene really stuck out to me here. The exposition comes through a scene in which Jessica Cooper (Rebecca Forsythe) sits down Josh Davidson (Dylan Sprayberry) to show him the opening of the Paranormal Files episode she has edited thus far. What ensues is a video that would make the YouTube channel That Chapter or Evolve With Us flush with joy. The way they go about the exposition feels like what the best of the best YouTube crime commentators would create. It’s perfectly realistic and gets the point across without being some dumb two-page dialogue exposition scene. That’s enough word vomit about that, though. 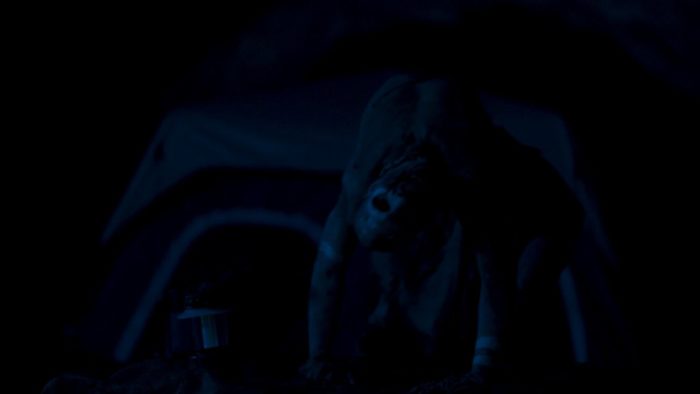 After letting this movie sit with me for some time before sitting down to write this I still haven’t figured out if the caves, which take up a really good section of this film, are actually real caves or just fantastic set design. I’m not really sure what the budget for this movie was, but with some of the songs that are licensed for it, it had to be a nice chunk of change so it wouldn’t surprise me if this was just excellent set design. Oh, and on the topic of music? We get a visit from our good ole friend Snoop Dogg. It’s funny, there are so many points in this film that should stick out to me, but the most impressive thing, for some reason, was the inclusion of such a heavy hitter of music that needs licensing.

When it comes to making a film about teenagers, you can really go one of two ways: writers who don’t know how to write for teenagers or a writer who understands the current vernacular but the actors are garbage. Thankfully, that is not the case for this film…partly. Slone really knocks the dialogue out of the park and makes it feel like they live in the dialogue they speak, it never really feels overtly forced or fake. It also helps that the actors who play the four teens do a good job at playing privileged kids who can get away with what they want but still have restraint within their performance. At no point did I feel like, “these teens are so annoying, I hope they get brutally murdered,” which is how a lot of characters like this have typically been written. Malibu Horror Story is a film that was 10 plus years in the making, and it goes to show that through tenacity and persistence you can truly achieve great things. Many of the elements within this film have been done before, and there is no argument to that point. But knowing that this film was conceived long ago and uses these elements, very well, that has been done to death at this point brings this film into a whole new light for me. Slone’s love for film and the genre really shines in this hybrid film, and I have a feeling that genre fans will find a lot of entertainment, enjoyment, and fear in this film. Through a conversation with Slone, he has proven that he understands not only the genre inside and out but the art of filmmaking as well.

If you enjoyed Malibu Horror Story and want to hear more about it in depth keep an eye out for my interview with writer/director Scott Slone. He is a funny, witty, and all-around fantastic human; horror is in good hands with him.