Salem’s Lot, based on Stephen King’s vampire novel of the same name, is set to be released in September 2022. The story follows writer Ben Mears on his return to his hometown Jerusalem’s Lot. While there, he begins writing a novel revolving around the mysterious and supposedly haunted Marsten house. A series of murders in town interrupts his work and eventually puts him at the center of a real-life vampire hunt.

Salem’s Lot saw its first adaptation in 1979 with a made-for-TV miniseries starring David Soul as Mears. Soul was best known for his role in the ‘70s crime drama, Starsky and Hutch. In 1987, a made-for-TV sequel aired, Return to Salem’s Lot starring Michael Moriarty, and in 2002, a remake of the original was released starring Rob Lowe, Donald Sutherland, and Rutger Hauer.

James Wan is producing the 2022 remake, along with Atomic Monster Productions and Vertigo Entertainment, with Gary Dauberman directing. Wan directed Insidious, The Conjuring, and Malignant. Dauberman is no stranger to King’s work. He wrote the screenplays for It (2017) and It Chapter Two (2019), based on King’s novel It (1986). 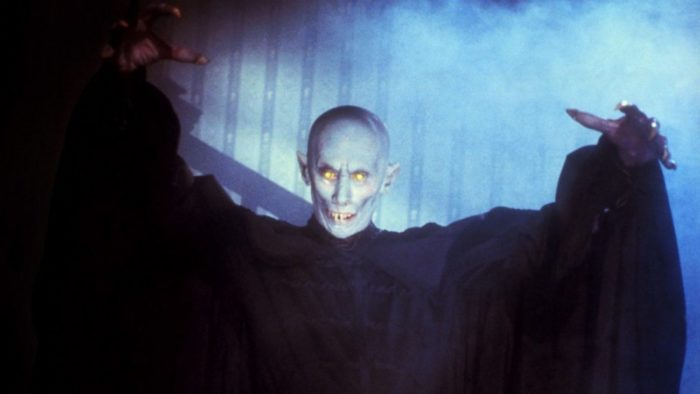 The 2022 remake stars Lewis Pullman as Ben Mears with Makenzie Leigh, Bill Camp, Spencer Treat Clark, and Alfre Woodard. Pullman is best known for his roles in the 2018 movies The Strangers: Prey at Night and Bad Times at the El Royale. Leigh is known for her role in Ang Lee’s Billy Lynn’s Halftime Walk (2016). Camp is known for his roles in the movies Lincoln (2012), Compliance (2012), and 12 Years a Slave (2013). Clark most recently appeared in Much Ado About Nothing (2012) and Glass (2019). Woodard appeared in many feature films during her career, with the most recent being Annabelle (2014), which was written by Dauberman with Wan as a producer.

New Line Cinema announced that a Salem’s Lot remake was in the works in 2019. Warner Brothers premiered footage of the movie at this year’s CinemaCon, an annual convention for theater owners in Las Vegas, hosted by Aisha Tyler. During an interview with Tyler, Dauberman told Tyler how King’s books served as an inspiration during the writing process.

Cinemablend quotes Dauberman as saying: “I go back to the Stephen King novels where everything feels very real and very grounded. I mean, Derry, Castle Rock, Jerusalem Lot, they all feel like real places in Maine. They all feel populated by real people, and I wanted the scares to feel really grounded because they’re just gonna be that much more scary.” Dauberman added: ”Vampires are…you know, they’re terrifying to look at, but also it’s about performance. It’s about their inhuman human-ness that just makes them all the much more scary.”

The second published novel by Stephen King, Salem’s Lot was originally published in 1975. The novel received two award nominations for the World Fantasy Award in 1976 and the Locus Award for All-Time Best Fantasy Novel in 1987. In a recent Screen Rant article, writer John DeFloss described the Salem’s Lot footage as “appropriately riveting and eerie.”

Salem’s Lot is set for release on September 9, 2022. HBO Max will stream the movie 45 days after its theatrical release.