Sometimes when you watch a horror movie, you have a pretty good idea of what you’re going to get. For example, if you’re watching a slasher film, you know you’re going to see a lot of gory and inventive kills, and if you’re watching a zombie movie, you can be pretty confident that you’ll be seeing a group of people trapped in an enclosed area with a bunch of zombies trying to get inside. But when I watched The Curse of Professor Zardonicus, I pretty much had no idea what to expect. I knew the basic premise of the film, but beyond that, I wasn’t really sure what I was in for. I was excited to dive into the cinematic unknown and I’m happy to say that I was not disappointed.

The Curse of Professor Zardonicus was written and directed by Gabriel Theis, and it stars Alec White, Gabriel Theis, and Cat Thomas. It’s a mockumentary that presents itself as footage from a failed film school documentary and it’s basically just about two characters, Greg and Darren. Greg is a film student, and for one of his classes, he has to make a documentary about one of his fellow students. As he’s trying to find a good subject for his film, he’s contacted by Darren, a loner who also attends the same school, and he finds out that Darren claims to have been attacked by a local urban legend named Professor Zardonicus.

Greg is understandably skeptical, but Darren seems 100% convinced that his encounter was legit. He’s super passionate about the existence of the creature, so Greg goes along with his crazy ideas and films Darren’s attempts to prove that Zardonicus is real. As you might expect, Darren is met with scorn and ridicule just about everywhere he goes, and as his quest becomes more and more fruitless, he becomes more and more fanatical. 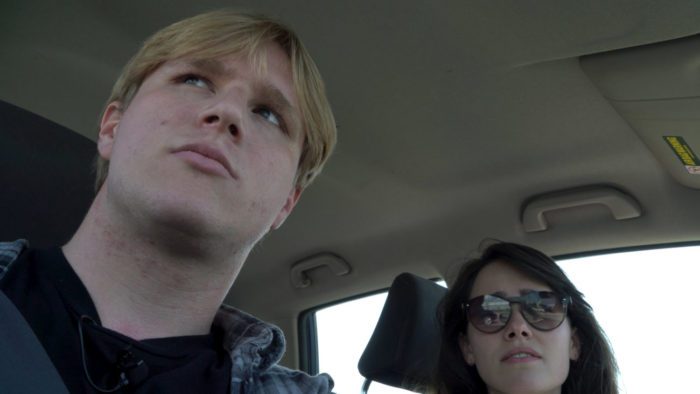 I have to be honest, for about the first half of The Curse of Professor Zardonicus, I had serious doubts about the film. While I never fully checked out, this part of the movie didn’t grab me the way the second half did.

For starters, I didn’t entirely buy into Darren. He wasn’t particularly bad, but he wasn’t all that believable either. Most notably, actor Alec White’s mannerisms gave the impression that he was trying way too hard to make the character seem like a conspiratorial psycho so I had trouble accepting that Darren was a real person and not an actor playing a role.

And this is a big problem because The Curse of Professor Zardonicus is really Darren’s movie. Greg is behind the camera for most of the film’s runtime, so Darren gets the lion’s share of the screen time. He’s the heart and soul of this story, and since I wasn’t enamored with him for the first half, the movie dragged a bit during this part.

Along similar lines, I also wish the first half of the film did a better job of making us really wonder if Darren’s story was legit. I wanted to be genuinely unsure of whether I believed him or not, but this part of the movie doesn’t let us do that. Instead, it makes him seem like a total nutjob, so it almost forces us to dismiss him as just another crazy conspiracy theorist who simply wants his 15 minutes of fame. That sapped the story of a lot of potential tension, so along with the mediocre main character, it made the first half of The Curse of Professor Zardonicus fall well below my expectations.

But then a bit after the halfway point, everything changed. I don’t want to spoil anything so I’m going to be really vague here. Suffice it to say, Alec White’s performance as Darren became totally believable, and the credibility of his character’s story stopped being an issue. In essence, the movie stopped being about whether or not he was telling the truth, and it became more about how unhinged this guy really is. 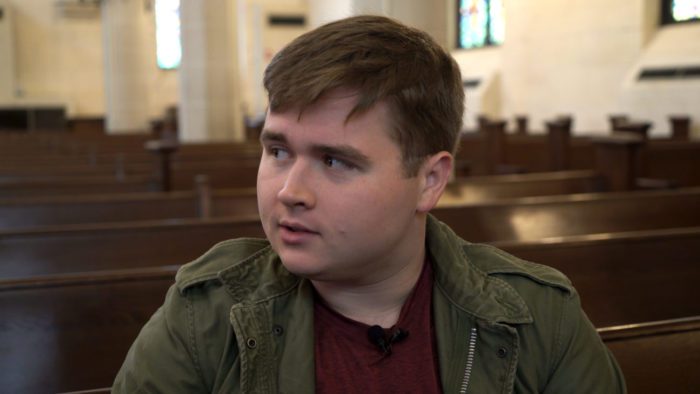 It was like a really cool mix between Creep and The Gift, so I went from not completely buying the story to being totally hooked in literally just a matter of seconds. Darren turned into an excellent antagonist, and I had no idea what he was going to do from one minute to the next. I was genuinely worried for Greg, and that concern kept me on the edge of my seat.

And then the ending happened. Again, I’m going to be super vague to avoid spoilers, but the last 15 minutes or so are hands down the best thing about The Curse of Professor Zardonicus. This part goes in a direction I was not expecting, so I was truly surprised and very pleased by the way the story ended.

So all in all, I’m really happy to say that I heartily recommend The Curse of Professor Zardonicus. While the first half is pretty lackluster, the second half (and especially the ending!) is totally worth the wait. That being said, just make sure you know what you’re in for when you watch this film. Despite what the premise may suggest, this is not a monster movie. It’s more of a psychological drama/thriller along the lines of the two films I mentioned earlier, and the horror elements only really come in towards the end. So if you’re looking for a good old-fashioned creature feature, you’re not going to find it here. But if this sounds like the kind of movie you’d enjoy, you should definitely check it out. It’s one of the best-hidden gems I’ve seen in 2022, and while it’s still pretty early in the year, I’m confident that it’ll still be one of the best come December.

The Curse of Professor Zardonicus hits VOD on April 29.