It’s funny, even though I’m a huge fan of PS1-style horror games, I never actually owned one as a kid. It wasn’t until my teens that I was able to play classics like Silent Hill, and Resident Evil 4 was my entry into the acclaimed survival horror series, so perhaps the nostalgia is more the overall vibe of that era. There’s certainly something scarier to them, which I feel is best described as the vibe when you’re a kid staying up too late watching movies and scary sh*t starts happening; the feeling of seeing something you’re not supposed to and that you could get caught at any moment.

JANITOR BLEEDS, the newest title from Korpus, fits this theme well. Korpus is a dev team that I’m a fan of from their previous title Buried over the Black Soil. JANITOR BLEEDS was previously featured in the Haunted PS1 Demo Disc.

After a car crash in the woods, you become trapped in an abandoned arcade. Wandering around, you find a mysterious arcade cabinet called JANITOR. An ominous message on the wall next to it reads “DO NOT PLAY,” so what could possibly go wrong? 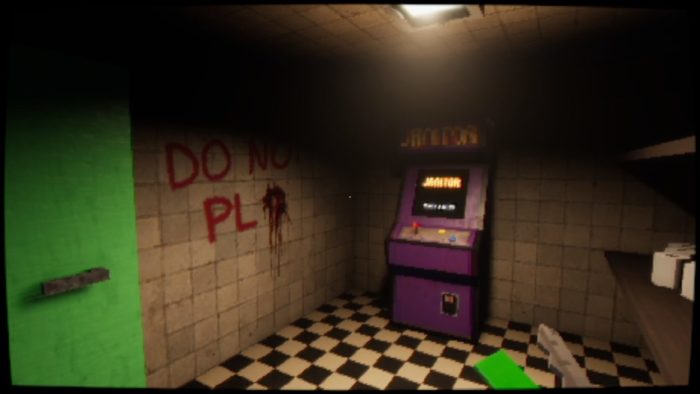 It’s a very simplistic Atari-style game where you clean up garbage as a little pixelated janitor. But something sinister is attached to this game, and soon emerges into the arcade proper. “The Entity” is a literal glitch of static effects and flashing lights—and it’s terrifying. The screen will become increasingly distorted as it approaches and it WILL hunt you down if you’re spotted. The Janitor game will appear in different locations across the arcade and you’ll need to play it to solve puzzles and obtain items allowing you to progress and learn what happened here. 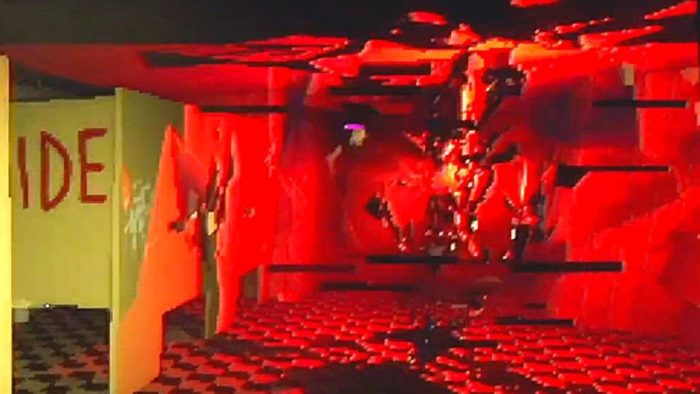 This feels easy until The Entity begins stalking you as you’re playing. A shadow over your shoulder? A creepy red light in your peripheral vision? Better hide ASAP—or it’s Game Over. Each attempt at Janitor will cost you 3 tokens, and more can be found scattered across the arcade. This adds a bit of tension. In one instance, I couldn’t get through the level fast enough and had to hide nearby. I died in Janitor and ran out of tokens so I had to creep around as slowly as possible while snatching tokens off shelves and under air hockey tables.

I did have one incident worth mentioning: I progressed to the next area with insufficient tokens to play Janitor, with no available in the vicinity. After hiding from The Entity and going back, it despawned the arcade cabinet from the area I needed to be. Some careful maneuvering prevented this from repeating (I believe I avoided the loading zone) and I was able to get the tokens and continue—but maybe don’t be like me and just make sure you have at least 3 tokens before moving on. You can hold up to 10 at a time, so it’s worth carrying extras.

The overall atmosphere is the perfect level of creepy, and it’s fun walking around looking at the fake games and finding notes left by employees. It took me about 2 and a half hours to complete, which I think is the perfect length for a game like this and a great way to spend an evening, getting spooked retro style. If you’re curious, I got the bad ending on my first playthrough! There are a few endings, and I’m looking forward to trying to get them all.

A Steam key was provided for review purposes. JANITOR BLEEDS will be available on Steam, EGS, GOG, and Itch.io on April 7th.