If you do a Google search for the best movies ever made, you’ll almost certainly see the original King Kong on just about every list you find. Not only does this film have groundbreaking special effects that nobody at the time had ever seen before, but it also tells one of the most gripping stories in cinema history. Its intriguing characters and fantastic action still hold up almost 90 years later, so it’s no wonder that so many critics and filmmakers consider King Kong one of the best films of all time.

But in my opinion, those elements are just the tip of the iceberg. This movie has some real moral substance to it as well, and if we delve into that substance, we’ll find that it’s both utterly timeless and surprisingly modern. The way I see it, King Kong is ultimately about the dignity of women and the positive, almost civilizing effect women have on men. To see how it cleverly conveys that important message, we have to take a deep dive into this cinematic gem. 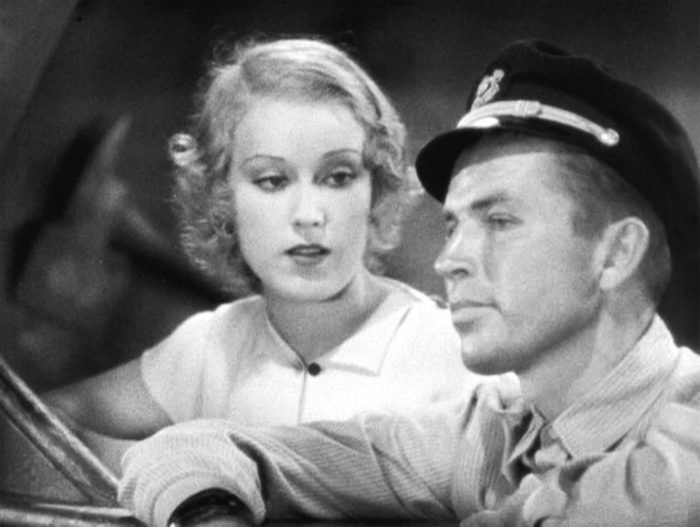 At its core, King Kong is about three characters: a filmmaker named Carl Denham, a sailor named Jack Driscoll, and a down-on-her-luck woman named Ann Darrow. When the film begins, Carl Denham is looking for a woman to star in his next movie. At the last minute, he finds Ann Darrow on the streets of New York and offers her the adventure of a lifetime. She quickly accepts, and together they set sail for a mysterious island destination.

The ship they travel on is called the Venture, and its first mate, a man named Jack Driscoll, is super misogynistic. When he first meets Ann, they have a brief conversation, and he tells her that women are “a nuisance” and that she should stay below the main deck.

I can’t speak for the film’s original audience, but for modern viewers, this can be a very jarring exchange. Jack is overtly misogynistic, and you get the feeling that he has a bit of a “macho complex.” He’s a rough-and-tumble sailor, so he doesn’t have time for anything even remotely feminine, much less for an actual woman like Ann.

The next time these two characters chat, Jack continues in this same vein, telling Ann that the ship is “no place for a girl” and that her mere presence has already caused trouble for the crew. Then, as if all that wasn’t enough, he says, “Women just can’t help being a bother. Made that way, I guess.”

If you’re gnashing your teeth in anger right now, I totally get it. Jack Driscoll is simply not a very good person at this point in King Kong. He doesn’t have any respect whatsoever for women, and he seems to think that they’re inherently inferior to men. He thinks there’s something wrong with the way they’re “made,” so no matter what women do, they’ll never be able to live up to the glory of the “stronger sex.” But then something unexpected happens. After Ann walks away from that conversation, Jack has a little talk with Carl Denham and expresses his concern about their voyage. He wonders what they’ll find when they arrive at their mysterious destination. In response, Denham asks if Jack has “gone soft.”

Surprisingly, Jack explains that he’s not worried about himself; rather, he’s concerned for Ann. Im response, Denham quips that “beauty” is going to make this “tough guy” go soft. He then explains that this is the theme of the movie he’s trying to make. It’s about a “beast” who was so tough he “could lick the world,” but when he laid his eyes on “beauty” he “went soft,” and “the little fellows licked him” instead.

This is an important turning point in King Kong, and not just because it shows Jack warming up to Ann. Yes, the macho sailor is showing that he really does have a soft side and that he actually cares about her more than he lets on, but there’s something else going on here too.

Denham’s brief explanation of his upcoming movie clearly foreshadows what’s going to happen later on in King Kong. Just like the “beast” in Denham’s movie, Kong himself is a seemingly unstoppable monster who can “lick the world,” but when he sees Ann he falls in love with her, which leads to his downfall.

But that’s not all. Beyond simply foreshadowing the rest of the story, Denham’s words here also serve to connect Jack and Kong. Denham explains the plot of his upcoming movie because he thinks he’s seeing it play out right in front of him with Jack and Ann. He thinks Jack is going through the same thing the “beast” in his film is going to experience, so in a subtle way King Kong is telling us that Jack’s and Kong’s experiences in this story parallel each other as well. 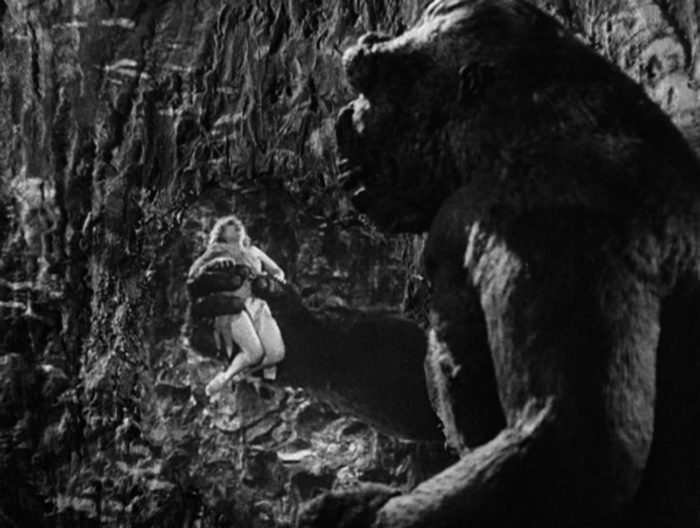 And if you think about it, this makes perfect sense. Sure, Jack isn’t a monster that can “lick the world,” but he’s a tough guy who doesn’t have an un-macho bone in his body. However, now that he’s met Ann, the very same “beauty” that Kong is going to fall in love with, he too begins to go “soft.” By being concerned about the trip, he’s already starting to lose his misogynistic machismo and becoming a more caring person.

Then, as King Kong progresses, Jack travels further and further down that road. For example, when the Venture arrives at its destination, a dangerous place called Skull Island, he suggests that Ann should stay on board until they know what to expect in this mysterious new land. Similarly, after they leave, Jack and Ann have one more conversation, and Jack straight up tells Ann that he’s fallen in love with her.

But most notably, when the Skull Island natives steal Ann and give her to Kong, Jack and the rest of the crew go back to the island to rescue her. Then, when Kong goes on his rampage in New York, Jack leads the charge to save her yet again. He risks his life twice to rescue the woman he loves, and these experiences with Ann clearly parallel Kong’s.

For example, Kong becomes smitten with Ann pretty quickly. After he whisks her away, he behaves pretty lovingly towards her. There are a few moments when he’s even tender and affectionate, and he puts his own life at risk to protect her from the island’s other monstrous residents. If you didn’t know any better, you might even think he was becoming human, and I would suggest that this is the key to understanding what King Kong has to say about the dignity of women.

The Dignity of Women 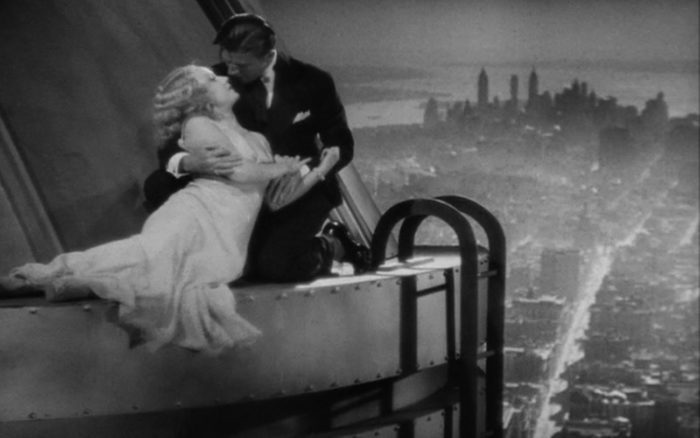 For starters, Jack and Kong both risk everything to protect Ann, which tells us how valuable she is to them. It shows without a doubt that Ann has the exact same dignity and worth that the men on the Venture do, so Jack’s earlier misogyny was wrong. Women are just as valuable as men, and Jack’s and Kong’s extraordinary efforts to protect Ann confirm that in a spectacular way.

On top of that, Ann also has a very positive effect on both of these characters. In my opinion, that’s really the heart and soul of King Kong. She softens their hearts and civilizes them, so they both become much better people (in Kong’s case, a better “person”) than they were before.

Jack loses his misogynistic attitude and realizes that women are just as valuable as men. In turn, he leaves his toxic machismo behind and becomes more than just an unflappable tough guy. He learns what it means to truly love another human being, which—somewhat paradoxically—makes him stronger than he was before.

Similarly, Kong leaves some of his brutish, literally animalistic ways behind and begins to behave in a very human way. Rather than simply accept Ann as a human sacrifice as we’d expect, he cares for her, shows her love and affection, and protects her from the other creatures on the island. These changes are symbolized by the very last line of King Kong, after Kong falls off the Empire State Building and dies. When Carl Denham sees the giant ape lying dead on the ground, someone tells him that the planes killed the creature. Denham disagrees, saying, “It was beauty killed the beast.”

In a very real sense, that’s what Ann did to both Jack and Kong. Sure, she didn’t literally kill Kong, and Jack didn’t literally die, but Ann killed the “beast” inside both of them. She humanized Kong and turned Jack into a much better person, and that’s no coincidence.

Women tend to have that effect on men and not only in romantic relationships. Sure, we men often become better people when we’re in love, but even platonic female friends can have similarly positive impacts on us. For example, I know that when I’m hanging out with just my male friends, the rougher side of my personality tends to come out a bit more; but, when my female friends are present, I’m more willing to let my softer, more loving side come out too. I’m more willing to be vulnerable and to have real, heart-to-heart conversations that go beyond sports and nerdy theories about upcoming movies, and I value that immensely.

Now, it should go without saying that women aren’t valuable only because of how they affect men. Rather, they influence us that way because they’re so great, so their effect on us simply demonstrates their dignity and worth. It shows that women are just as valuable and important as men, and King Kong is a fantastic cinematic exploration of that important truth on both the literal and metaphorical levels.