I love alien movies. Monsters from outer space can be literally anything, even murderous clowns or deadly colors, so this subgenre gives filmmakers free rein to do pretty much whatever they want. There are simply no rules with aliens, so when I first saw the mysterious trailer for Project Gemini, I immediately added the film to my to-watch list. It teased an intriguing and enigmatic new monster, and I couldn’t wait to find out just what this thing would be.

Directed by Serik Beyseu, Project Gemini stars Egor Koreshkov, Alyona Konstantinova, Nikita Dyuvbanov, Viktor Potapeshkin, Dmitriy Frid, Petr Romanov, Lisa Martinez, and Kostya Samoukov. It’s set in a world where the earth will soon no longer be able to support human life, so a small group of brave pioneers has to travel to outer space and prepare a new home on another planet. When they first arrive on this alien world, everything seems to go according to plan, but they soon encounter a mysterious creature that has its own deadly agenda.

For about the first half of its runtime, Project Gemini just sets up the characters and the situation, so don’t go into it expecting thrills and chills right from the get-go. It’s a bit of an Alien-esque slow burn in that regard, so you have to be patient.

Unfortunately, though, the film doesn’t make it easy. The characters are all super bland and entirely uninteresting, so the first half is a real slog. In fact, for most of that time, I could barely figure out who was who. Nobody on this mission stood out to me in any substantial way, so aside from a couple of obvious differences like race and gender, they all felt pretty interchangeable. 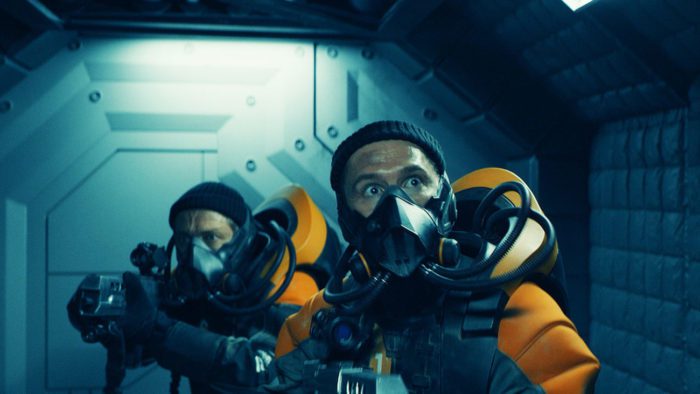 On top of that, the performances were almost all really wooden, so I never believed that these were real people. They very much felt like actors reciting lines, so I didn’t buy into them at all. Admittedly, as Project Gemini progressed, the characters eventually got a bit better, but by that time it was too little too late. They had already lost me, so the slight improvements they made weren’t nearly enough to get me back on board.

And this is a real shame because Project Gemini does eventually turn into the cool sci-fi creature feature I was expecting. At about the midway point, the horror kicks into gear and the monster comes to the fore, and just about every time this thing attacks, the film really amps up the tension and suspense in a cool way. What’s more, the movie also does a great job of keeping the creature in the shadows so you can’t get a good look at it. It maintains the sense of mystery that the trailer promised, so on their own, these scenes were everything I wanted them to be.

But in the context of the movie as a whole, they fell pretty flat. Because the characters didn’t interest me, I simply couldn’t care what happened to them, and that really affected my enjoyment of the horror scenes. I couldn’t get anxious when I knew the characters were in danger, so as well-crafted as these moments were, they just didn’t do much for me on an emotional level. Sure, I was able to appreciate them in a detached, objective way, but I didn’t experience any of the thrills that horror scenes like these should give us. 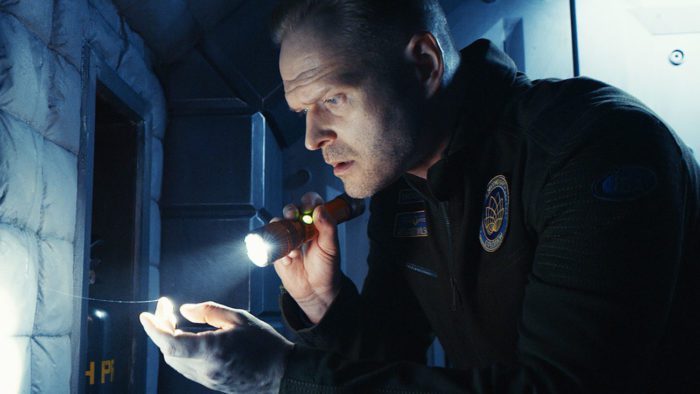 Then, when the third act hits, the creature takes a back seat, and Project Gemini becomes very character-centric once again. In particular, the narrative begins to focus on the group’s quest to save the human race, and the monster feels more like a minor inconvenience than a genuine threat. It takes the spotlight off the one thing about the story that worked, and in my opinion, that was the absolute wrong decision. It killed any remaining interest I had in the film, so by the time the credits began to roll, I had completely checked out.

On top of that, the third act also makes another egregious mistake. As I said, I really enjoyed the way this movie held off on showing us the monster in all its glory, but when I finally got a good look at the creature, all of my positive feelings for it vanished. I’m not going to spoil what it looks like, but I will say that it’s an obvious rip-off of two very beloved horror monsters. It’s super disappointing, and it ruined the one genuinely exciting thing this story had going for it.

All that being said, I do have to give Project Gemini credit for one other thing it gets right. The film has really cool visual effects (mainly of the spaceship flying through the cosmos), so if nothing else, it gives us some pretty shots to look at. Granted, the effects aren’t quite as good as big-budget Hollywood blockbusters like Godzilla vs. Kong and Dune, but they’re pretty damn convincing.

However, in the grand scheme of things, that’s not nearly enough to save this movie. On the whole, Project Gemini is pretty disappointing, so I’m sad to say that I can’t recommend it. While it has its moments, particularly with the monster and the visual effects, the bland characters really kill it. They’re not nearly interesting enough to carry this story, so if you’re looking for some good new horror to watch, I suggest you look elsewhere.

Project Gemini is coming to VOD, DVD, and Blu-ray on March 15.