An uneven and not entirely coherent, but undeniably arresting folk horror tale, the atmospheric German-Austrian film Hagazussa: A Heathen’s Curse is perhaps easily seen as a European answer to The VVitch. However, there are respects in which the genres inflections of the film that kicked off our contemporary folk horror resurgence provide a kind of reassurance, while here, the more austere approach gives the material over to a less satisfying, and therefore more disconcerting experience. However, there is something reassuring here too in the less bold and less intimate portrayal of the protagonist. Debutante director Lukas Feigelfeld adopts a cold and remote approach that intentionally or not, resists the allure of suture and keeps its tragic heroine at one remove, an aesthetic I feel prevents the film from realizing its full potential.

I feel almost as if that full potential was achieved, in unexpected fashion, by the video game Hellblade: Senua’s Sacrifice, which likewise delved into the first-hand experiences of a young woman’s mental illness in a pre-scientific medieval Europe. Had Hagazussa gone all the way with its daring concept, it might well have resulted in one of the most genuinely disturbing and haunting films in recent memory. However, as it is, it’s still a slow bath in a pit of despair as we watch its lonely protagonist pulled inexorably into a swamp of madness and perhaps ultimately a sublime transcendence.

Split into four chapters—Shadows, Horn, Blood, and Fire—Hagazussa (an old High German word for Witch) follows Albrun (Aleksandra Cwen), a young goatherd left emotionally scarred by the long illness of her mother (Claudia Martini), ostracised and tormented by her pious and hypocritical local community, living in isolation in the mountains with her infant daughter. Repeatedly traumatized and gaslighted by the cruel behavior of those around her, her potential for harmful behavior grows out of control. With rage and guilt mixed equally inside her, the film builds to a haunting and deeply distressing conclusion.

It’s unfortunate that with so many strong ideas in play, the film as a whole feels so loose and disjointed. I’ve made it sound rather cohesive in my synopsis, but that’s sadly not how one really experiences Hagazussa firsthand. There are some fantastic moments, but there are also a lot of scenes that feel unsure of what they are trying to achieve in the greater picture, leaving the film somewhat slow and emotionally confused. I applaud the empathy the film displays for its protagonist but wish it had gone further with it. Some earlier scenes feel like cheap shocks and the film doesn’t really build her character very well, despite the amount of time we spend with her.

Albrun does some horrifying things, some of the most horrifying things imaginable in fact, but their presentation via the exceptionally brave performance of Cwen does a commendable job making us understand them and the degree to which she is no longer in full control of her actions. In this respect, it reminds me of Our Children, a fantastic film that so effectively initiates the viewer into the perspective of an unsound mind that the character’s frightful actions take on a tragic form of logic. Hagazussa isn’t as effective as that, seemingly falling non-committally between the disturbing sociological tragedy of Our Children, the redemptive empathy of Senua, and the ghoulish genre thrills of The VVitch, while not consistently providing the viewer with enough truly unique or exciting content in the meantime.

The strongest segment of the film is definitely the third act, parts of which have lingered with me ever since I first watched it, and the film’s ambitions are eminently praiseworthy. Although it’s rarely as compelling work as one might have hoped, it’s easy to imagine someone being utterly shaken and transfixed by the humane horrors of Hagazussa, just as it is to imagine someone being bored stiff and then totally disgusted. It’s certainly far braver than the average piece of folk horror and it most definitely deserves attention from fans of the genre, although it may struggle to hold the attention on home release. A film this claustrophobic deserves the auditorium experience to be witnessed at its most captivating. 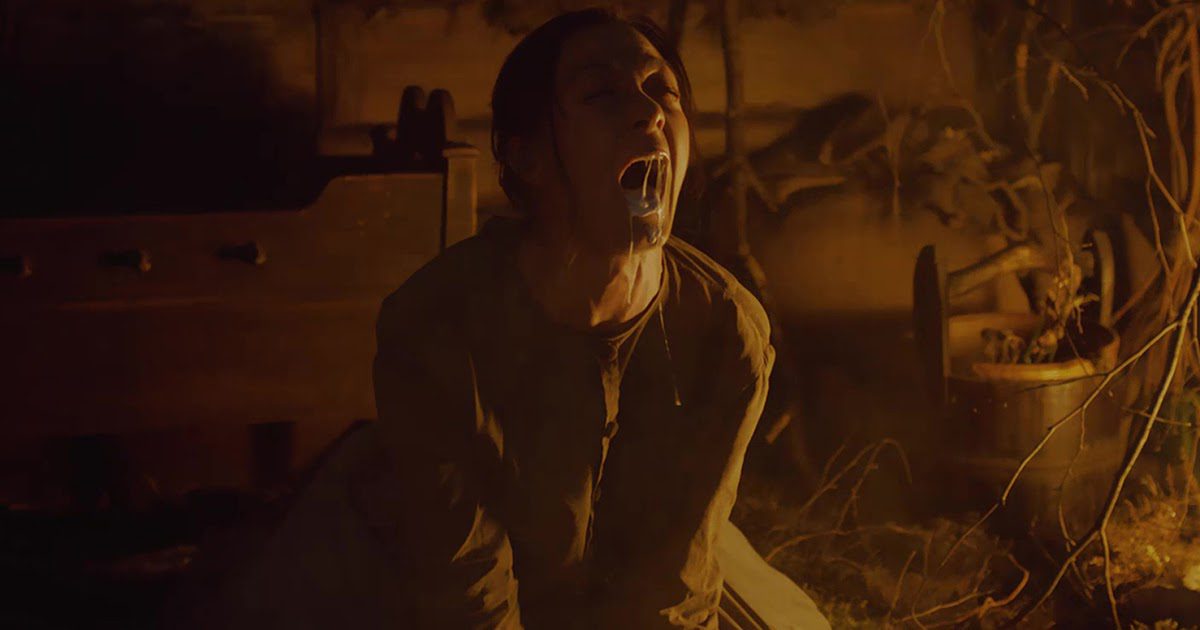