If you love Italian Giallo films like Deep Red, Suspiria, The Bird with the Crystal Plumage, Opera, Tenebrae, etc., then you know the horror subgenre is synonymous with Dario Argento. While he isn’t the only name in the genre, he’s an undoubted master of it. His noir stories of darkly dressed and poorly lit killers traipsing blood through the city streets over redubbed audio are incredibly thrilling and imaginative. Now, over fifty years since the release of his debut feature, The Bird with the Crystal Plumage, fans will get the opportunity to see a new Giallo film from the master himself. Argento’s latest, Occhiali Neri or Dark Glasses, has released its first full trailer for the film, which is premiering later this month. 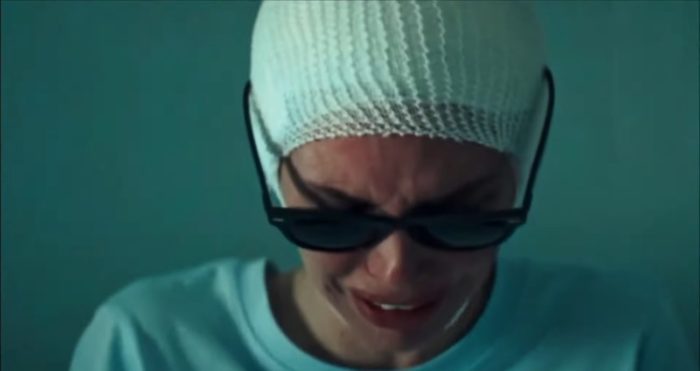 Dark Glasses is Argento’s first movie in ten years. His last film, Dracula 3D, held so much appeal because of its perfect casting. Starring Resident Evil: Apocalypse’s Thomas Kretschmann as the titular vampire, Asia Argento as Lucy, and Rutger Hauer as Van Helsing, Argento’s Dracula left a lot to be desired. Especially when a giant killer praying mantis invades Lucy’s home, leaving the viewer to quickly wonder, “What the hell is going on?” Despite it being a rare miss for the director, I’m glad he’s returned to telling stories in the framework he invented.

The synopsis for Dark Glasses is rather vague so far, offering little flair for what is happening in the film by saying, “A young blind woman and her guide track down a sadistic killer terrorizing Rome.” While this may be enough to satisfy some, the trailer provides much more insight into all its gory glory. Showing a woman being brutally attacked while walking the city streets, we learn she is one of three sex-worker victims slain at the hands of a vicious psychopath. The potential fourth victim, Diana (Ilenia Pastorelli), is subjected to a terrible car accident where she loses her eyesight but survives the wreck. After recovering, Diana is aided by her friend Rita (Asia Argento) and a young boy (Andrea Zhang) who may be the son of one of the earlier victims. When Diana feels the killer is still stalking her, the three will try to solve the mystery of the killer’s identity or die trying. 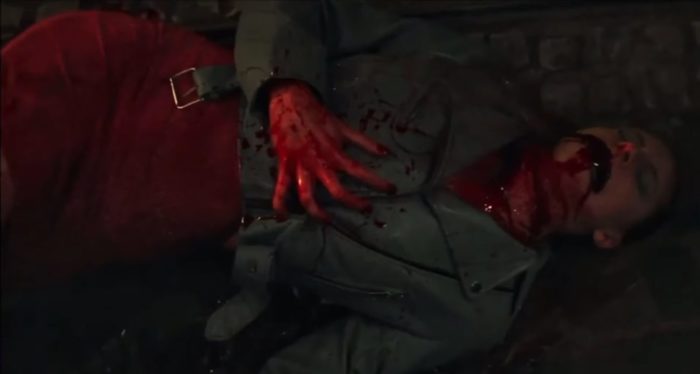 The trailer is unapologetically graphic as hell with knives, garrotes, cars flipping to reveal bodies inside, dogs feasting on what can only be assumed is flesh, and a spectacular amount of blood, there’s a lot to get excited for. However, the one shift from past to present that I’m thankful for the most is an Italian audio soundtrack and no redubs. Dark Glasses looks tense and suspenseful and has shown you what to expect. I can’t wait to see this one with a crowd who enjoys these types of films and Argento’s work.

Occhiali Neri will release in Italian cinemas on February 24. The Dark Glasses crowd will have to wait a little longer.