A truly great horror film, like anything of genuine excellence, is often a balance between precision and force. Hence, we sometimes say that when a thing is done just right we declare they have hit the nail on the head.

It is then wonderfully apropos that I can think of no studio boasting more instances of hitting the nail on the head than Hammer Films Productions and Terence Fisher.

Hammer Horror was absolutely groundbreaking in several ways, ranging from visual dynamics to dialogue style and thematic tones. Terence Fisher, who was their hand-chosen director, was also irreplaceable in revolutionizing the horror industry and revitalizing heaps of older tropes.

So, let’s take a look at just what made this unquestionably bold and brilliant director the man who took Hammer Horror and the genre itself to new ethereal heights and gruesome depths.

Terence Fisher was born in London in 1904. Specifically, he had the good fortune of being born into the Maida Vale district, a pleasantly affluent suburb of Paddington. Even his birth year had some degree of luck to it, making him too young to fight in the First World War and too old to fight in the second.

Despite this, Terence is a great example of climbing the ladder, and how someone can start at the bottom of an industry and work their way to the top.

In 1933, at the age of 29, Fisher got his first job in movie making for Lime Grove Studios as a clapper boy. It was only a year later that he was allowed to work as an assistant editor and two years after that he would be credited as an editor for Gainsborough Pictures.

It was here that Warner Brothers took notice of his burgeoning ability and hired him as an editor in 1938. Fisher would serve as an editor for 13 separate films for Warner Brothers between 1938 and 1947 before finally taking his first step into the world of directing in 1948.

Bouncing back and forth between a few studios, Fisher directed about ten films beginning with A Song for Tomorrow over the next three years.

His fate would forever be changed when Hammer Films brought him in to direct The Last Page (called Man Bait in the U.S.). From there…well…the best was certainly yet to come. 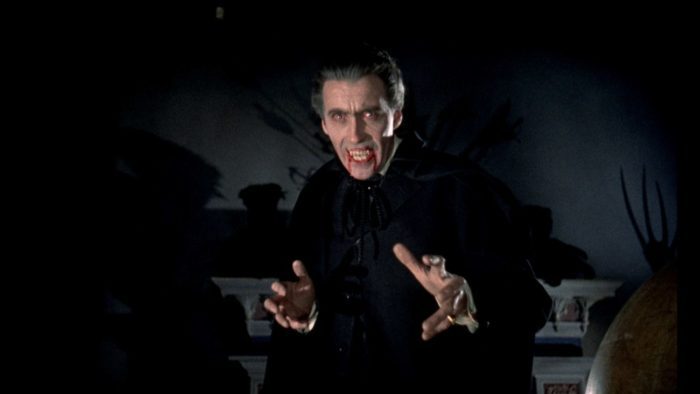 In 1957, a full quarter-century after the release of the original Frankenstein movie, Hammer asked Fisher to direct The Curse of Frankenstein. This was his big break and the moment things would never be the same for Terence, Hammer, or for the movie business at large.

The Curse of Frankenstein is a fantastic film that I have already raved about elsewhere, but it’s worth noting it was Hammer’s first foray into color films. It also put Peter Cushing, Christopher Lee, and Terence Fisher all in a room together—electrifying.

The movie was wildly successful at the box office despite the fact that it spooked conservative film critics and commentators, who noted the hitherto unseen degree of violence presented in the film.

On the heels of their first success came another: Dracula (also known as Horror of Dracula) starring Christopher Lee in 1958 (another film I’ve praised). If The Curse of Frankenstein was Hammer’s A New Hope, Dracula was undoubtedly their Empire Strikes Back.

Taking everything they had going for them in their previous hit and running with it, Dracula was another smashing success. Just like its unnerving predecessor, Hammer’s Dracula became instantly Infamous for newfound levels of violence and especially for the raw sexuality in its antagonist.

What followed was a veritable empire of chilling and grisly cinema knockouts expanding their Frankenstein and Dracula movies into full-fledged series and adding new entries like their 1959 retelling of The Mummy.

Together, Hammer Films and Terence Fisher changed the game over and over again; shocking audiences and making tight yet stylish films that stand the test of time. These films set the culture of the horror industry too, paving the path for the development of true slasher films and the like.

All in all, Fisher directed around 30 films for Hammer, an astonishingly high number. It was also a whopping 60% of all the films he ever directed. While not all of them were as great as the ones I just mentioned, none of them were boring, and most were genuinely interesting, if not fun.

But as we all know…all good things must come to an end.

After the Thrill Is Gone 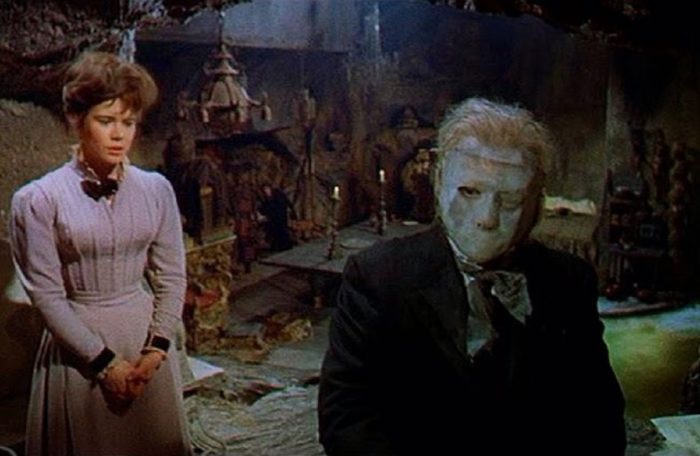 The problem with basing your success on shock value is that the law of diminishing returns will ultimately have its say. This is true no matter what the art form is, but it is especially true in visual ones, I think.

As bigger budget films in Hollywood got the upper hand, Hammer just wasn’t able to compete in terms of funding. This meant that U.S. films could produce levels of gore and violence that Hammer couldn’t match for economic reasons. This led to Hammer choosing to push the envelope in the sexual content area, a move that slowly resulted in a reputational loss.

Hammer’s version of The Phantom of the Opera in 1962 (also directed by Fisher) was a harbinger of the downward slide. The film was one of the most expensive Hammer had ever attempted and yielded a witheringly low box office return.

Weighted down by what must have been something like a sense of defeat, Terence took his first contract outside of Hammer Films in years to work on a Sherlock Holmes movie for a lesser-known studio.

Unfortunately, It wouldn’t really go his way, as the movie was supposedly a frustrating process for him, and didn’t do well in theaters. The next year he tried his hand again with a horror-comedy called The Horror of it All that almost no one has ever heard of (and with good reason).

It was likely these failures that brought him back to Hammer. Happily, the reunion did bear legitimate fruit in the form of The Gorgon, The Devil Rides Out, and Frankenstein Must be Destroyed, all films Fisher viewed as personal favorites until the very end.

While Hammer’s glory days were short (a period of roughly five years), the impact it had on the movie industry and the horror genre are indelible.

Likewise, Terence Fisher’s footprint in the world of horror is both wide and deep, shocking the world and showing everyone what Gothic horror could really be.

Lastly, at the age of 76 years old, Fisher passed away in retirement during the summer of 1980.

He died having become the thing he made so many movies about—a legend.

Looking for more about horror movies? We’ve got you:

“The Monster: 1970s Exploitation Horror Can Be Yours to Take Home”

“40 Years Later, Dark Night Of The Scarecrow Is Still The Best Of Its Kind”

“Audition: The Worst Movie for a First Date”