The most influential films are often overshadowed by their successors, which is absolutely the case with Black Christmas. Consistently considered one of the first slashers, predating Halloween by four years, Black Christmas was a first of its time and yet has been buried by flashier, more stylish movies. In comes this book, It’s Me Billy: Black Christmas Revisited to set the record straight and fulfill every superfan’s dreams.

For those not familiar with this iconic film, to summarize, an unseen killer stalks a series of sorority sisters from inside their house during the Christmas holiday. The killer makes menacing phone calls (predating When a Stranger Calls, “the calls are coming from within the house”) and murders the girls using creative props. Much of the killer’s viewpoint is filmed from a POV cam that was attached to the cameraperson’s chest or shoulder (predating Halloween’s Mike Myers mask POV). All of these points are mentioned in detail through interviews, reviews, and other meticulously researched documents contained in the book. 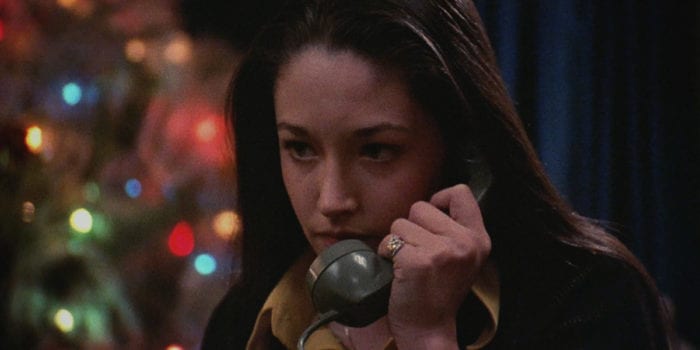 Divided into four sections, It’s Me Billy begins with the original film, then moves to academic and critical responses, the 2006 and 2019 remake, and ends with a look to the future and the author’s conclusions. The first section is informative and detailed, giving a description of every cast and crew member of relevance that is then usually followed by an interview. Here we learn about the support of director Bob Clark who is consistently described as fun-loving, easy to work with, and open to input from actors and crew (except for Timothy Bond, the uncredited writer—he seems pretty grumpy). We also learn about the revolutionary decision to mount the camera to camera operator, Albert J. Dunk, as he scaled the trellis and strangled Clare Harrison (Lynne Griffin) in one of the most iconic deaths in all horror history. It is also revealed by multiple sources, who gave “vision” to the unseen killer’s eyeball that watches from various places in the house, and the three people who were used to create Billy’s voice.

As a cursory Black Christmas fan (I’ve only seen it once), I found this section to be most informative and meticulously detailed. There is a lot of overlapping testimony that can sometimes seem repetitive as many actors’ words are repeated in their interviews word-for-word. While repetitive, it does feel like you are getting the full story as many actors say the same things about the mood on set or who was creating certain effects, which I appreciated. This section also contains a lot of great photographs and movie posters from the original releases. 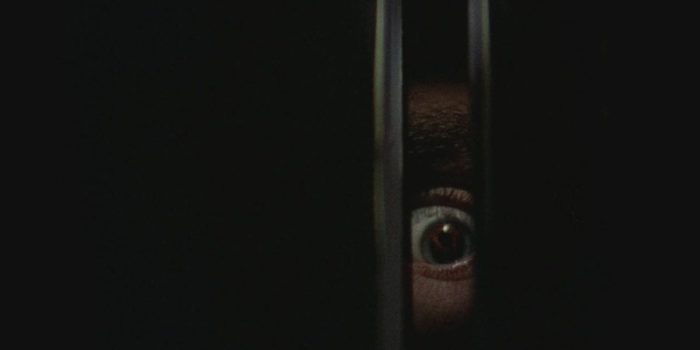 One of the weaker but interesting parts of the book is the academic section. I was hoping for a few academic essays over various topics within the film, but instead, there is only one. The essay argues that Black Christmas falls into the literary mode of the Carnivalesque, a theory created by Russian linguist and literary critic, Mikhail Bakhtin, that characterizes something as “carnivalesque” when there is a “de-stabilization or reversal of power structures, albeit temporarily, as happens in traditional forms of carnival.” This theory can be seen in Shakespeare’s Midsummer Night’s Dream and the works of Dostoevsky. The evidence presented to include Black Christmas in this pantheon seemed to me (someone who is not a Bakhtin scholar) a bit thin, with one of the arguments being that the women begin to speak more coarsely once the phone calls from Billy begin, therefore showing how things are being turned on their head. Another indicator of the carnivalesque is that they often end up dead, which is an example of the grotesque and the flipping of power structures. I didn’t really buy this, and it made me question how almost every horror film would be considered Carnivalesque if they took place on a holiday, at a party, or during a cult-inspired ritual?

While I welcome academic analysis of the horror genre, I felt this analysis, while interesting, was limited in scope and argument and would be better applied to Rob Zombie’s House of 1000 Corpses, The Wickerman, or Midsommar, films where the carnival/flipping of norms is more telegraphed than in just the presence of a madman on a holiday.

The next section of the book compiles the critical reception of the film, which is interesting in retrospect to see some well-known critics’ responses (Gene Siskel) and others and how they reacted to Black Christmas and whether they recognized the unique approach of the film or panned it for being another “typical” horror film.

There are also two novels examined, the novelization of Black Christmas (1976) and the 1983 novel of the same title, Black Christmas. While the latter isn’t related to the original in any way, it does include some similarities in including carolers in a creative manner and one of the characters being named Billy. While these novels don’t seem to add anything in particular to the film knowledge of Black Christmas, they are an interesting inclusion for super fans that want to know anything and everything about their favorite film. 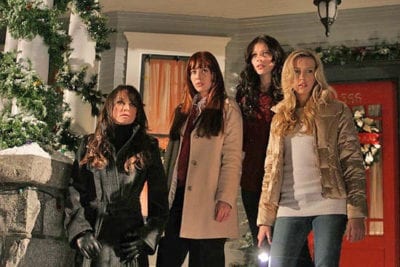 The final section of the book analyzes the 2006 and 2019 Black Christmas remakes. The book summarizes the changes that were made stylistically and storywise, making clear that director Clark was fully supportive in the creation of the 2006 film, and getting behind the scenes interviews by the webmaster of ItsMeBilly.com, Dan Duffin. It also includes quite a bit of tea about how the original concept for the film was co-opted by Bob Weinstein who wanted to include more gore and action. The film was helmed by Final Destination and Williard co-writers and directors Glen Morgan and James Wong. They went on to work on Final Destination III and executive produced the Twilight Zone reboot.

Morgan’s vision seemed to be more of a classic interpretation of Black Christmas, with more of an explanation on Billy’s back story, shielding viewers from gore, before the Weinsteins demanded more decapitated heads rolling out of cars and eyeball explosions. The tension between Morgan’s vision and the production company apparently played out in the Weinsteins’ favor, as one person is interviewed in saying that Morgan seemed to focus on “surprising” the audience instead of grossing them out.

Another perk of the interviews is learning about the special effects and how difficult it is to roll a prosthetic head through the snow in hopes that it lands perfectly upright with no dirt or hair on it. Also, eyeball creation and the prosthetics that go into eyeball creation. Totally fascinating!

The 2019 film had a different trajectory entirely, produced by Blumhouse, directed by Sophia Takal, and casting Cary Elwes as the antagonist, it seemed promising. There is more of a female empowerment focus but a move even further away from the original material. Here, a fraternity is being co-opted by a black goo spirit that wants to make sure males stay in power over women. Thus, attacking the women at the sorority houses and trying to keep women subordinate. It’s a far stretch from the original film and only makes a few references that an OG fan would recognize. For example, they kept the setting at Christmas time, there is one threatening phone call, and sorority girls are the killer’s focus.

While this book feels meticulously crafted and comprehensively constructed for fans of Black Christmas, I would have also liked to see a historical discussion of the film and the time period in which it was created. We get a little bit of a discussion of this in the actor’s and crew’s interviews as they try to remember their experiences on set, so it would have been interesting to place this film in its moment to understand its impact fully.

We also get a little of this when it is mentioned that the television premiere was postponed due to the fact that two weeks earlier two girls were reported murdered and two others were severely injured at a Chi Omega sorority house in Florida, later revealed to be the work of Ted Bundy. The premiere was then rescheduled. These coincidences and an in-depth commentary on the climate of filmmaking at the time of Black Christmas‘s debut would have been a welcome addition in measuring its impact on the culture then and now.

This is obviously a book made with love and passion for a film that is paramount to an entire genre of horror films. For any Black Christmas fan, this book is a must for their collection. The amount of content in this book for those who are interested in filmmaking or have a passing interest in how a great film is translated into books and remakes is worth the read. 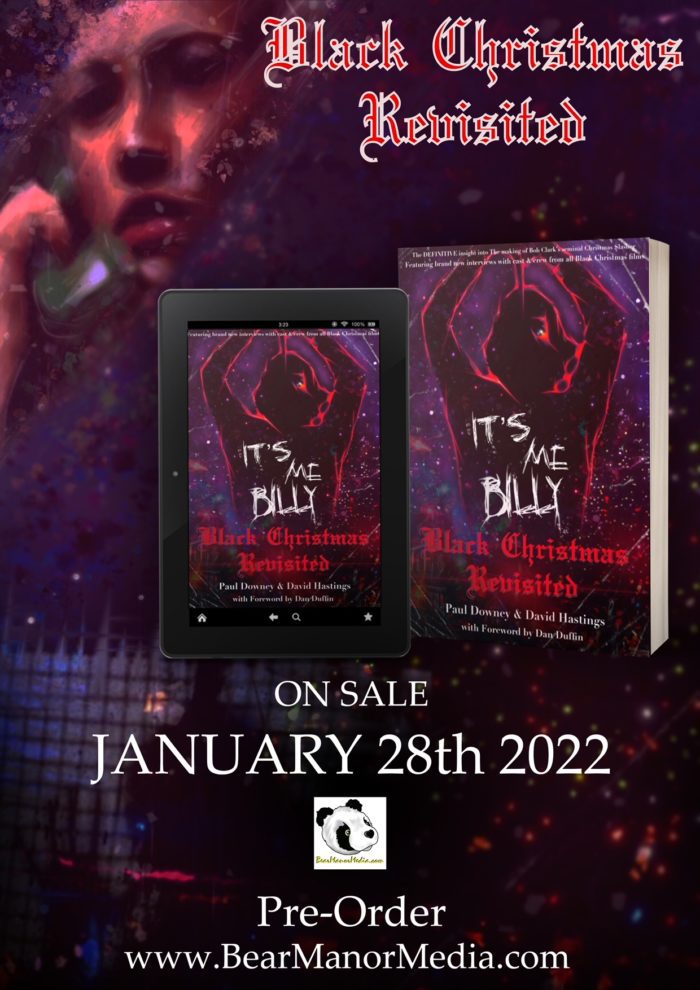