I live in Northern Canada, where it regularly gets to -40° Celsius (-40° Fahrenheit) in the winter months. Sometimes even colder if the wind picks up, and at these temperatures, hypothermia can set in extremely quickly. You learn to get things done as fast as you can, then hightail it back inside. There’s a lot of extra precautions you don’t think about if you live in a warmer climate. For instance, when I moved here I was confused why seemingly every car had an extension cord under the hood before it was explained to me that to prevent the engine from freezing, people plug in their vehicles at night. Last week we had a blackout in my neighborhood (a rare occurrence), and those few hours being bundled up under countless blankets, I started thinking about the cold a bit more!

Exploring the physical and mental exhaustion that comes with fighting to stay warm, then, is a ripe topic for horror. Several of the most famous examples of frigid temperatures would of course be the climax of The Shining, as Jack Torrance chases Danny through a hedge maze and subsequently freezes to death; and John Carpenter’s The Thing, taking place entirely in Antarctica. Both have been talked about countless times, so instead, I want to focus on smaller stories.

Some say this might be the most obvious take on frigid horror, and well, they’re right, but there are plenty of folks out there who might have missed this flick that unfortunately shares a name with a Disney giant. Directed by Adam Green, who I came to know from his 2007 thriller Spiral (which I highly recommend); he seems to work best in smaller stories with few characters and Frozen is a great example of this. Three friends are trapped on a ski lift after hours with no way to call for help. The lift is too high up to jump off safely, as when one of them attempts it, he injuries his legs and is eaten by wolves. As the hours drag on our main couple deals with frostbite and exhaustion, and the wolves pacing below. It’s also quite a funny coincidence that Shawn Ashmore stars in this as he plays Iceman in the X-Men films.

I was honestly surprised how much I enjoyed this film, considering I’m not a huge fan of Jeremy Renner (Hawkeye in the Marvel films). It also stars Elizabeth Olsen (Scarlet Witch) making it a tiny Marvel reunion. The duo is trying to solve the murder of a young Indigenous woman on a Wyoming reservation. This brings to light an all too common problem, one that I have grown up hearing about living near the Highway of Tears. Natalie is found barefoot in the wilderness and succumbed to the elements. Having lost a daughter himself, Lambert (Renner) is determined to find the culprits and exact justice. It’s not an easy watch but it opens important discussions about missing women. Content warning for sexual assault.

So what’s worse than being trapped in a snowstorm? How about being in a foreign country, with no phone service, and your wife is eight months pregnant. Naomi and Matthew decide to wait out the storm by pulling over, only to awake with the car covered in snow with no way out. It’s another small film, with the couple spending their time talking and worrying about how they’ll get free. Things go from worse to worst when Naomi goes into labor. It’s a good reminder—to myself at least—to be prepared when heading out in extreme conditions. Have an emergency kit in your car and check the weather before heading out! 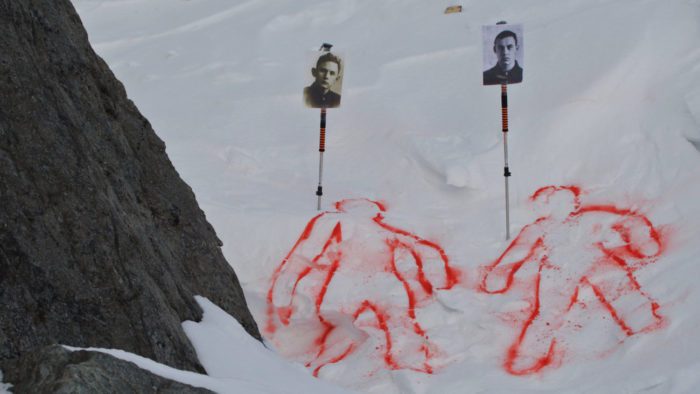 Five American college students set off to discover the truth behind the infamous Dyatlov Pass Incident, where nine Russian hikers died in the Ural mountains in the 1950s. It’s presented as found footage, released by hackers as the government “doesn’t want us to know the truth.” It gets supernatural, and frankly a bit silly near the end, but is an interesting interpretation of a real event that has become the subject of many outlandish theories over the years. The hikers in reality faced an avalanche and died from the elements. One of the “mysterious” aspects that have been explained is a well-known symptom of hypothermia: paradoxical undressing. As the body struggles with the cold and you become panicked and disorientated, sufferers begin to remove their clothing, which leads to death even faster! 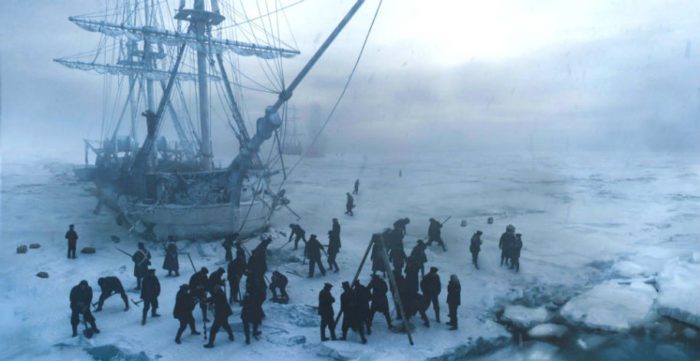 The first season of The Terror is based on the book by Dan Simmons, which is a fictionalized version of Captain Sir John Franklin’s expedition to find a path through the Arctic in 1845. Season 2 has no relation and was an attempt to turn the show into an anthology, to mixed results. A third season is reportedly in talks but I’m unsure if it will be made.

Two polar explorer ships, the HMS Erebus and the HMS Terror attempted to find a way through the Northwest Passage, a series of small islands and waterways above continental Canada. (To show how difficult this sea route is, the first successful voyage wasn’t until 60 years later, in 1906. Due to global warming it’s become easier to traverse.) It was an absolute failure, with both ships trapped in the ice and many of the crew starving to death. The show attempts to show what might have happened, with some embellishments. It’s really well shot and features some amazing talent; Jared Harris, who plays the second-in-command, would become even more popular from HBO’s Chernobyl.

What I take away from these stories, and from my time living in the north is to always be cautious when it comes to the cold. Nature can be both terrifying and beautiful and should be respected. So while I do get annoyed when my eyebrows freeze, or when I have to wait half an hour for the car to heat up, or the fact that the sun goes down at 3 PM, I also love that I can go outside some nights and see the Northern Lights shining above me. Just remember to bundle up!