The Grimmfest team tells us they “have hijacked Rudolph, booted Santa off the back of the sleigh, and are heading for a chimney near you, or at least a computer screen. Two nights of festive frights, seasonal shockers, and merry mean-spiritedness, delivered right into your homes. Fearsome feature films, startling shorts, and all manner of eerie extras; everything you need for a chilling Christmas and a cruel Yule.”

Made up of two double bills, each with accompanying shorts, this mini virtual festival looks dead exciting! Here’s what’s they’ve got in gore store for us: 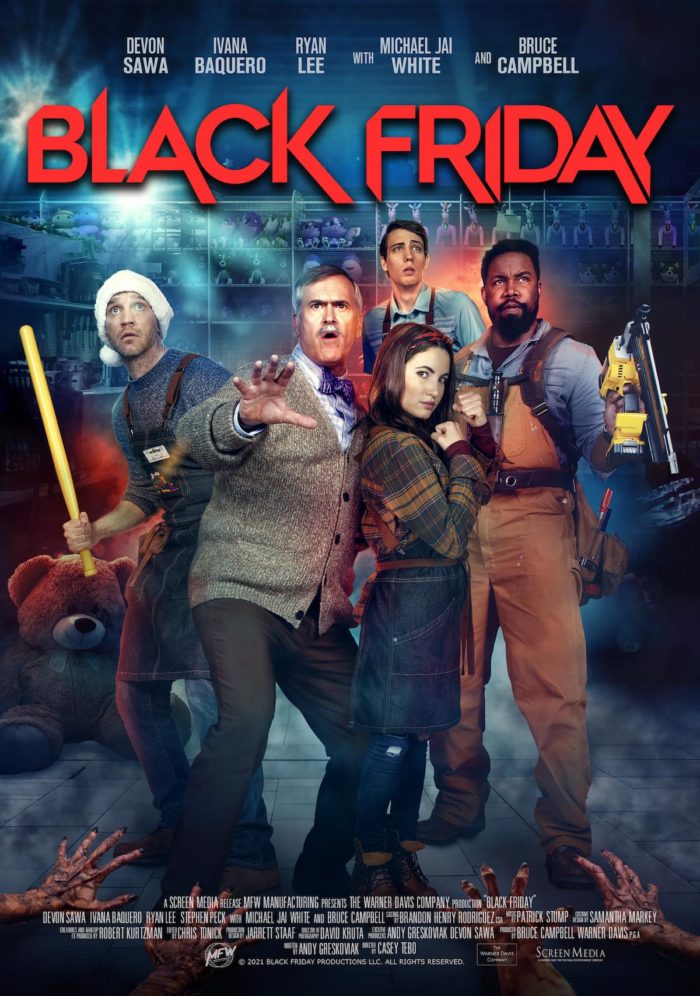 The opening scenes of Krampus showed us last-minute Christmas shoppers run riot, but something tells me that in the USA the Thanksgiving period can be just as bad, if not worse, for the retail world. Now just imagine if that happened to be exactly when a meteor crashed to Earth carrying an alien parasite, which—you know—just makes things worse. So what we have here is a riotously funny splatter satire (filmed in a former Babies R’ Us of all places!) starring Bruce Campbell and Devon Sawa, who find themselves confronted by hordes of demented bargain-hunting shoppers. Although Black Friday is now available in the USA, it’s not scheduled for release in the UK until February 2022, so this will be the International Premiere; an exclusive opportunity for Grimmfest ticket holders to see the film ahead of the crowds outside the USA.

Meanwhile, an amnesiac young woman, striving to come to terms with past trauma, finds herself trapped in an automated house, with the manipulative and increasingly unstable computerized “virtual therapist” AIDA (Emily Atack), in this chilling high tech psychodrama. This one looks like what you’d get if Black Mirror was just a bit more horror than sci-fi, and plays with issues of mental health, memory, perception, and autonomy. Dark Cloud is another Grimmfest International Premiere, this time with no UK release date yet. 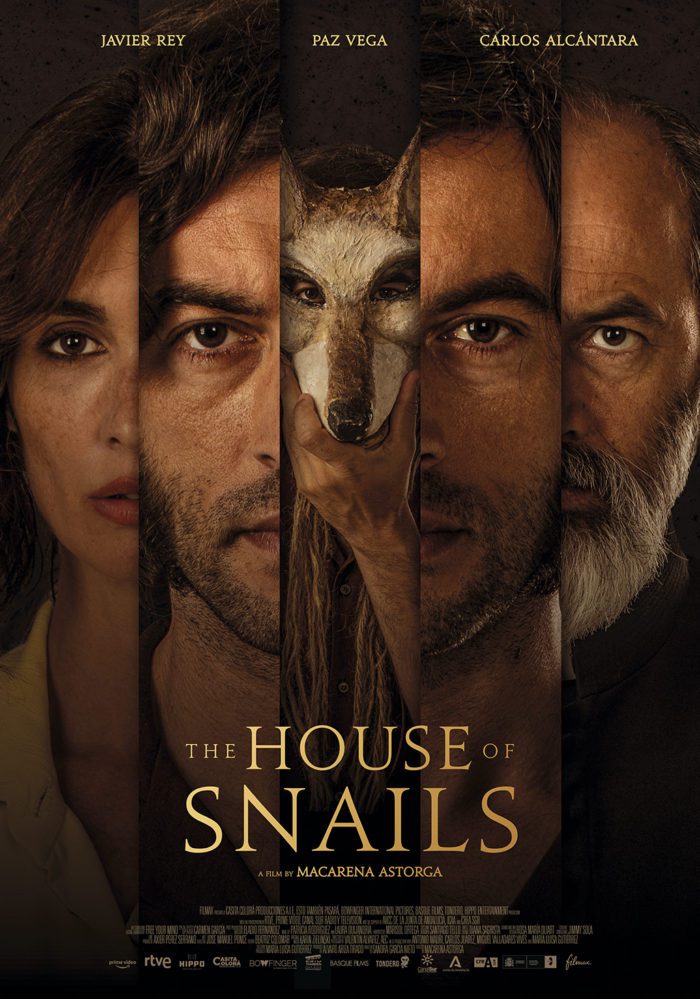 I’ve seen films in which writers seek seclusion to get their thing done, and from what I recall they tend to run into nasty locals (I Spit On Your Grave), ghosts (The Shining), or their own alter ego (The Dark Half). Something about Grimmfest’s description of The House of Snails tells me this protagonist will have some other kind of encounter: “a blocked writer’s return to his rural roots in search of inspiration brings him face to face with dark local legends and long-buried secrets, in Macarena Astorga’s mischievously meta-fictional and genre-savvy slice of retro-styled Spanish Gothic…” Sounds right up my street! This one’s an English Premiere with no UK release date yet.

See For Me (Randall Okita, Canada)

I love home invasion films for some strange cathartic reason, but I’m not sure about those which embrace the protagonist’s disability as a plot device. Still, if the representation is done well, and not too full of clichés, then that’s fine…and I’ll look forward to finding out whether See For Me is one of those. In this film, a blind house-sitter faces down a band of violent criminals, aided only by a phone app and her own ruthless resourcefulness. Looks promising, though, as the lead is played by sight-impaired actor Skyler Davenport. The film is scheduled for UK release by Signature in late January 2022, but this is an exclusive opportunity to see it before then.

Grimmfest’s Christmas Horror Nights will be sponsored by the Horror Channel. Tickets can be bought here; note, all features will be viewable only in the United Kingdom of Great Britain and Northern Ireland, Isle of Man.