Well, I was wrong.

Let’s take a look at some of my predictions after last week’s “Mukbang”: a possible split in the group of Riley/Margot and “Lennon”/Dylan; Dylan is involved or in peril; Clara was attacked and is likely dead.

By the end of “Least You Had A Spare,” all three of those predictions and/or guesses have been proven to be incorrect.

As always, there are spoilers aplenty to be had.

For starters, the woman’s voice we heard, out of breath and begging for help while a bloodied machete lingered on our screens? Turns out, it wasn’t Clara. Instead, it was Riley, who after escaping the compound and sending an “I’m out” text to the rest of the group was chased by the black truck, hit by a car, stabbed, had her arm cut off, and her phone was stolen. Then she was left out in the woods to bleed out by…whoever is behind all of this. 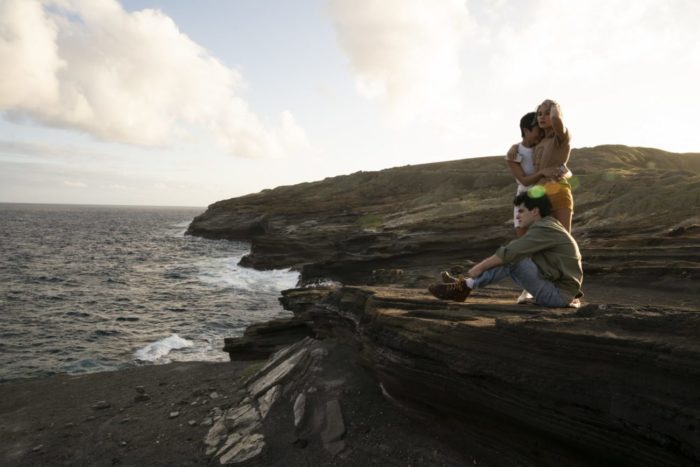 The primary plot of “Least You Had A Spare” revolves around the search for Riley, both by the original gang and by Riley’s mother Courtney, going into full Mama Bear mode. Up until now, Courtney’s role has mostly been a mix of comic relief and biting sarcasm with outright viciousness. There’s still some of that on display here—the episode’s title comes from when Bruce tries to empathize with her about losing a child and she bites back with “least you had a spare” in reference to him having twins—but you genuinely feel for her this week and can understand where she’s coming from.

Unfortunately, the police have their hands a little tied—multiple murders and everything—and tell her that officially there’s nothing they can do until she’s been missing for 48 hours. So Courtney goes off on her own to bring Riley home safe and sound, but the killer already has Riley’s phone so it’s all too easy to lead Courtney into a trap, leading to one of the series’ more vicious kills so far as she dangles for what feels like an eternity from an improvised noose of barbed wire. Add another one onto the pile.

Meanwhile, Riley does manage to escape even managing to get back to her house, but unfortunately, she passes out before she is able to call out for help—and Clara finds her first. As she slowly but surely makes her journey home, we get our weekly flashbacks to the night of the accident, this time from her perspective.

Turns out, Riley also had feelings for Dylan and tried hooking up with him that night, even admitting to herself that she had been saving herself for him. It’s interesting that we keep going back to the Lennon/Dylan hookup as a pressure point for everyone in the group, and the more and more we see of it, the more vicious Lennon’s actions look for everyone involved. 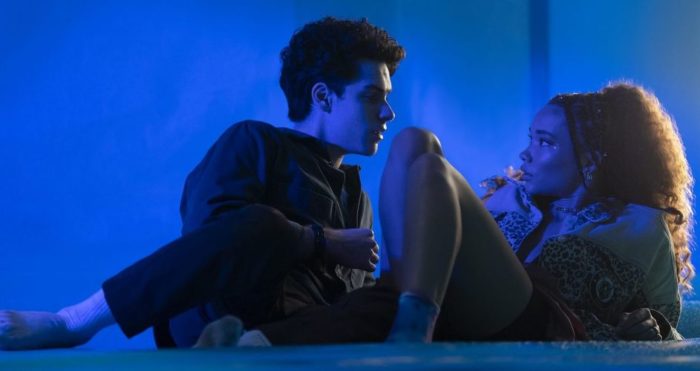 While we’re on the subject, here’s the “Lennon”/Dylan interaction of the week: while looking for Riley, Dylan and “Lennon” reminisce about the past. Dylan confesses that despite being in love with Alison, he was also into Lennon, and when “Lennon” suggests that “maybe I just remind you of her,” Dylan replies, “You’re nothing like her.” Yes, it’s all just variations on the same joke, but it continues to be hilarious every time I hear it.

“Least You Had A Spare” also continues the show’s excellent habit of not leaving plot threads dangling for too long without addressing them. Nothing gets fully resolved in the “fully wrapped up” sense, but we do see threads get addressed and move into another phase.

Here’s what I mean: Bruce and “Lennon” do wind up having a conversation about what “Lennon” has found out—Bruce had visited Clara earlier in “Least You Had A Spare,” and she told him that somebody had broken in and had gone through the photo albums. Their conversation is surprisingly…honest. Instead of the normal “It’s not what you think/It’s not what it looks like/Let me explain” waffling a lesser show might have given us, Bruce just comes clean about what “Lennon” already knows, what we know that Lennon doesn’t, and even tells us something that neither we nor she had previously known.

Yes, he was in the cult. Yes, he was married to Clara. Yes, he was driving Lennon home the night of the accident and was the one who left her on the side of the road. But on top of all that, Lennon and Alison’s mother—not Clara, as he notes—was in the cult, and she is still alive. It doesn’t bring full resolution to their conflict, but it does move it into a new phase that keeps things fresh. Now, their conflict shifts to being about Bruce keeping the truth about their mother from her—and that Lennon must have known something as well that led to the conflict between the twins on the night of the accident—and “Lennon” turns her back on him once again before finally trying to make contact with the mysterious Fred Phillips, who is somehow involved with the cult and who Lennon had attempted to contact before her death. 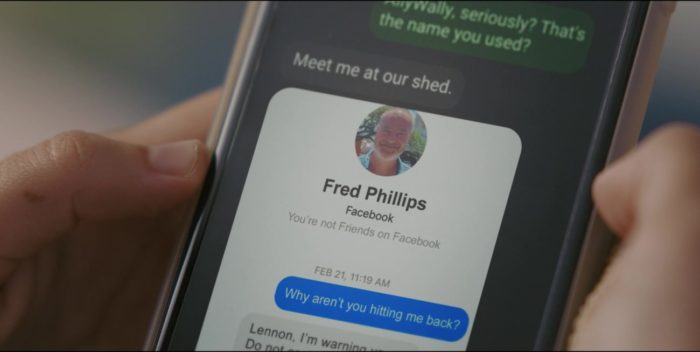 Meanwhile, the police investigation proceeds with some actual progress, also surprising given the genre we’re dealing in. They investigate Clara’s house, finding both the tank filled with the poisonous spiders that were put inside Jonny’s head and Courtney’s body dangling from the improvised noose.

Finally, Margot’s suspicions are now shifting in Dylan’s direction, after he leaves the house where they’re all staying at. There’s likely a bit of paranoia on Margot’s behalf, but it’s still telling that the group still doesn’t fully trust one another, especially as we’re heading into the final weeks. Dylan’s not up to anything shady: he’s simply carving Riley’s name into the cave wall, his chosen way of coping with the deaths of his friends. But after hearing a noise, he finally decides to take a look further into the cave and comes across an extremely creepy altar.

Hats off to the set designers once again. The “creepy cult altar” might be something we’ve seen time and time again, but everything here looks sufficiently organic and gooey enough to make it a memorably disgusting piece. And of course, Dylan arrives right in time for Clara to make an appearance with Riley’s body in tow—but she doesn’t react when she sees Dylan, simply warning him that “the tide’s coming in.”

“Least You Had A Spare” keeps up the surprisingly solid run of I Know What You Did Last Summer‘s first season, keeping things moving at a sufficient pace while at the same time not letting us get any closer to the identity of the killer. We keep finding out more and more of what happened the night of the accident while feeling like we’re even more in the dark as to who is behind the killings that are happening now. There are only two more episodes left this season, and I Know What You Did Last Summer doesn’t look to be letting up anytime soon.

SlasherMysteryI Know What You Did Last SummerNew TV

More From: I Know What You Did Last Summer