Search
Picture taken by the author

Mayhem Film Festival has been going since 2005, having started off with a line-up of short films. The short film showcase is still a central feature, and the event has expanded to a four-day festival, often including UK and occasionally world premieres; especially impressive as Nottingham is not one of the UK’s larger cities.

What I love about Mayhem, and what makes it different from many other “horror” film festivals, is the breadth of the programming: sure the horror genre is central to it, but it also includes sci-fi, thrillers, satire, and the occasional documentary; basically other titles which they feel their audience will appreciate. From what I have seen, the program always represents a terrific range of countries, and as well as popular films currently on the festival circuit, the programmers try to bring less well-known titles and locations to the attention of their viewers.

I’ve covered several film festivals remotely in the last few years, but Mayhem is the one festival I’ve attended in person and loved it so much I’ve asked to return whenever I could. Last year’s—unsurprisingly—was a greatly reduced event, known as the Skeleton Festival, with just three films and a short film showcase over the four days. This year, when Chris Cooke, Steven Sheil, and Meli Gueneau came on stage to introduce the event, they described it as having some flesh added to that skeleton. There are 15 feature films this year, almost as many as the 17 in 2018 and 2019 (the two years I had attended previously), and fewer guests; but it feels complete and there is definitely an excited-to-be-back buzz in the auditorium. 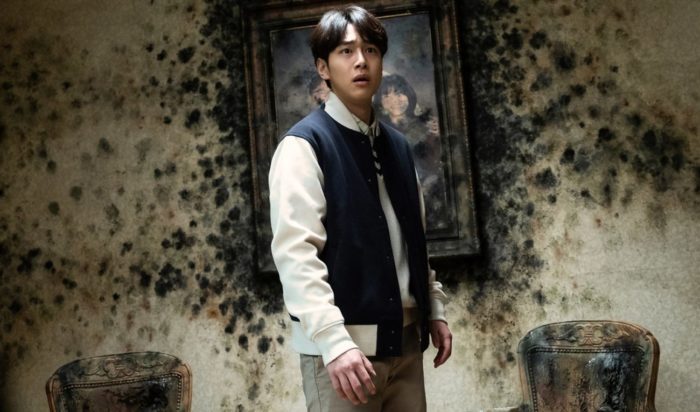 Mayhem may be still working hard to get up to full strength, but it has paid off with three premieres again. The European premiere of The Night Shift was one of three films from Korea this year, supporting Mayhem’s claim that Korean horror is enjoying a revival at present. This is a film that is still settling into a title right now, but The Night Shift is what appeared on the screen at the start. Described as “a fun, old-school anthology horror set in an apartment complex,” this one is a little unusual as it is written and directed by the same person. The premise centers on writer and artist Ji-woo (Sung Joon), whose last web series was a bit of a flop and is seeking new inspiration. He’s heard about residents of Gwanglim Mansion going missing (or worse) and goes to visit the caretaker in the hope of some juicy stories; thus the film is made up of several stories within this interview-style wraparound.

The structure reminded me somewhat of Ghost Stories, and like that film the supernatural tales in this one were all quite different; they were all hauntings, sure, but of quite different natures. As stories go, some of them are inconclusive, but whether that is a positive or negative feature really depends on what you are looking for: in my opinion, it makes these strange events feel more like part of real life, rather than simply the stuff of urban legend. Just like events in real life, they are linked in small ways, so that this could truly be the chronicle of a small neighborhood. It’s beautifully produced, with some terrific details in the grim sets; Night Shift at heart really is about the grimness and loneliness of apartment block life. It’s only slightly predictable here and there, but what it certainly isn’t, though (unfortunately), is scary, and some of the stories really deserved to be. Still, this is the director’s first film and it shows plenty of promise. 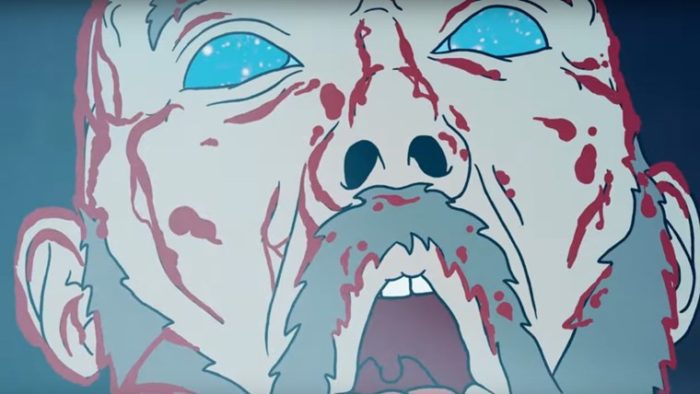 The UK premiere of The Spine of Night was a perfect treat for the start of Saturday’s program: a grown-up cartoon matinee. This is animated world-building the likes of which I’ve only seen coming out of Asia until now, and although it was only an hour and a half long, it felt like I had spent a week exploring this remarkable landscape: not because it was tedious, but because I was utterly engrossed. Again, this is an anthology of stories, but they flowed together so smoothly that it all felt like one at the time. Sorceress Tzod (Lucy Lawless) has come to see the guardian of the sacred and magical bloom, and she recounts to him its history since it was taken from her by barbaric conquerors.

A friend described this film as the kind of thing Spinal Tap would have come up with if they were to make a feature: full of violence, primitive magic, barely clad warriors, and fierce music. She’s not wrong. The plot (and visuals alike) covered several different fantasy eras and settings, each of which felt like a comfortable blend of original and familiar; they all featured surprises though, such as when magic grew from beauty to horror, and when battles became explicitly bloody. Oh yes, this is one violent piece of animation! The characters were animated with rotoscoping, which worked great for the action scenes, though the acting didn’t always live up to the vibrancy. What really worked for me though was the backgrounds, and combined with that, the sometimes psychedelic (almost Color Out of Space style) magical imagery. One to watch out for when it comes to Shudder in 2022. 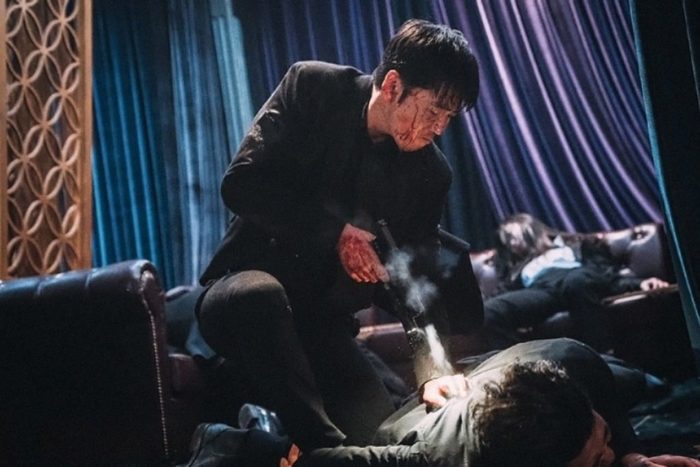 Different again, the other UK premiere that Mayhem presented was an action film, a mystery thriller, and a contemporary urban sci-fi. Spiritwalker is fast-moving and frankly riveting. The story starts with a man (Yoon Kye-sang) who comes round from a car accident with no idea who he is, and just as he’s starting to get his head around this identity issue, he finds himself inside someone else’s body (as you do!). At the same time as trying to figure out who he is, this protagonist also has to piece together what’s going on with the various people he inhabits (a little like Every Time I Die), while making a switch exactly every twelve hours…which made me wonder what would happen if he switched while the host was asleep. Anyway, what was going on with them essentially involves some gangster betrayal shenanigans, and so it makes sense that an identity-based sci-fi turns to car chases and shoot-outs.

There’s a lot that is shallow and underdeveloped about Spiritwalker, but the superb production quality, action, and clever writing carry it through. The underworld thriller and the body-hopping sci-fi each could have been fairly shallow, but they work very well in combination; reminding me of Sam Beckett trying to understand who he is in each episode and then resolve some situation in order to make his “leap home.” Similar to Quantum Leap, the face people see is the one who our main character sees in the mirror, which enables the audience to follow just one actor most of the time. I liked the shifting scenes particularly, in which he is fully conscious (and quite confused at first): one room morphs into another with seamless style, almost like the visions in Malignant. The characters he walks/leaps into are all distinctly different, so it’s satisfying to see the pieces being put together. Sure, the story is kind of outlandish, but it’s exciting and has a strong enough sense of urgency that the audience can stay engaged with the direction of travel. Best of all are the fight scenes and yes, the car chase; no surprise that this film comes from the same production team as The Gangster, The Cop, The Devil, screened at a previous Mayhem Film Festival. 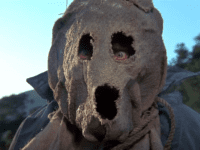