If the pandemic did anything for me, it would probably be giving me the opportunity to play tons of horror video games I had wanted to play for a long time, games I wanted to replay, and new games to look forward to. My quarantine was full of motorcycling my way through the wasteland with Deacon St. James in Days Gone, trying to kill every character by the finale of Until Dawn, and running away from the enigmatic Lady Dimitrescu in a beautiful mansion in Resident Evil Village. I soon became overwhelmed with the amount of horror content I was playing and decided to take a step back…that was until the opportunity to play Chernobylite came along. Chernobylite is the newest game from Polish developer The Farm 51 and Polish publisher All In! Games.

Chernobylite is a science-fiction survival horror RPG. Set in the hyper-realistic, 3D-scanned wasteland of Chernobyl’s Exclusion Zone, explore a non-linear storyline in your search to uncover the truth of your tortured past. (Steam) 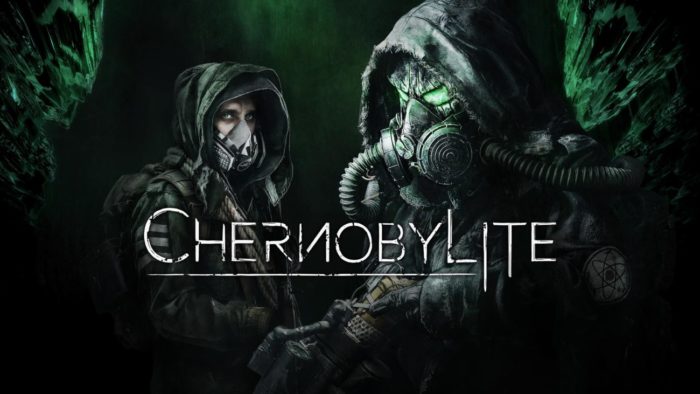 Before we get into it, I want to talk about two things: aesthetics and gameplay. Visually Chernobylite is so incredibly pleasing, from its bleak and barren wasteland to the lush radiated forests, to the cosmically colorful Chernobylite ruins. The use of 3D-scanned environments from inside the actual Exclusion Zone adds a whole new layer of dread and sadness to the playthrough, just knowing we’re traversing an environment where many people had died and even more had their lives uprooted and ruined. The addition to the small/medium/large clumps of Chernobylite brings such a beautiful and radiant cosmic green to the aesthetics.

Gameplay-wise Chernobylite fantastically stands out. One of the coolest elements gameplay-wise is the mixture of its non-linear storytelling, giving you the option to go back in time and make significant changes to the story; for better or worse. The other great element of its gameplay is the mixture of Open-World gameplay, as well as the fun addition of RPG themes. You can set up your companions to either rest in the base for the day, or you can assign them to certain missions which can provide rewards like health items, ammo, food, and much more. All of the gathering and companion-getting leads up to a final heist, but that’s for you to experience! 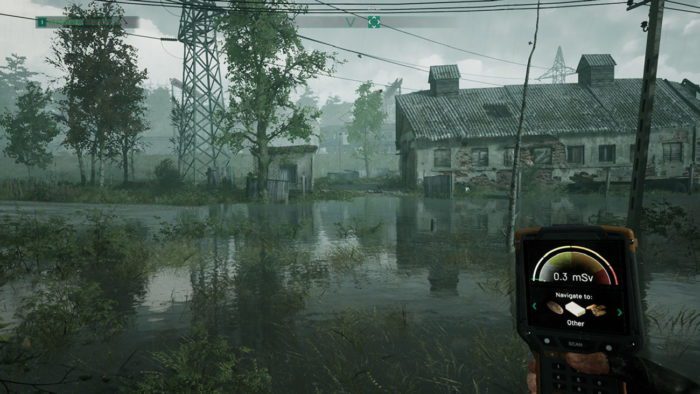 One of, if not the, most important aspects of Chernobylite is gathering. With your resource-finding PDA in hand, you traverse the remains of Chernobyl looking for electronic parts, metal plates for armor crafting, ammo, food, and herbs/fungi for healing salves. The PDA is a really great addition, giving you the option to gather up all yellow-highlighted collectibles within eye-shot, while the weapons, grabbable Chernobylite shards, and story-based clues emanate green, setting them apart from the craftable resources. The PDA starts out by taking a while to regenerate the ability to scan the area, but after getting enough skill points you can train with Mikhail to expand your inventory by 12 blocks at a time.

Is That a Gun in Your Pocket? 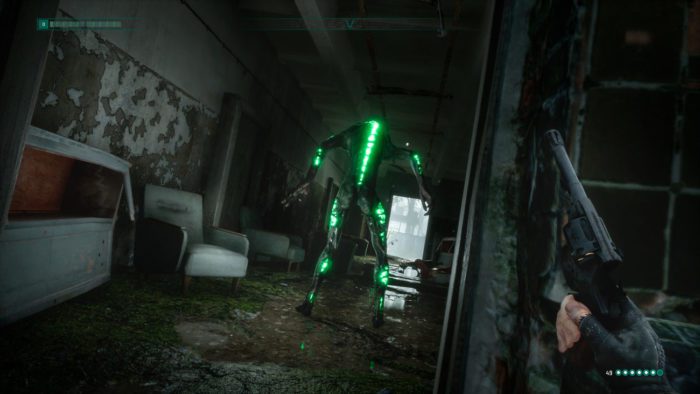 The inventory management of Chernobylite is akin to many of its predecessors, most notably, to me, 7 Days to Die. The first few days of venturing into the wasteland you will feel an urge to carry a bit too many items in with you, which can create a bit of an over-filled inventory issue. But once you get all set up with guns and armor, proper inventory management becomes a complete necessity. Once you start entering the missions with health items, specifically, you won’t find a real need to carry herbs and mushrooms in with you as you already have the items they are used to create.

The NAR and the True Horrors of Chernobyl 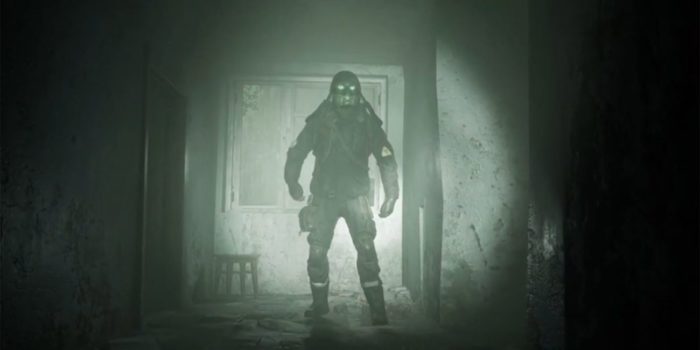 There are two sets of antagonists…well it could be argued there are three depending on how you decide to play. The first is the group of soldiers with the NAR who stalk the grounds of Chernobyl, waiting to take you out with extreme prejudice. The second group of antagonists is the horrifyingly mutated ghouls and ghosts of Chernobyl. The two most frightening creatures that haunt the lands are the Shadow who, unless this was a glitch, is completely invisible! Thank god there is a moving icon that indicates the direction you are being noticed from so that you can Pythagorize which direction the ghoul is coming from. The other absolutely terrifying creature is the Black Stalker, who is introduced very early, and, well, stalks you. He pops up through portals and hulks towards you with his large stature; he is truly one of my favorite monsters in a horror video game. 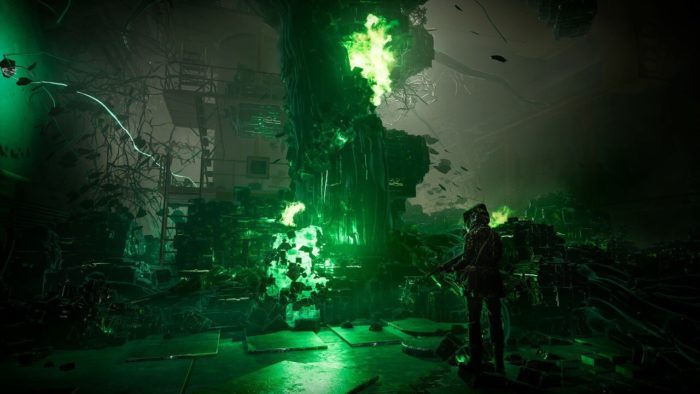 For the majority of the interactions you have with the multiple antagonists, you can pick stealth or run-and-gun. Both options are equally fun and provide their own unique challenges, the main one being killing anything slowly reduces your psyche and decreasing your field of vision with a radiated vignette that slowly takes over more and more of the screen. This can be rectified by learning one of the perks that let you take enemies down without decreasing your psyche, or you can just gun your way through with the revolver, adorned with the extended mag of course, and pound down Calming Salts to replenish your psyche.

If You Build It, Companions Will Come 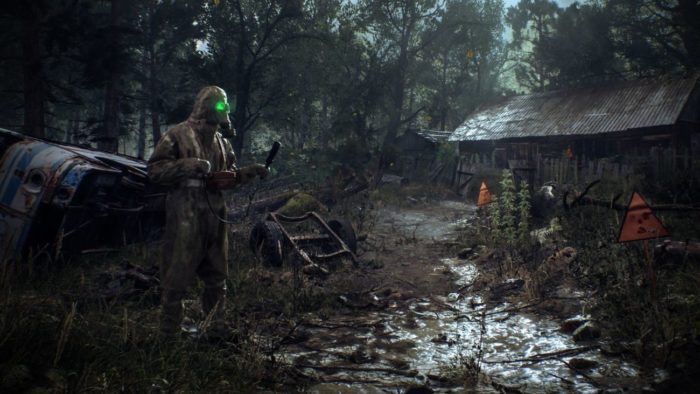 The other aspect of Chernobylite is the addition of the base building. From the resources you gather throughout the lands, you must make different stations to make different items and mods. Besides having the ability to make ammo and health items, the two most important craftable items are the Industrial Grinder, for crafting lockpicks, and the Chernobylite-Power Tools, used for crafting Anti-Chenobylite Burners. When building your base you will have to make sure you don’t exceed power resources, protect the quality of your base’s air, and keep a positive level so that your companions keep a positive status.

Chernobylite is a fairly intuitive game that feeds you the majority of the information that you need to succeed, though the number one thing that I think is necessary is to always craft lockpicks and Anti-Chernobylite burners before entering the missions. While you can find Locksmiths in the missions, it’s not always going to happen, so being able to have them in your inventory to get the juicy loot that is behind the locked doors is important. The other thing is if you plan on going the run-and-gun route, make sure you use the weapon upgrading stations to upgrade your gun barrels, this is the easiest way to increase the damage of the guns so you can use less ammo and carry less ammo leading to more inventory space. Oh, and don’t be afraid to go back in time and change your decisions, it may be helpful in the long run. 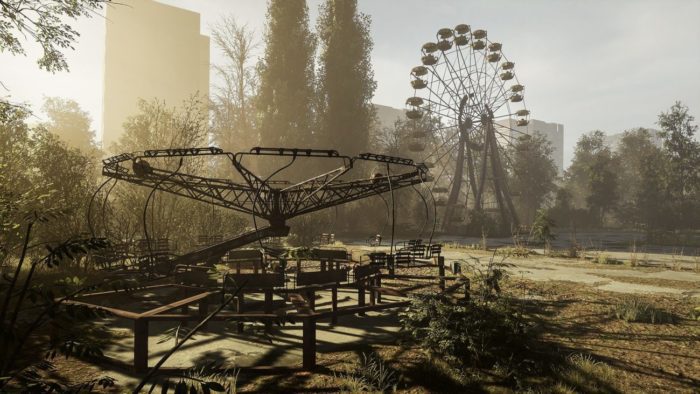 While there are some minor issues with Chernobylite on the PS4, mainly framerate issues and loading screen glitches, those can pretty much be chalked up to the PS4 being a PS4. This game reminds me of games like Fallout 4, 7 Days to Die, and S.T.A.L.K.E.R, but does a really good job of making it feel like its own original entity. There are many fantastic horror and thriller elements to this game, and the environment adds to the horror tenfold. There were many missions throughout the game that forced me to pause and take a deep breath, just to calm myself down. Chernobylite is an original, terrifying, and soon-to-be classic staple of horror video games, and has so much replay value that it could lead to hundreds of hours of gameplay.

Chernobylite was reviewed on the PlayStation 4.