At first blush, Jordan Peele’s Us may seem like just another scary story. You can easily view it as nothing more than an entertaining thrill ride, and on that level, it’s completely satisfying. But if you want something more than just a fun time, if you want some real moral and intellectual substance to chew on, Us has that in spades as well. It’s one of the smartest, most thought-provoking horror movies of this millennium, and the more you ponder its meaning, the richer it becomes.

At its core, the film’s message centers around the tethered, the villains of the story. They represent two distinct but ultimately related groups of people, and through this complex metaphor, Us conveys a message that our world desperately needs to hear. It’s a message that often gets lost in the hustle and bustle of our fast-paced lives, so let’s slow down a bit and take a deep dive into the important lessons this great movie can teach us.

The Forgotten and Oppressed 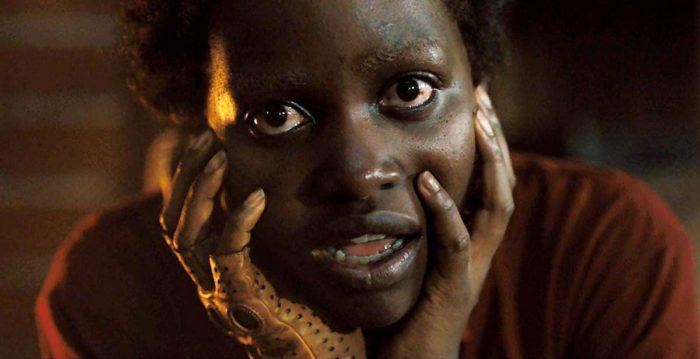 Before they rose up and attacked the rest of humanity, they lived in underground bunkers, and as Red tells Adelaide in her final monologue, they’re clones made by the government as an attempt to control people on the surface. They were forced to submit to their creators’ purposes, so they started out their existence as pretty much the definition of an oppressed class.

However, the experiment failed, so their makers simply abandoned them and left them to fend for themselves. The tethered had to survive on very meager resources, and they received absolutely no help from the surface world. For example, as Red explains in her first monologue, the only food they had was rabbit, and they weren’t even able to cook it.

Instead, because nobody ever went down to their bunkers to help them, they had to eat it bloody and raw. They were literally forgotten by the rest of humanity, so when we watch Us, the tethered are clearly supposed to represent the people in our world who find themselves in similar (albeit more realistic) situations. 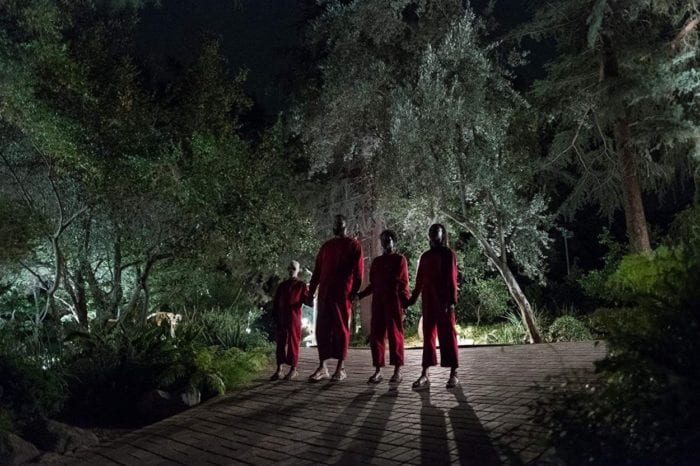 On top of that, the tethered also have a second meaning, one that’s much more obvious from a visual point of view. Each one of them is an exact replica of a person from the surface world, so when they rise up against that world, they’re sent to kill the people they mimic.

And when you see that happen, this second meaning just about climbs out of the screen and smacks you upside the head. As Jason says when he realizes that the intruders are just doppelgangers of him and his family, “It’s us.” They represent our baser natures, our inclination to vices like selfishness, greed, and hatred, and they show us that we’re not nearly as great as we like to think we are.

Sure, we may not be terrorists or mass murderers, but if we’re honest with ourselves, we have to admit that we all have some very deep character flaws that rear their ugly heads more often than we’d like to admit. We’ve all done bad things in our lives, and we’re probably going to keep doing bad things until the day we die.

And in case there’s any doubt about this, Us hammers the point home with its shocking twist. When Adelaide was a young girl, her tethered doppelganger kidnapped her and brought her down to the bunker where the other tethered live. The doppelganger left her there and went back up to the surface, and she took Adelaide’s place, leaving the real Adelaide to live underground as one of the tethered.

This means that the good Adelaide we follow throughout the entire movie is really the tethered doppelganger, and Red, the bad version, is actually the real Adelaide. Living as one of the tethered brought out the worst in her, and it turned her into a monster who shows just about no regard for human life. It actualized her potential for evil, and it shows that we all have a similar potential inside us as well.

Bringing the Two Meanings Together 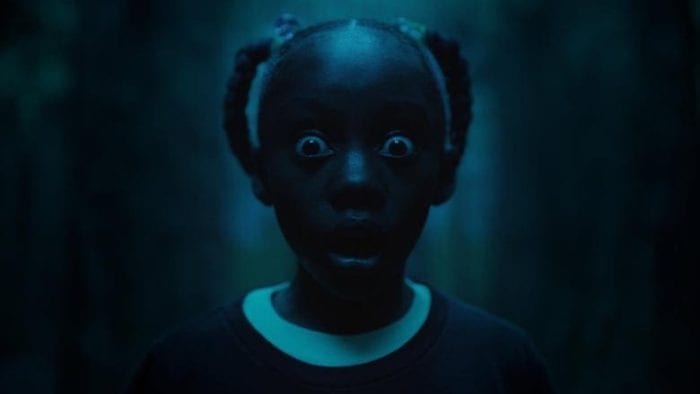 On their own, those two metaphors are powerful enough, but the message of Us doesn’t stop there. If we dig even deeper, we’ll find that the movie actually combines these seemingly unrelated meanings in a brilliant way, and the film’s ultimate message is an absolute bombshell.

The key here lies in Red’s first monologue, the one she gives when she and her family first enter the house and sit the Winstons down in front of them. She contrasts her childhood with Adelaide’s, and she explains how their experiences were vastly different. For example, she says that Adelaide got nice toys for Christmas, but she got sharp toys that sliced her fingers.

She gives a whole list of similar contrasts, and two of them are particularly telling. First, she explains that Adelaide was able to marry a man she loved, but Red was forced to marry that man’s doppelganger even though she had no love for him. Then, she says that when Adelaide’s second child was born via C-section, she also gave birth to a child in the same way, but she had to perform the surgery herself.

She doesn’t explain why her life mirrored Adelaide’s, but as the story goes on, the answer becomes clear. While living underground, the tethered had to mimic the behaviors of their surface-dwelling counterparts, even if it harmed them or caused them pain. They were engineered that way, so although Adelaide and Gabe meant no harm when they got married and had children, those actions had very traumatic consequences for Red and her husband Abraham.

And once we understand that, the true meaning of Us finally rises to the surface. It’s not just about the general idea of the forgotten and oppressed or the general idea that we all have a dark side. No, it’s about something much more specific, something that desperately needs to be addressed: many of our actions, even seemingly innocent ones, can have devastating consequences for people we will never meet. 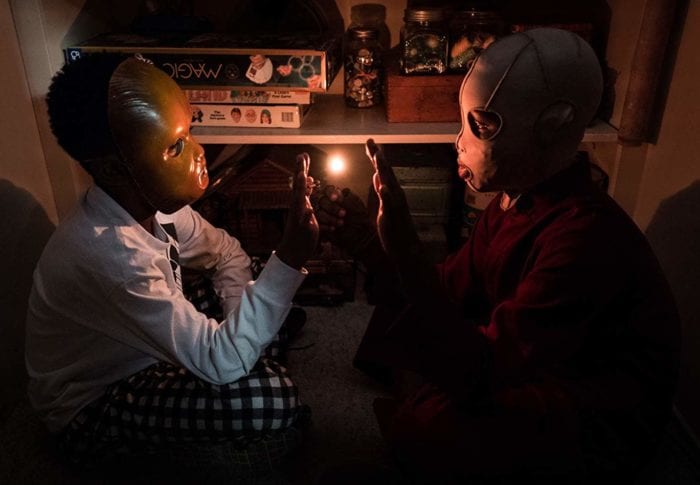 For example, many common household items that we just take for granted are often produced with what essentially amounts to slave labor, so every time we buy those items, we’re unwittingly supporting modern-day slavery.

This isn’t a fun message, but we need to hear it because in a very real sense, we contribute to the plight of the forgotten and oppressed. Whether we realize it or not, we’re often the bad guys in their stories, just like Adelaide and Gabe unknowingly made their tethered doppelgangers’ existence a living hell.

Now, to be clear, this doesn’t mean that we’re bad people. We’re not the ones enslaving and trafficking innocent victims, so we shouldn’t beat ourselves up about it. However, it does mean that we can’t just continue to go along with the status quo. The status quo needs to change, and that change needs to begin with us.

Admittedly, Us doesn’t tell us where to go from here, but it does get the ball rolling. It identifies the problem, and that’s the first step towards solving it. By combining the two meanings of the tethered into a bombshell message, the film shows us that we’re all unwittingly caught up in a web of exploitation and oppression, and by shining some light on the issue, it empowers us to take our first steps toward finding a solution.