Alan Moore has always been a curiosity to me. You would think the visionary creator behind Watchmen, V for Vendetta, and The League of Extraordinary Gentleman would be enjoying the fanboy culture attained through a love of comic books that have given rise to comic book movie dominance. However, as told in a rare interview with Deadline’s Tom Grater last year, Moore contrarily believes that his works have been compromised in the hands of corporate studios and “blighted” by the allure of the escapist mentalities of middle-aged men. Moore also says he believes he may hold some responsibility in that culture, as well, creating adult graphic novels like Watchmen and Batman: The Killing Joke—which was likely used for reference in the creation of the Joker movie—and that much of the superhero box office coincides with the political upheaval of both America and the UK in the last ten years. This is a part of why Moore has called it quits on his comic book writing career and opted for the creative control of independent cinema.

Enter the world of The Show, Moore’s hypnotically bizarre new film. Steeped in an investigative plot, Fletcher Dennis (Tom Burke), a hitman, has been dispatched to the English city of Northampton to track James Mitchum (Darrell D’Silva). Mitchum, a womanizer, is said to have preyed on the daughter of a wealthy businessman and stolen an heirloom necklace before leaving the girl in a coma. Upon the hitman’s arrival, he immediately learns that Mitchum has had a fatal accident and finds him quickly enough on a morgue slab. Searching Mitchum’s personal effects and not finding the jewelry, the only clue given is that before Mitchum’s death, the orderly heard him say, “Where’s Faith gone?” leading Fletcher to another patient (Siobhan Hewlett) that was brought in on the same night. 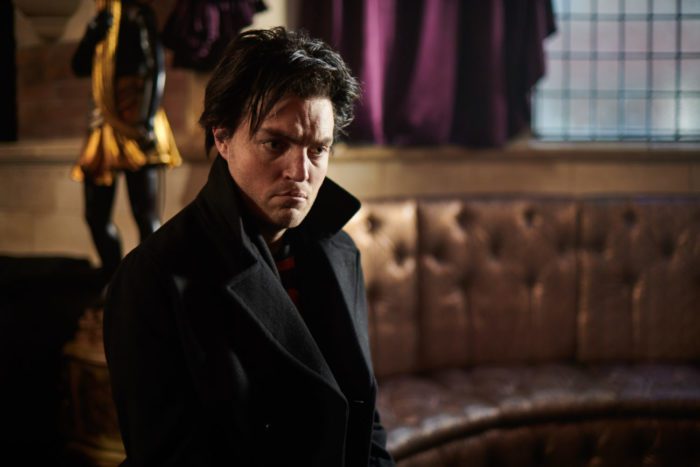 Back in 2014, writer Moore and director Mitch Jenkins put together an interweaving anthology of short films titled Show Pieces. James Mitchum and Faith Harrington appear as characters in the pseudo sidecar prequel, telling their stories entirely instead of in vague vignette highlights within The Show. Show Pieces was presented at FrightFest during its festival year, so it seems only logical that this year’s FrightFest audience would want to know what became of those characters.  I did not see Show Pieces prior to viewing The Show, but I don’t think it is entirely necessary. Though at times, it does feel as though there are throwbacks to the shorts, possibly making for a more complete experience, The Show itself stands on two legs as the events begin to occur a literal day after the events of Show Pieces take place.

Faith comes out of her coma, aiding Fletcher in his search for the missing heirloom and searching herself for answers to how she knows James Mitchum. It appears that Faith and Mitchum have only met in a club within her dreams. When the pair begin looking into it further, it turns out the club existed in Northampton fifty to sixty years ago but burned to the ground tragically with many people inside. Faith describes the club as a representation of hell but felt like the whole experience was more for someone’s amusement. It isn’t long before one draws reference to Twin Peaks’ black lodge.

Furthermore, characters bring the world of The Show to life. The film continues to play into the atmosphere of Twin Peaks as we meet a barrage of quirky townspeople from the Voodoo practicing gangsters, a vampire orderly, a super agreeable nightclub manager, a Hitler-looking rock star, a detective agency run by trench coat wearing children, and a superhero librarian among the cast. 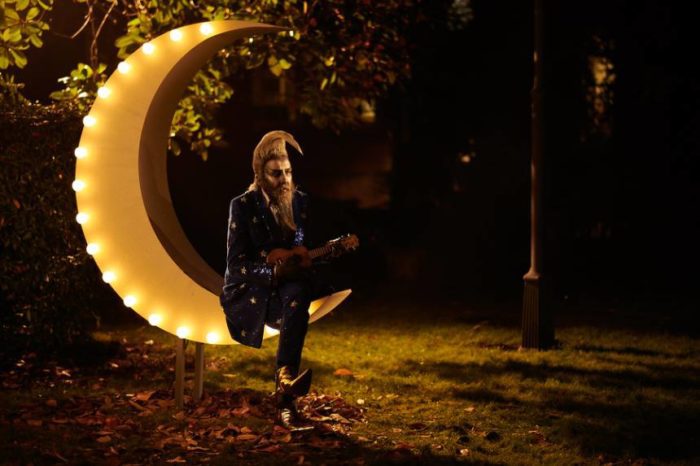 When night arrives in Northampton, nothing is as it once seemed. The frail fabric separating reality from the fantastic is never thinner, and “Nighthampton” becomes accessible in dreams. Especially if you’re heading to a club led by two dead burlesque-era comedians, Metterton and Matchbright, representing the duality of God and the Devil while the club they reside in passes for a perfect purgatory.

In the aforementioned Deadline interview, Moore says about making his hometown of Northampton the setting for The Show:

There are a lot of failed social visions, mismanagement, but the imaginary life of the town…it has odd little pockets of surrealism and bizarreness that are still there, same as they’ve ever been, that are coming to the fore as Northampton’s waking reality has been so disjointed. The Show is an observed fantasy on a number of levels, but an awful lot of it is true. The town really is that odd-looking.

In many ways, it feels like Moore has crafted a love letter to his hometown, showing the brightness and the darkness of where he came from. I also imagine Northampton could pass for any little town in the world—places that appear to be one thing in the daylight and show a different face at night altogether.

The Show is a bit of an odd neo-noir, but it’s also a beautiful one. The character building alone makes for a wonderful experience, while the cinematography and makeup effects are absolutely dazzling. The dream sequences are hauntingly imaginative. The acting is top-notch, with Burke sparking chemistry alongside everyone he meets in the film, Christopher Fairbank making good use of his role as well, and Moore continuing to be as enigmatic as ever as Frank Metterton.

While I delight in a lot of the atmosphere of The Show, the film’s ending, though thoroughly intoxicating, fizzles out without providing answers to many of the audience’s unanswered questions. That said, The Show is rumored to be on its way to become a series, with Moore having already written several episodes, so perhaps it’s just a measure of patience. Still, as far as complete films are concerned, something makes the film feel incomplete. Though like a fleeting dream, I still enjoyed The Show for the most part. It’s mysterious, whimsical, and based on how things do shake out for our hitman and coma patient, I’m just as curious as ever in Moore’s musings for a series.

The Show played as a part of Arrow Video Fright Fest with a virtual showing on Sept 1. The film will be released on VOD in the UK on October 18. US audiences can see The Show on Blu-Ray on November 23.