Death is scary. If it weren’t, horror wouldn’t exist. The entire genre is predicated on this basic human fear, and horror filmmakers have been exploiting it for about a century. Sometimes they do it well and other times they fail miserably, but at the end of the day, that’s almost always the goal. And Post Mortem is no different. It’s a ghost story that deals with death from beginning to end, even when the ghosts aren’t making their influence felt. So, in a very real sense, it’s a prime example of what horror is really all about.

Directed by Péter Bergendy and starring Viktor Klem, Fruzsina Hais, Judit Schell, Andrea Ladányi,    and Zsolt Anger, Post Mortem follows Tomás, a soldier during World War I. On the battlefield, he has a near-death experience in which he sees a vision of a little girl, and after the war is over, he becomes a post mortem photographer. One day when he’s practicing his craft, he meets a young girl named Anna, and she tells him that her village has a lot of dead people to photograph. He recognizes her as the girl from his vision, so he can’t help but visit the town and explore his mysterious connection to her.

When Tomás arrives, he quickly sets up shop and takes pictures of the recently deceased, often with the relatives they left behind. This was actually a real practice around that time, so even though it may seem weird to us today, it’s totally normal to the characters in Post Mortem. They don’t think anything of it, but for viewers, this is one of the creepiest elements of the film. Just seeing Tomás take photos of people sitting next to the corpses of their dead relatives as if they were still alive is pretty unsettling, so like I said before, even when the ghosts aren’t in the picture, this movie is still about death from beginning to end. 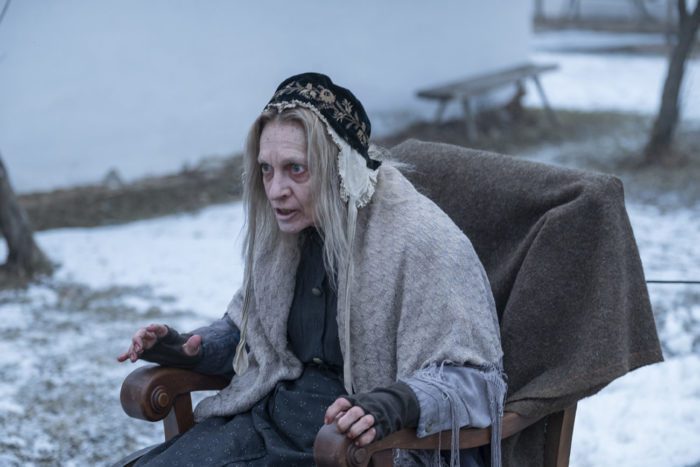 Almost immediately after Tomás gets settled, he begins to experience some creepy supernatural phenomena—this is when the story really kicks into gear. It features a great mix of very subtle scares with a few bigger, more in-your-face moments and it’s super effective. In fact, sometimes the scares are so subtle that the characters themselves don’t even notice them, but if you’re paying attention, you definitely will. When this happens, the movie wisely chooses not to make a big deal out of these spooky events. Instead, it just lets you stew in their inherent creepiness, and that makes them all the more chilling.

Soon enough, these hauntings become very dangerous, even life-threatening, so Tomás teams up with Anna to try to find a way to stop them. From there, Post Mortem focuses mainly on these two characters as they go around the village documenting people’s experiences with the ghosts and trying to figure out what these entities want.

Admittedly in the second act of the film, the horror begins to dip in quality a bit. Director Péter Bergendy moves away from the subtle scares that worked so well in the first act and the ghosts cause some very visible mayhem that just doesn’t get under your skin in quite the same way. It’s still entertaining enough, but it’s nowhere near the level of spine-tingling creepiness that the first act reached.

Instead, the strongest elements in this part of Post Mortem are the characters and the story. For starters, the performances are great all around, so you totally buy into the entire village. You really believe that they’re all from the early twentieth century and you can easily sympathize with the pain these hauntings have caused them. Because of that, the story is really interesting as well. You want to find out what these people have been going through, and you’re curious about what these spirits might want and how Tomás and Anna might be able to stop them. 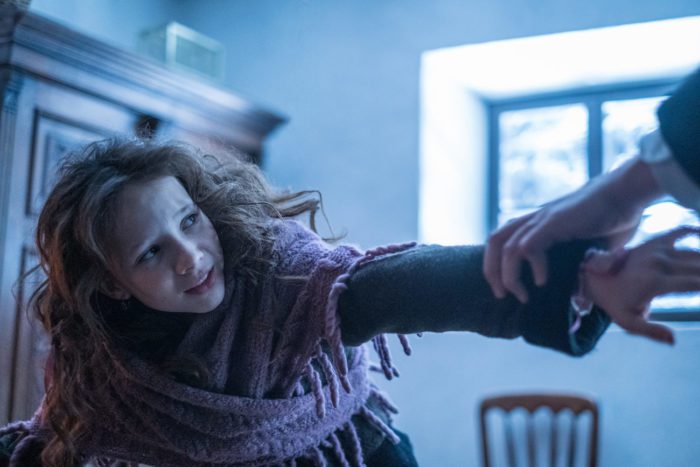 But hands down, the standouts of the second act are Tomás and Anna themselves. They work really well together and you quickly come to care for their well-being as they go about their dangerous work. In particular, I have to give special mention to Fruzsina Hais, the actress who played Anna. She’s far better than the average child actor, so if she wants to stay in this industry, I think she has a bright future ahead of her.

Then, when we move on to the third act, the horror gets back on track again. The ghosts start wreaking havoc like never before and we even get a few subtle scares just like we did in the first act. In particular, there are two scenes that really stood out to me from this part of Post Mortem. I won’t say what they are, but I’ll just say that they both involve a bunch of corpses, so once again, the death motif is (somewhat ironically) alive and well in this part of the film too.

So all in all, if you’re a fan of supernatural horror movies I’d definitely recommend checking out Post Mortem if you get a chance. While it has a few ups and downs and the horror is never quite as good as it was in the first act, it’s still a solid ghost story that’ll creep you out and hold your attention from beginning to end. It makes great use of our natural fear of death, even when the ghosts aren’t involved, and the human elements keep the story afloat when the scares take a bit of a backseat.