Independent horror has always been one of the most appealing genres to me. Sure, you can find schlock, but you can also find something truly unique. Going through the list of FrightFest’s titles, I was immediately drawn to the title of The Parker Sessions. Maybe that is slightly narcissistic given my name, but, in my defense, you can make connections to characters that way. So, I researched the film and saw its synopsis about a young woman, Parker (Rachell Sean), who enlists the help of a counselor (Danny James) to help her with her recurring night terrors. Films, where dreams and sleep are not safe places, will always be interesting to me, and, along with the film’s Rorschach poster art, I was sold on the film.

There’s a lot to like about The Parker Sessions’ aesthetic immediately. The sound of a wall clock against the strings of the film’s brilliantly uneasy score helps the uncomfortable feeling of dread presented in the waiting room as Parker waits for her turn with the counselor. The atmosphere is further fraught for the viewer listening to the background sobs of the current patient wailing away. Even the way director Stephen King Simmons utilizes the black and white for monochrome transitioning works very well and, in the final act, works on a subtle Night of the Living Dead level. These technical achievements continue to impress throughout the film.

As the first act, “It’s nice to meet you doc,” begins, it’s hard to figure out where exactly the story is going. Parker lies to the analyst about taking drugs and her sexual activities, consistently kicking against a trash can to annoy him, and repeatedly disrespecting his methods by stepping across every barrier he tries to set for their therapeutic relationship. It felt as if this situation was court-mandated for Parker because her character is somehow authoritatively rebellious yet disarmingly charming. She avoids handshakes, calls the counselor Doc or Bob over his introduction of Robert and absolutely dismisses his repeated calls for her to not interrupt him by raising her hand. It takes a minute to realize, but his counseling tactics are controlling, subjugating, and oppressive. 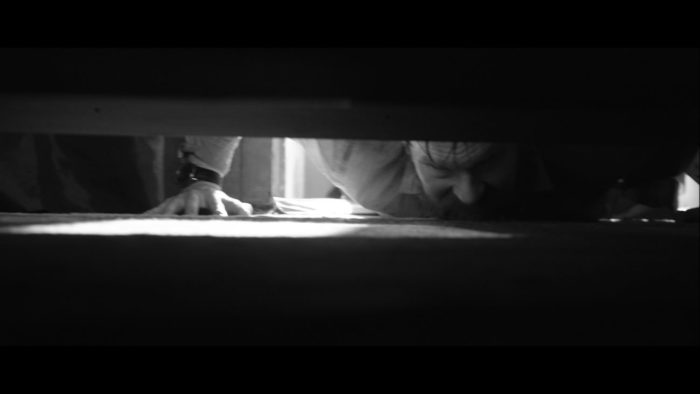 When Parker and Counselor Bob start diving into why Parker is seeking him for therapy, a lot of psychology is revealed to address her issue. She introduces a dream that plays like a memory that recounts a rape against her and violence against her mother. After she wakes up, the nightmare continues to play out.

Admittedly, I started to grow tired at the end of the film’s first act. The dialogue was good, and the actors’ chemistry worked, but the story didn’t feel like it was building to anything. It felt as though I was pushing through a lot of exposition but not getting a whole lot in return. Not much is uncovered right away about why Parker chooses Bob over any other counselor to have these sessions. Their doctor-patient relationship feels clinical and standoffish. Of course, trust has to be earned, but Parker decides to continue instead of seeking help elsewhere. All I can say is, I’m glad I stuck with The Parker Sessions. As the film moved into the second act, and Bob advised Parker to face her fears, I became far more curious about where this rabbit hole I stumbled into was going. The film instantly reminded me of Honeydew in its setup process and, just like Honeydew, was able to surpass my expectations.

In act two, “Help me, I am in hell,” the viewer witnesses Parker’s night terrors in action with a very Polanski-style build-up to the event. Parker’s daily chores of feeding her cat, washing the dishes, and putting makeup on becoming anxiety-laden. The mundane scenes of normal activity, akin to Repulsion, turn horrifying as the idle malaise of Parker’s day turns into a harrowing evening. The intensity of the second act is softened a bit by the duality of fun Parker experiences at a local fair, though it feels disconnected like a dream. The act connects the child-like state where Parker first experienced the violence with what her life has become because of it.

In watching Parker literally fight off her night terrors or relinquish painful screams behind the closed doors of her bedroom, I couldn’t help but think of Laura Palmer. Dreams and night terrors are certainly very Lynchian, but I was struck by Bob telling Parker that it’s only a dream, in similar resonance to Laura being told that her nightmares are not real. First-time actress Rachell Sean portrays Parker in a nearly parallel state to the distressed Laura, who pieces together who (or what) her night stalker could be in Twin Peaks: Fire Walk with Me while Parker maintains it’s a shadow that is out to cause her grievous harm here. With this revelation, the audience begins to wonder if these occurrences are actually happening while Parker is awake. 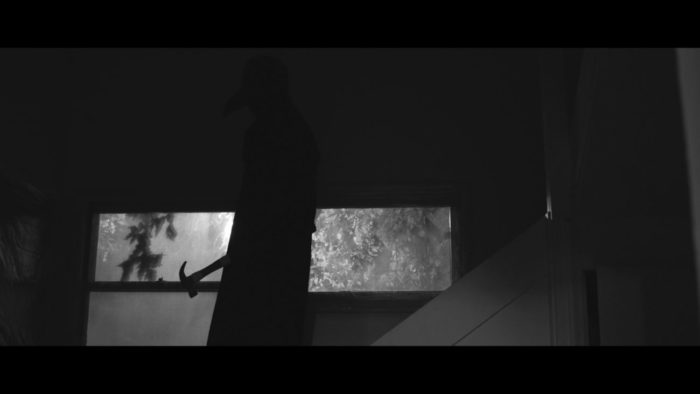 In act three, “Oh my God Parker what have you done?” Parker returns to Bob, and the story shifts dramatically. With a twist fit for an M. Night Shyamalan ending, our character relationships are ripped apart, and an unexpected motive is revealed. The importance of all the seemingly unimportant pieces from the first act come hurtling back into focus. Parker has decided to take Bob’s advice and tackle her demons head-on, making for a thoroughly unpredictable shock. The film shows its hand at the right time, and the final act will have your eyes glued to the screen.

After the film was over, I began considering how the film would be perceived on a second viewing. Certain aspects of the film’s first act work better knowing what the film is leading you towards. The man wailing at the beginning, Bob cleaning up after him, Parker kicking the wastebasket, Parker’s lies, and the hostility of the first session. Clues are placed throughout their initial time together, waiting to be discovered, but you’re not sure what you’re looking for right away.

The Parker Sessions is likely not going to be for everyone, there will be some who will roll their eyes at the pacing or the black and white, but I enjoyed how this film shakes out. This movie sits with me still, creeping into my head and haunting me. I love when a film does that. The Parker Sessions is sharp, focused, precise in its execution, and it’s a hell of a debut feature for Stephen King Simmons

The Parker Sessions is playing Friday, Aug 27, as a part of Arrow Video FrightFest 2021