With nearly 4.5 millions deaths, and over 210 million cases, COVID-19 has halted the world and shuttered people inside their homes. Practically every industry had to make severe changes. Mom and pop stores shut down, and things looked bleak for some time. For me, one of the scariest things was getting into New York’s Penn Station at 8 PM one night on my way to work and not seeing a single soul. The usually busy transportation heart of the city was dead as disco; the streets of New York were barren. It was only a matter of time until our genre used it to our advantage to make some absolutely crazy and heartbreaking art. What happens when you give creative freedom to a handful of incredibly talented genre filmmakers who have been trapped inside stuck in their heads? You get Isolation.

While an anthology film is only as good as its wraparound story, there was really not a huge need for a wraparound. We get the setup a la a contagious disease that is going around, and for this type of film, that is honestly the only background we need. Each vignette tells its own story and does a great job of providing insight on the situation we have all been thrown into, while telling highly entertaining and horrific stories.

Each story stands out for its own specific reasons, and each story has its own personal take on the pandemic. The entire film is strong, but there are a few that really stuck out to me for various reasons. Let’s get into it. 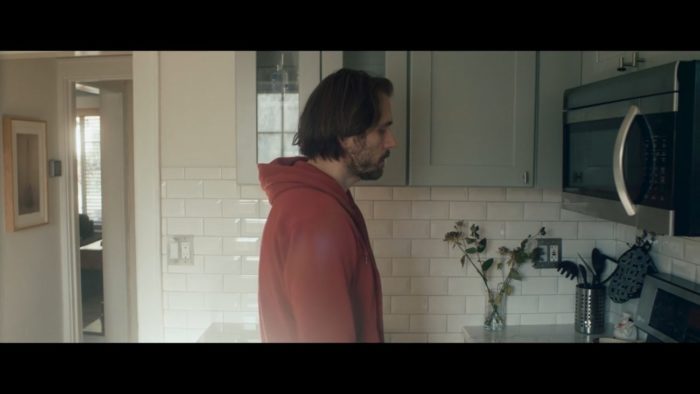 The fifth segment, set in Chicago, “Meat Hands,” is written and directed by Adam Brown and Kyle Kelley (both of Flufffernutter and The Music Lesson) and really delves into the psyche of a normal person just longing for a connection of any kind. Alex (Adam Brown) goes to some weird lengths just to feel the comfort of another human being—like, some really weird lengths. Brown does a good job all around and carries his character arc perfectly through the very last second of the segment. I think out of all of the segments, people will connect with this one the most. 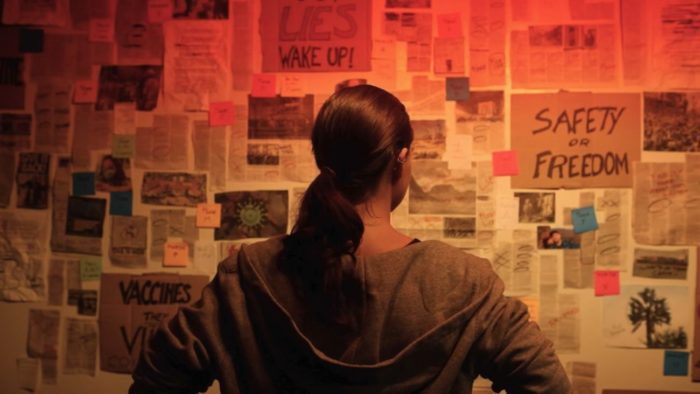 The sixth segment, set in London, “It’s Inside,” is written and directed by Alix Austin (RETCH, Followers) and Keir Siewert (RETCH), also starring Alix Austin as Paige. It is a dark look into the mind of a conspiracy theorist who has completely dissociated with reality and blogs about the 5G virus to her viewers. Austin really nails this performance, balancing the psychological performance with her physical performance. This segment is very psychologically thrilling with a wonderfully bloody payoff that will make any viewer squirm in pain. 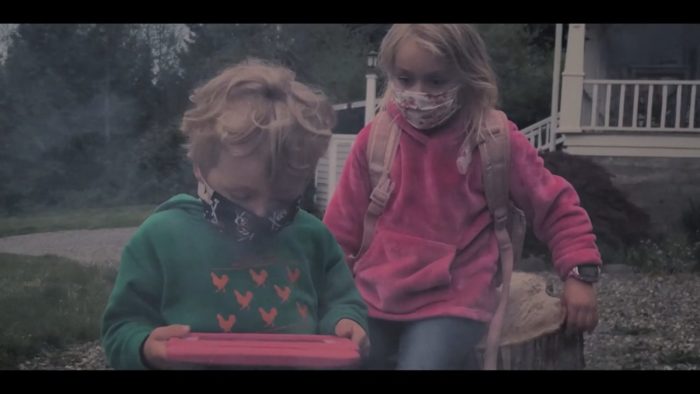 The fourth segment, set in Seattle, “Pacific Northwest,” is directed by Bobby Roe and written by Bobby Roe and Zack Andrews (both of the wildly prolific The Houses October Built series). They really pulled out all the stops for this one. While this isn’t the most visually wild segment, it packs one of the strongest punches in the movie. This story follows two children, Sunny and Bodhi, presumably Bobby’s real-life children since they share a last name, as they try and navigate the f*cked up world by themselves. Did I mention that they are children? Not like 12- or 13-year-olds, like young-young. They lost one parent and are hoping that the other parent will be coming to save them. Things soon go awry as it looks like hope may be lost for them.

One of the things that makes “Pacific Northwest” is the acting. Typically, when it comes to performances that land on the shoulders of children, it’s really hit or miss. Sunny and Bodhi do a wonderful job in this segment and really embody the sadness of their situation. There isn’t a huge amount of dialogue in this one, but the physical acting that these kids do is very impressive. 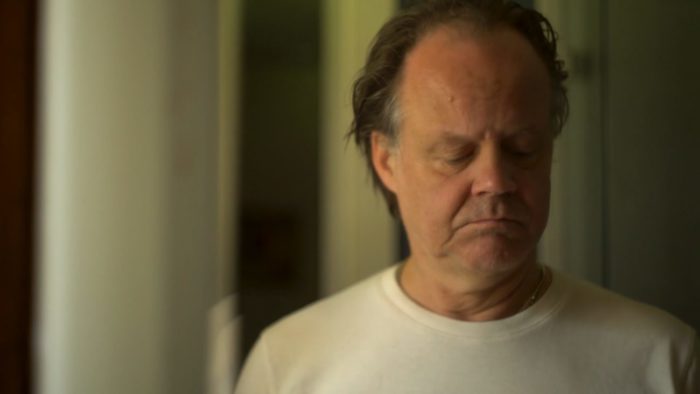 The last segment that I want to talk about is the first segment, set in New York, “Fever” is written and directed by God himself, Larry Fessenden (Depraved, Wendigo, Until Dawn), and it is objectively and subjectively my favorite segment. There’s something about Larry that I go crazy for, and I feel like he always delivers the goods. “Fever” follows Man (Larry Fessenden), Wife (Beck Underwood), and Son (Jack Fessenden) as they try to escape virus-ridden New York City and quarantine in, presumably like many New Yorkers did, The Hamptons. This segment is psychologically scary and just incredibly depressing, showing just how easily a virus can be contracted.

This husband/wife/son team takes this segment to the moon. It left me in tears and sets the perfect pace for the entirety of the film. There may be a chance that Fessenden over-delivers with his segment, leaving the following segments such a high bar to reach…or maybe I am just that obsessed with Larry Fessenden. 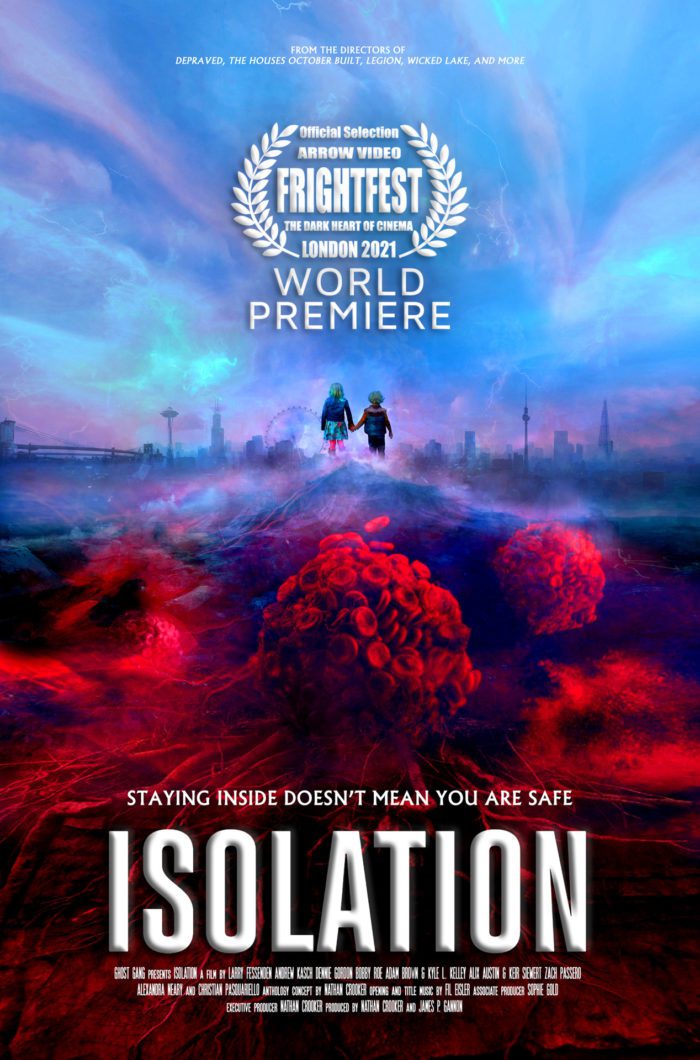 Every segment in Isolation is a good little chunk of horror, and as a whole, it takes us on a crazy depressing ride. If there is one thing to say about Isolation, it is that it is one of the most poignant and important pieces of political commentaries since Get Out. Isolation does for COVID-19 what Jaws did for the water. I mean, COVID-19 does naturally carry an element of horror behind it, but this film does a good job at making it even scarier.

From conspiracy theories about 5G to exploring mental health to the breaking down of family dynamics, Isolation is bound to scare you, make you think, make you cry, and make you wonder…is there anything we could have done to avoid all of this?

Looking for more about Isolation? We’ve got you:

“A No Filtered Interview With Isolation’s Nathan Crooker” 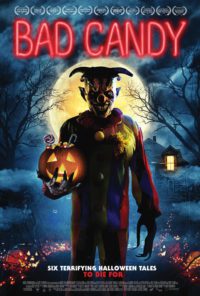