The found footage subgenre is one of the most abused subgenres around, and for good reason…they’re cheap to make. That’s not a knock on them. Some of my favorite films, Grave Encounters and The Houses October Built, are found footage. Usually these types of films are thrown together and shot on incredibly low budgets, and it definitely shows. Thankfully, Followers is a welcome installment in the subgenre, and its certainly an entertaining film from beginning to end.

Jonty, an influencer with an ambition to reach over a million followers, will stop at nothing to become famous. When a demonic presence appears in his student house, Jonty decides to stream it and gain millions of followers. But at what cost?

There are two major aspects that the film handles: why they are filming and the internet. Firstly, one of the most annoying things in films is when a simple site that is trying to emulate YouTube looks fake or has a time bar that doesn’t move as the video plays, etc. Writer/director Marcus Harben makes the interstitial websites/apps look real and not distractingly fake. Harben also understands the commentary community on YouTube. While Jonty (Harry Jarvis) films and posts incredibly more ridiculous things on his platform, the commentary channels that make videos on him and his crew also start getting more and more views, which is very on brand with how YouTube works. Also, this kind of feels like social commentary on things like FaZe clan and the Hype House, and the ridiculousness that follows these “content creators.” 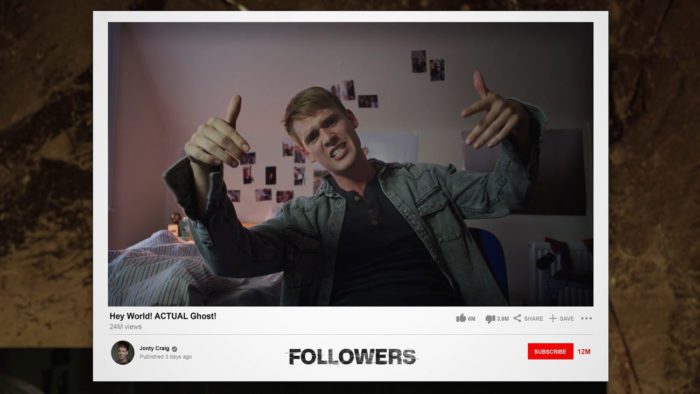 In found footage movies, one of the things most people scream at the screen is along the lines of, “WHY DON’T YOU PUT THE CAMERA DOWN,” and that’s a fair question. So what happens when a bunch of young adults have been conditioned since birth of the “importance” of social media and “clout”? While I can’t look up Jonty’s channel on SocialBlade, it’s fairly easy to assume he would be making a pretty penny from these uploads. So why would they quit filming? Greed can overcome the strongest human, and the fandom that comes with success on sites like YouTube can make a sane person do crazy things. Jonty and his friends don’t have an incentive to put the camera down because then the money stops; in fact, if they stop filming, the financial consequence is astounding.

While everything that was just mentioned is important to making the film succeed, the scares have to be there as well. Followers delivers some good scares and is a good piece of social commentary on the internet and the generation that was raised on it. 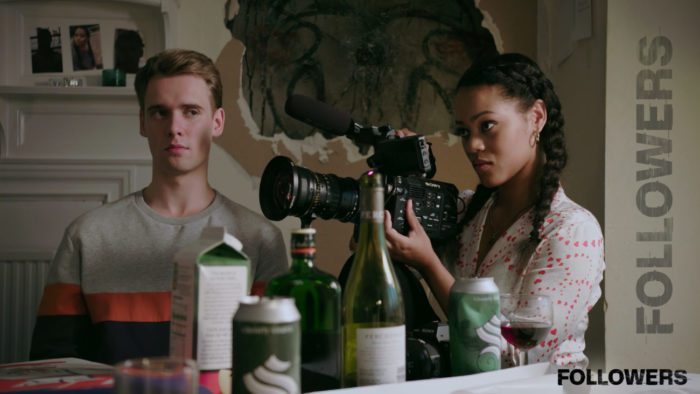 The cast does an excellent job at portraying self-obsessed influencers who are students at university, looking for their respective 15 minutes of fame, and they definitely look the part. The cast consists of Harry Jarvis (High Strung Free Dance) as Jonty, Loreece Harrison (Black Mirror) as Zauna, Erin Austen (Where’s Wally) as Amber, Daniel Cahill (Anna and the Apocalypse) as Pete, and Nina Wadia (EastEnders) as Becky.

One of the really compelling story details is how Becky, who is a couple decades or so their elder, also runs a channel with few subscribers and viewers, with a focused channel of self-help/spiritualism videos. Throughout the film, she interjects herself frequently, under the guise of checking in on the students, but it’s fairly obvious she is trying her damnedest to cash in on their fame to promote her self-help channel, and…some other nefarious things. 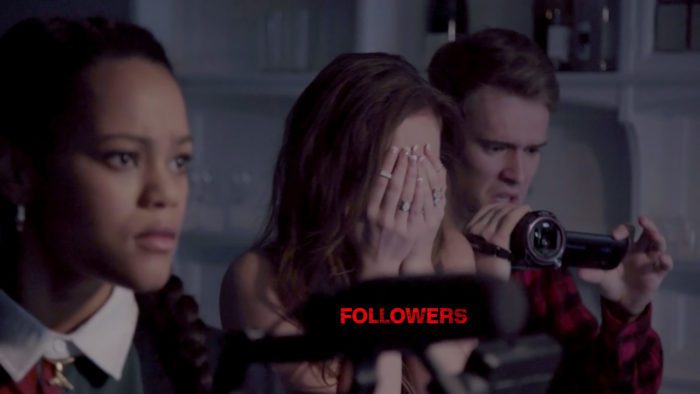 As is typical within found footage movies, the cameras start getting to some of the flat mates and start to drive a wedge between them. This is one of the things that I think goads the paranormal entity into getting more and more extreme with its haunting. One of the raddest scenes in the movie, and now one of my favorite in the subgenre, is a party scene. In the midst of their paranormal issues, Jonty decides to throw a big party! What could go wrong, right? What the party entails is pretty wild, and it is an all around creative scene by Harben. 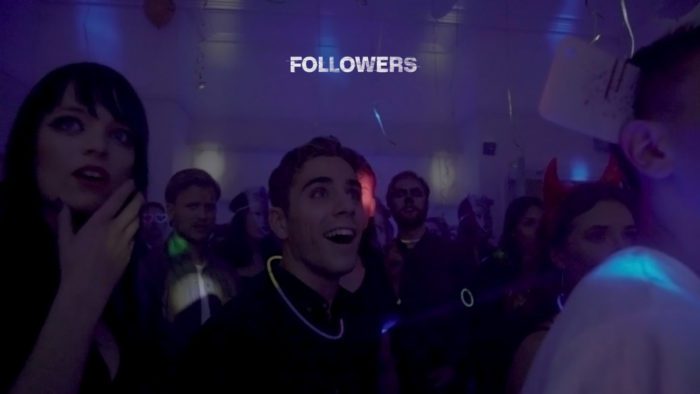 A lot of the effects in Followers look great and are handled very well. The scenes of violence look simultaneously refined and wildly chaotic. The glitches, camera effects, and audio glitches look and sound great without being overly distracting or off-putting. The film chronicles 50 tense days, with each event shadowing the event that preceded it.

The chemistry between Jonty and his flat-mates is pretty interesting. Jonty seems to have different characteristic types when communicating and dealing with each member of the flat. He tries to step up to the muscular alcoholic Pete but looks like an ant compared to him. Pete seems to be aware of this and is able to use his size and dominance to somewhat keep a handle on him. Jonty’s interactions with Amber and Zauna are also wildly different. His relationship with Amber can plainly be described as toxic, whereas with Zauna, it seems he is scared of her—not scared that she is going to hurt him but that she is one of the few people he actually respects and is afraid to cross. 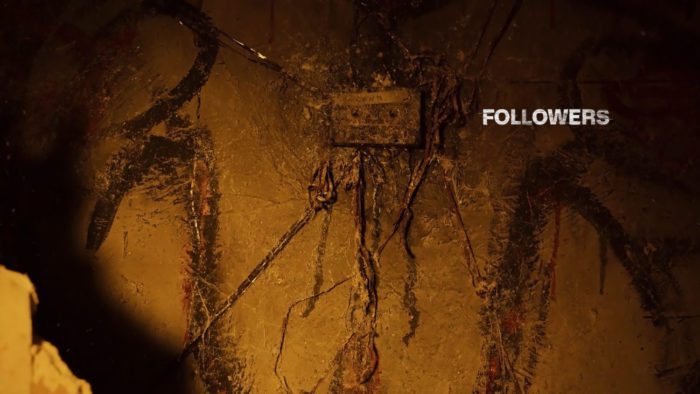 Followers is a fresh and exciting installment to the found footage subgenre. It is full of some great kills, some wild scares, and many interesting concepts to the paranormal subgenre that I don’t think I have seen done before. Without spoiling, there is an integration of a cassette tape at one point, and it feels so incredibly new. Jonty seems to have no boundaries when it comes to fame and fortune, but how far will he go, and at what cost?