M. Night Shyamalan is a name that will always intrigue me. Sure, there was a time when he was pretty much the laughingstock of the film world, but the last several years have shown that he still has some good movies left in him. So while I can’t say that I’m always super confident when I hear his name, it always catches my attention. His films always have potential, so when I first heard about his new movie Old, I instantly added it to my to-watch list.

Starring a whole host of actors including Thomasin McKenzie, Alex Wolff, Gael García Bernal, Vicky Krieps, and Eliza Scanlen, this film has a really simple premise. A family goes away on vacation to a really nice resort, and the manager directs them to a secluded beach that holds some sinister secrets. Pretty soon, they and the handful of other people at this beach begin to age at an incredibly rapid pace, and they find that a mysterious force is preventing them from leaving.

That’s a really cool idea, and I have to say, Old pulls it off pretty well up until the inevitable Shyamalan twist ending. I’ll talk more about that ending in a bit, but first, let’s focus on the bulk of the story. The vast majority of this film is just a handful of people trying to escape a time-warping beach, so it stands or falls largely on the strength of its characters and their chemistry together. And thankfully, that element of the film is a real standout.

While you don’t get a ton of backstory for anybody in the movie, you get enough to make them feel like real people. What’s more, the performances are all at least good enough, and I have to give special mention to Thomasin McKenzie, Alex Wolff, and Eliza Scanlen. They all play teenage versions of kids who were much younger when the story began, and they do a great job of making you really believe they have the maturity levels of much younger children. 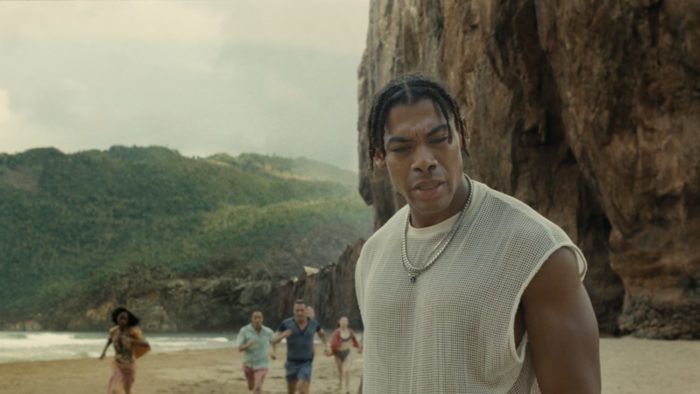 On top of that, these characters all work really well together, so Old easily sucks you into its group dynamic and makes you feel almost like you’re part of the group yourself. My one criticism in this area is that the ensemble doesn’t gel right away. There’s one character, a rapper named Mid-Sized Sedan, who feels entirely out of place for the first ten or fifteen minutes. He’s just really weird and closed off from everybody else, so I had a tough time getting into his character.

However, once the guy opens up and starts acting a bit more normally, everything falls into place. He immediately finds his niche in the group, and the entire ensemble begins to work quite well together as a pretty enjoyable whole. From then on, I began to care about all of the characters, and I really liked seeing them interact with one another, so I had no problem just sitting back and enjoying the ride.

But Old is about more than just great character dynamics. It’s also a horror movie, and it excels in that regard as well. I wouldn’t exactly call this film scary, but it has a bunch of really shocking moments that will definitely please genre fans. Genuinely terrible things happen to these characters, and Shymalan finds some really tense and horrific ways to show them to you.

Overall, I’d say that everything outside of the twist is really good. Initially, I wasn’t sure the movie would be able to sustain its momentum with such a simple premise in a very contained setting, but that actually wasn’t a problem at all. The characters were all delightful to watch, and the shocks kept my eyes glued to the screen the entire time. 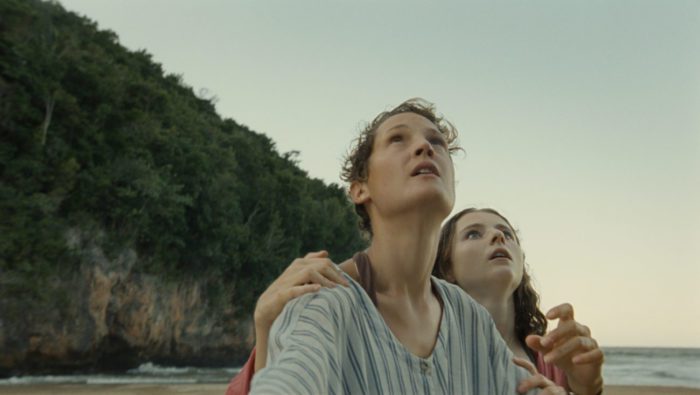 So now let’s talk about the twist we all know is coming. Every M. Night Shyamalan movie has one, and Old is no different. In fact, much like Shyamalan’s last film, Glass, this one has a few big reveals, and one of them even comes well before the story wraps up.

On the whole, I thought these twists were pretty lame. In particular, the explanation for why these people are all aging super rapidly is basically The Happening 2.0. I was hoping for something really cool, but what I got instead was the worst kind of lazy sci-fi nonsense. But that’s not even the big reveal. You find that out with about twenty or thirty minutes left to go, so the real twist is yet to come.

And when it does, it’s a bit better, but not by a ton. The best thing I can say about it is that it’s not like the twist in The Village. It may be lame, but it doesn’t undo all the great stuff Old did up until that point.

So at the end of the day, would I say that I liked M. Night Shyamalan’s Old? Yes, I would. Sure, the twist and the explanation are some of the most important parts of a film, but they’re not the whole thing. They don’t negate everything the movie did right, so I have to acknowledge that I enjoyed Old for the majority of its runtime. It’s not a great film, but the good in it outweighs the bad, so if this sounds like something you’d enjoy, I’d recommend checking it out.

Old is out in theaters right now.