Search
"Squat Burial" by Hamed Saber is licensed under CC BY 2.0

What knowledge can a decomposing human corpse have to offer? I’ve heard of medical examiners finding valuable clues during autopsies that led to solving crimes. Body farms can help forensic specialists and law enforcement further their knowledge of human decomposition; a cadaver yields knowledge beyond the stages of decomposition.

What Is a Body Farm?

A body farm is actually an outdoor lab where forensic scientists and law enforcement can study human cadavers as they decompose in natural outdoor conditions as well as a variety of other scenarios. Body farms are used to expand knowledge of decomposition to place time and location of death. Law enforcement also can enhance their skills for collecting evidence.

According to a 2019 article on FBI.gov, “Unearthing Stories for 20 Years at the ‘Body Farm,’” forensic specialists can strengthen skills to better assist law enforcement in solving crimes. Specifically, forensic anthropologists are trained to look at a crime scene the way an archeologist looks at an excavation site. They look at the surroundings or any items in the immediate area collecting any relevant information. For example, the way an archeologist will look at items located in a burial site to construct a possible picture of ancient customs and way of life. For the forensic anthropologist, a cigarette butt near a body could be evidence and not trash—everything could be a clue as to what happened to the deceased.

According to FBI.gov, forensics students are trained in how to process evidence at an outdoor crime scene. Knowledge of proper handling of evidence is crucial. Mishandling physical evidence could destroy it or render it useless.

At the Anthropology Research Facility, a body farm in Knoxville, Tennessee, students can sharpen their skills in analyzing and collecting evidence among 2.5 acres of donated human bodies. Dawnie Wolfe Steadman, director of the Knoxville facility, told FBI.gov. that, “all of the research that we do out here is to benefit law enforcement and to move forensic science forward in areas such as grave recognition and how best to excavate burials.” Steadman added that a variety of scenarios are created for students to work with. Bodies are left to decompose in various situations.

The Stages of Human Decomposition

For those unfamiliar with human decomposition, let’s take a brief glance at the five stages a body goes through. Kayla Suazo’s 2017 article “A Friendly Guide To Exactly How A Dead Body Decomposes” on Buzzfeed gives a basic description of the stages of human decomposition. Suazo spoke to Daniel Wescott, director of the Forensic Anthropology Center at Texas State University, and Melissa Connor, director of the Forensic Investigation Research Station at Colorado Mesa University.

Rossen points out that the decomposition process is altered by temperature and exposure. He says that “in cooler climates, for example, flies may not be in any hurry to lay eggs, as they prefer to do that in warmer months.”

What Else Can Body Farms Teach?

According to various sources, cadavers on a body farm are left in cars, garbage bins, indoors, outdoors, clothed and unclothed, wrapped in plastic, or even buried in concrete. “These are all things we can test,” Steadman told FBI.gov, “and directly help law enforcement figure out their cases better.”

According to Jillian Pretzel’s 2019 article, “7 Weird Facts About Body Farms,” on okwhatever.org, one body farm began a study on how a lawnmower can affect a human cadaver. A  groundskeeper at Southern Illinois University accidentally ran over two skeletons at the university’s  Complex for Forensic Anthropology Research. Rather than discard the bones, the research team decided to analyze the effect and add it to their research.

Pretzel also points out that cadavers are left exposed outdoors to study animals’ effects on human remains. Corpses also are left to decompose outdoors in cages to protect them from animals.

In a 2019 article on Mental Floss, “8 Fascinating Facts About Body Farms,” writer Jake Rossen points out that researchers document the damage done by specific animals during different stages of decomposition. Rats are attracted to fresher corpses and like to gnaw on greasy bones. Squirrels prefer the dry bones of older corpses. Rossen writes, “…if they see squirrel bites, the body is probably at least a year old.”

Pretzel adds that forensic entomologists, who study bug activity on a corpse, can determine the time of death. Different stages of decomposition attract different organisms. Also, the graphical locations where the body has been can be determined by bug activity.

According to Rossen, there are other types of research and experiments performed at body farms. The FBI has sent agents to the Knoxville farm for the past 20 years. Law enforcement conducts “mock exhumations” to better understand the anatomy of bones, the position of a body in a grave, and how to collect forensic evidence.

Rossen points out that after full decomposition, skeletal remains are still useful for research. Researchers may borrow skeletal remains from a body farm like books from a library. For example, how lifestyle and habits can affect the skeletal structure (i.e.: excessive weight) contributes to more wear and tear on joints.

Rossen writes, “In 2008, anthropology professor and Texas State body farm director, Daniel Wescott, noticed that the remains of a decapitated body had slender thigh bones. Based on samples from the University of Tennessee, Westcott surmised that the bones were smaller than usual because the victim spent time in a wheelchair. The tip allowed the public to assist authorities in identifying the victim.”

As for working conditions for researchers, Pretzel asks the question of the smell. Pretzel writes, “…leading forensic scientist Joan Bytheway, who works at the AFTER body farm in Australia, told 60 Minutes Australia in a 2017 interview, ‘After doing this for nine years,’ she explained casually, ‘and, plus working cases prior to this, no, you just get used to it.’ ”

History of the Body Farm

According to Rossen, pig carcasses were used to study decomposition before body farms. After he found out how maggots could help determine the time of death for fresh corpses, forensic anthropologist, William Bass, decided that expanding knowledge of human decomposition would be beneficial.

During the 1970s, Bass worked for the University of Tennessee when he was confronted with the strange case of Civil War Colonel, William Shy. After Shy’s grave was disturbed, there was a question of whether or not the body found in the grave was Shy’s. His corpse didn’t look a century old. However, it was determined that the corpse was Shy. Besides being very tightly sealed in the coffin, Shy’s embalmer did a remarkable job. Bass opened the first body farm during the late 1970s on a 1.3-acre plot of land donated to the university located outside of Knoxville, Tennessee.

Officially called a forensic anthropology center, Bass didn’t come up with the term “body farm.” Rossen writes that there are two possible origins for the term. Knoxville police may have used it as a slang term in the 1980s. A popular source cited is Patricia Cornwell’s 1994 novel Body Farm about a character conducting experiments similar to Bass.

Outside of the United States, Sydney Australia established a body farm in 2016. After receiving a permit to build the first European forensic research facility in 2017, Amsterdam’s Academic Medical Centre plans to establish a body farm that will only conduct research on buried cadavers.

Where do the bodies come from?

Body farms receive cadavers from donations. You’ve heard of people donating their bodies to science? According to Rossen, medical schools have strict standards and may reject bodies simply because of their size. However, body farms don’t have strict standards. Also, medical schools are limited as far as how they can utilize a donated cadaver. A body farm can use the same set of human remains for months.

Scientific research aside, some people like the idea of skipping a costly funeral and committing themselves directly to the earth. Before donating your remains, know that body farms retain photo rights. Pictures of bodies photographed at the farms can be sold to magazines such as National Geographic. Families may come and view their loved ones’ bones and even learn more about how they died or any valuable research to which their remains contributed.

Who would’ve thought so much could be learned from a human cadaver? Beyond observing decomposition, body farms also allow law enforcement to develop their skills in analyzing crime scenes and evidence collection. Body farms allow those interested to donate their remains to contribute valuable knowledge after death. The types of knowledge gained from body farms could be used for many different purposes from crime scene investigation to medical. Donating your earthly remains to a body farm could help catch a killer or yield valuable knowledge on health and wellness. 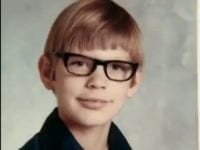