It’s no secret that I wasn’t a big fan of the first film in Netflix’s new Fear Street trilogy. I thought it was a pretty generic teen slasher that had mediocre characters and that underutilized its supernatural elements. I was really looking forward to these movies, so my feelings towards that opening film were a big bummer. Nevertheless, the final scene gave me hope that the rest of the trilogy might be better, so I was still excited to check out Fear Street Part Two: 1978. And now that I’ve finally seen it, I can say that this is definitely a step up from the first movie, but it’s not quite the improvement I was hoping for.

Fear Street Part Two: 1978 picks up right where the first one left off. We see Christine Berman, the person who saw Sarah Fier back in 1978 and lived (although only after dying for a few moments first), going through her odd nightly routine, and then someone starts trying to enter her house. The movie plays it like it might be one of Sarah Fier’s minions trying to kill her again, but it’s pretty obvious that it’s just Deena and Josh, the two kids who made it out unscathed from the first film. They have a possessed Sam tied up in their trunk, and they think Christine is the only person who can help her. At first, she refuses, but after a bunch of pleading, she finally gives in and tells them what happened back in 1978.

In this chapter of the Sarah Fier saga, we’re at a summer camp called Camp Nightwing, and if you’ve ever seen a Friday the 13th movie or any of their countless imitators, this setting will feel very familiar. You meet some of the campers as well as the counselors, and a lot of them fit into the stereotypes we’d expect from a slasher film like this. For example, there are the “bad kids” who seem to be doing drugs and/or having sex every time we see them, there’s the “good girl” who avoids all that stuff, and there are the “mean girls” who pick on the unpopular kid.

On the whole, I found these characters to be about on par with the ones from the first film. Fear Street Part Two: 1978 probably has a few more stereotypical slasher role players, but the major characters have a bit of substance to them, just like the main kids from the first movie. Nevertheless, I still didn’t find them all that interesting. I didn’t get attached to any of them, so I wasn’t invested in the story. I didn’t really care whether they lived or died, so the film had just about no emotional impact on me.

The real improvement here comes on the horror side. I went into this movie wondering whether it would double down on the slasher framework or lean more into the occult elements, and it actually ended up doing a bit of both. Let’s start with the slasher side. The first film shows you the very tail end of the decade’s main killing spree, and then the rest of the story is about some supernatural killers coming for one specific person (and anybody who got in their way) in a kind of Sarah Fier “bonus round.”

In contrast, Fear Street Part Two: 1978 is the exact opposite. While we do get some of that same “bonus” horror at the very end, the vast majority of the movie is about the era’s main string of murders. Because of that, it follows a much more traditional slasher plot, with the killer just walking around and picking off victims one by one.

So once again, if you like slashers, you’re probably going to enjoy this element of the story. The kills aren’t as creative as the first film, but there’s still enough here that fans of the subgenre should definitely get their money’s worth (admittedly, that saying doesn’t work quite as well for a streaming movie, but you get the point). However, if slashers aren’t your thing, then this side of the horror might work even less for you than the first movie did. As I said, it’s much more of a traditional slice-and-dice scenario, so it has even less appeal to non-fans.

But if you’re not a slasher aficionado, don’t bail on Fear Street Part Two: 1978 just yet. While it definitely goes a more traditional slasher route than the first film, it also goes more supernatural as well. See, while the killer is out in the camp slashing up his victims, some of the characters are delving deeper into Sarah Fier’s curse. They’re learning a bit more about the mythology behind the killings, so the supernatural elements are more prominent here than in the first film. And if you’re like me and you prefer witchy supernatural horror to straight-up slashers, you’re going to like this side of the story. 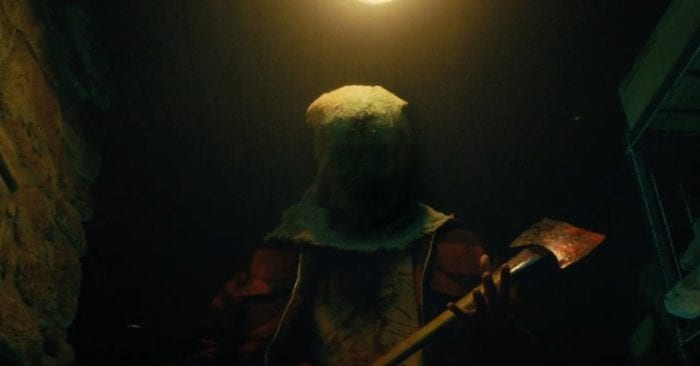 On top of that, the final horror scenes do a really good job of blending the film’s two different kinds of terror. For most of the story, it seems like the slasher part is going on in one area, and the supernatural stuff is going on in another, and while you obviously know they’re connected, it doesn’t really feel that way. You could’ve very easily separated them into two completely different stories without having to change too much of what you actually see on screen.

But then at the end, when you get that “bonus” horror after the main killing spree, the two sides come together very nicely. I felt like the first film just used its supernatural element as an excuse to make the killers impossible to stop, but Fear Street Part Two: 1978 avoids that pitfall. It blends the supernatural and slasher subgenres really well, so this is hands down my favorite part of the trilogy so far.

After that, the movie briefly returns to 1994 and shows how Christine Berman’s story has helped the kids from the first film, and this is really more of a preview for the next chapter than anything else. It looks like the final installment might ditch the slasher model and go much more supernatural/witchy, so I’m hoping it’ll be my favorite of the bunch.

At the end of the day, I have to say that Fear Street Part Two: 1978 is definitely a step up from the first movie, but that’s really not saying a ton. While I enjoyed the horror a lot more, I still had a bunch of problems with the characters. They were just as mediocre as they were in 1994, so I simply couldn’t get into the story as much as I wanted to.

I’d recommend this movie only if you’re a big slasher fan or if you enjoyed the first one, but if you were let down by that first film, you can take this one or leave it. It’s not terrible, so it’s worth checking out if you want to, but you won’t be missing too much if you skip it.