When NBC first released the series, Hannibal, adapted from the Thomas Harris novel, Red Dragon, I was immediately enthralled. Everything from the opening credits to the creative murders was stunning. Not a detail was left to chance, and I was proud of a large mainstream network like NBC for taking the chance on such an edgy and artsy show. Then again, murder sells. Sadly, the series only ran from 2013–2015. However, the relationship between Hannibal Lecter and Will Graham endures as one that is highly discussed by fans (or Fannibals as we are sometimes called) to this day.

For many of us, our first experience with Hannibal Lecter was through the 1991 film, Silence of the Lambs. The Lecter we met in that film, brilliantly played by Sir Anthony Hopkins, was a rough, almost unrefined character—someone who was both genius and mad. He had been caught by the FBI and was incarcerated under high security when his psychological talents were leveraged by Clarice Starling to help catch serial killer, Buffalo Bill. Hannibal had been a man of refined tastes but had been driven more to the carnal side in captivity. 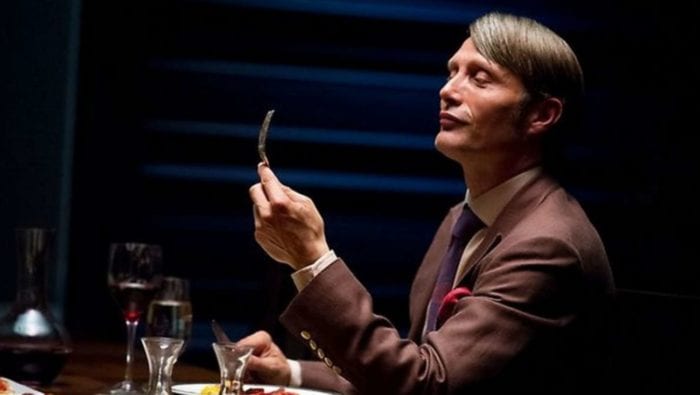 The Lecter we are introduced to in the TV series is a consummate gentleman of refined tastes. Everything about the character, expertly played by Mads Mikkelsen, is high class. He wears the best of suits and eats only the best food (well, the stuff you can buy in the grocery). He lives in a gorgeous home, and even his office where he practices psychiatry is gorgeous and inviting. This Hannibal is at the top of his game. We get the idea that he’s already a cannibal and certainly a murderer; however, that isn’t clearly focused on at the beginning of the series. In the first couple of episodes, we’re shown that he isn’t exactly a straight shooter, but we aren’t shown his deeply sinister side.

Hugh Dancy’s Will Graham is also very different from the Will we meet in Red Dragon. Dancy’s Will is empathetic and attractive yet broken. He has been taken out of the FBI’s field service and is now a professor. He has deep cracks in his personality and is quite fragile when Laurence Fishburne’s Jack Crawford taps him to return to the FBI to profile a new serial killer.

Will begins handling the case alone, but Jack decides to pull in the acclaimed Lecter to consult. When Hannibal and Will first meet in Jack’s office, the tension is palpable. Hannibal begins to psychoanalyze Will who is not happy about it. In fact, Will says, “I don’t like to be psychoanalyzed. You wouldn’t like me when I’m psychoanalyzed.” We get the feeling though that Hannibal can’t help himself as he is already taken with Will. 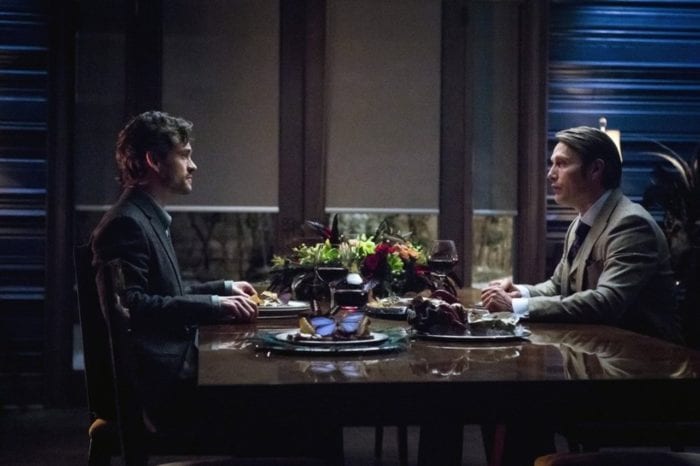 The odd couple begins working together, and the cracks in Hannibal’s veneer begin to show. However, he cannot help but be attracted to Will and his special profiling talents. Throughout the series, we see a push-pull rapport between the two men. They have a delicate relationship—there is a bond of friendship that develops between them, but it goes beyond that into what some speculate is a kind of love. This isn’t necessarily romantic love but the love that grows from mutual respect and adoration…it is something that transcends romantic love.

Hannibal allows Will to know him in a way that few others have had the opportunity to in the past. Will becomes more than Hannibal’s friend, patient, colleague, and adversary; he becomes Hannibal’s true love. Hannibal has very little use for people in general, however, Will has earned his respect, and Hannibal has put him on a pedestal so high that when Will eventually succumbs to his humanity, Hannibal is gutted with the sting of betrayal.

I don’t want to spoil anything for you because if you haven’t already seen the entire series, you need to go back and watch it. I will tell you that the series finale is one of the most gut-wrenching, tear-jerking episodes in any TV series that I have ever seen. It had me sobbing. I’m not sure that the show’s creators intended it to work out the way that it did as the series was canceled way before its time (in my humble opinion), but the ending worked, and the two men were able to be together in a way that both shocked me and broke my heart.

That the two characters had a deep love and admiration for each other cannot be argued, but the question of what drove that love is still outstanding and open for speculation. Series creator Bryan Fuller stated after the finale that a love relationship does not have to be sexual, and I wholeheartedly agree. “A love relationship does not have to be a sexual relationship to be a powerful relationship,” Fuller argued. Instead, the ambiguity surrounding Hannibal and Will’s relationship makes it something deeper than romantic love, something far more important and enduring. There is a veil of desperation surrounding the relationship, a sense of consuming emotion that engulfs the two men is something that I don’t believe either of them completely understands but also cannot deny.

There’s a struggle inside the already neurotic Will as his love for Hannibal overrides his sense of right and wrong and stretches his morality. He wants to be the ever-gallant Will Graham who is always on the side of justice, but the draw of Hannibal’s world is something he cannot fight. Nor does he try too terribly hard. And Hannibal is all too happy to draw Will to him in a dark embrace of corruption.

I cannot say enough about the beauty of the series. I haven’t seen anything quite like it since its cancellation nor do I think we’ll see anything of its caliber in the near future. And while it was the artistry of the cinematography and the enormity of the storylines that kept me coming back, it was the depth of the bond between Will and Hannibal that kept me on the edge of my seat. The draw of these two characters and the chemistry between Dancy and Mikkelsen is one that should not be missed.