Anxiety is a thin stream of fear trickling through the mind. If encouraged, it cuts a channel into which all other thoughts are drained.

Fear and anxiety are inexorably linked, and anyone who has played the Castlevania series of games will be very familiar with the “thin stream of fear” they can give you.

Castlevania has never been like other horror games. It isn’t scary in the same way as Silent Hill or Resident Evil, but they won’t give you sweaty palms and cold feet like Castlevania. This is because the Castlevania games fundamentally use anxiety as a means of inciting fear. You aren’t scared of what you’re seeing on screen, you’re scared of losing and having to go back to the beginning.

Castlevania games are somewhere between difficult and downright devilish in terms of challenge. It takes a lot of concentration, focus, and luck to make progress, and the thought of losing it is legitimately panic-inducing.

Having played and beaten nearly every Castlevania game in existence, I have spent countless hours bouncing my knees, shaking my hands, standing, sitting, grinding my teeth, tensing my muscles, and making inarticulate “aaaaaagh” sounds involuntarily. They terrify me because I know I’m going to have my nerve stretched to the limit.

So if you’re a glutton for punishment like me, here are the most anxiety and fear-inducing Castlevania games.

6. Castlevania: Symphony of the Night—Playstation, 1997 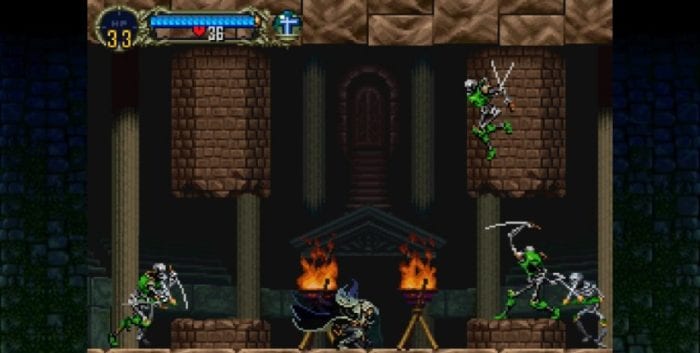 Despite the fact that Castlevania: Symphony of the Night may objectively be the best of the series, it isn’t the scariest. That’s not to say that it isn’t scary at all, but the difficulty of this game is simply different from the others. Symphony of the Night has a much slower pace than the other games due to the heavy influence it draws from the Metroid series.

Because the game moves slower and has recurring areas of play, it means you have the chance to take your time and develop strategies. Still, the game is absolutely fantastic, and while the transitional levels won’t have you biting your nails, the boss fights definitely will. Your special items and upgrades will be no substitute for legitimate skill in the end. 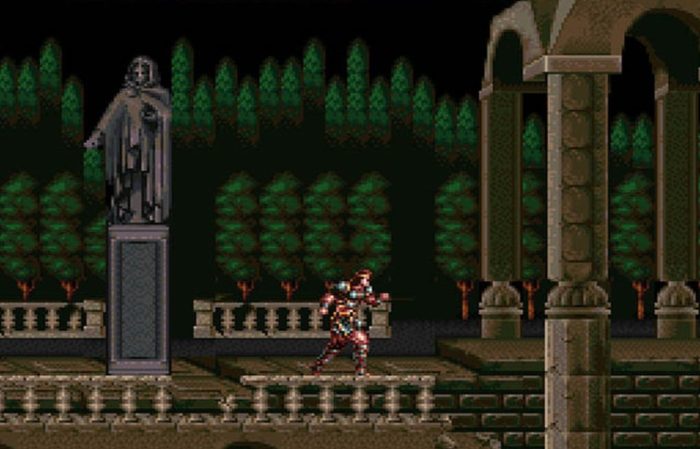 The thing that Super Castlevania IV will nail you on is enemy movement patterns. The infamous Castlevania medusa heads are here in abundance and renewed fury. So many enemies in this game have wavy and irregular walk cycles or throw projectiles that move in strange directions, too.

Almost nothing in this game moves in a straight line beside you, meaning that you’re constantly shoving yourself to the far left of the screen to have as much time to react or to the far right edge to try and avoid them before they appear. Both strategies are risky and hair raising.

Super Castlevania IV also introduced a mechanic which gives people like me, who don’t like heights, some serious jitters. There are tons of sections of the game that require grappling onto moving platforms and swinging from point to point Tarzan style. Add in platforms that disappear, spin, and the first real-time limits of the series and you have a recipe for high-level nervousness. 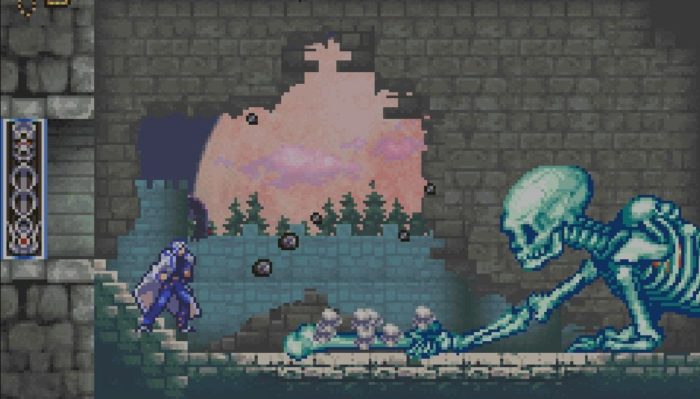 This is a strange entry into the Castlevania series, but a very good one. It’s the only GameBoy title to make the list.

This game actually has the most disturbing visual style and probably comes the closest outside of the more recent Lords of Shadow Castlevania games at being scary for what’s on screen. The bosses in this game are absolutely horrific and that’s what really sets this one apart. Bosses are tough as nails in Castlevania: Aria of Sorrow and they’ll have you fidgeting in the best and worst possible ways.

Each boss is legitimately chilling or disturbing, with some being terrifying on sheer size alone. Whenever they pop onto the screen you feel so hopeless and think “how the flip am I supposed to take that down?” Then you get to die 14 times before even figuring out what it is you’re supposed to do. They have big health bars too, and you’ll probably end up pausing the game involuntarily every 5 seconds of a boss fight to catch your breath. 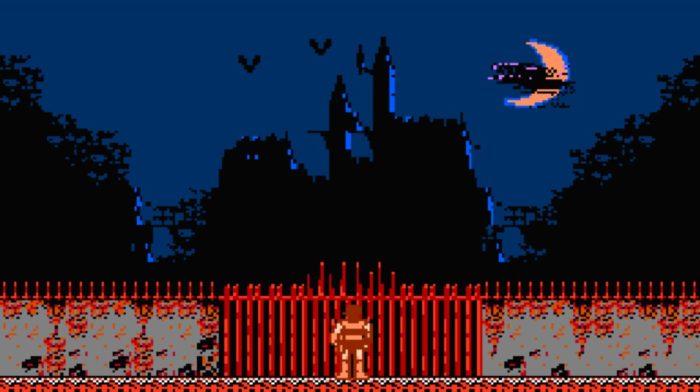 The original Castlevania. Absolutely revolutionizing the way platforming was done and literally raising the game in terms of difficulty. While the early levels will prove nothing of a challenge to even children, the later stages will still put up a serious fight. If you aren’t committed, the game will knock you on your butt and give you chills while it does.

Something that was unintentional when it was made, but nevertheless a factor, was the controls. They’re so simple that in many cases they actually add to the difficulty. Half the time you see the threat coming and have no real way to avoid it. It’s like watching the anvil fall from the sky and knowing you can move two inches left or right. Neither one will save you. What you end up doing is running around the stage like a chicken with its head cut off to try and preemptively avoid things that might or might not even exist. Constant paranoia, constant anxiety, and constant fear. 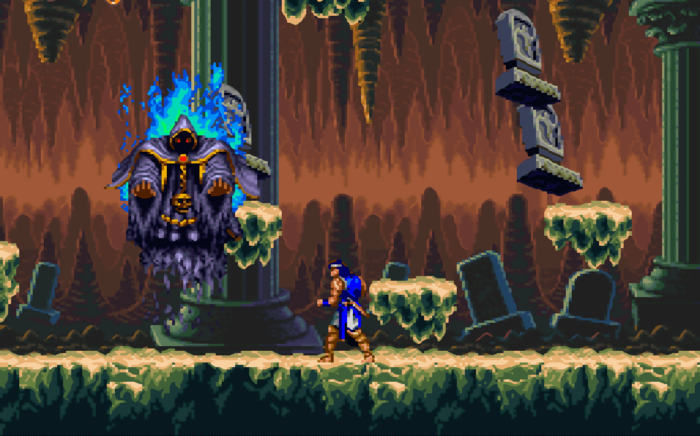 This is the only game you see on “best of” lists that can rival Castlevania: Symphony of the Night. Called Rondo of Blood in Japan and Dracula X in the states, it is a spectacularly good game. The graphics are gorgeous, the soundtrack is killer, and has platforming that will make your toes curl.

This game has all sorts of devious tricks to make your anxiety levels spike. Besides some absolutely ridiculous platform jumping, the before mentioned timer is cut a lot shorter this time around, giving you about 25% less time to make it through the level. It also has moving screens, and they’re the real nightmare. You need to move way faster than previous games or get auto-killed by the edge of the screen for getting left behind. Everything about Rondo of Blood/Dracula X is designed to give you an under-the-gun sort of feeling and it works way too well. 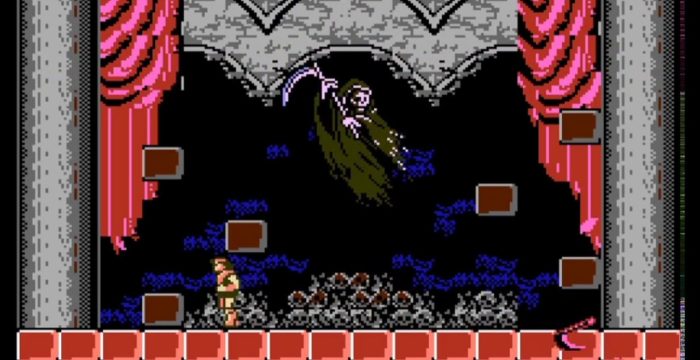 If it’s possible to get a mild case of PTSD from a video game, this will absolutely do it for you. Even looking at the image I chose for this game gives me flashbacks. The above boss fight took me fathomless hours and I wanted to tear out my hair just 30 minutes in. It’s the frustration of something like Dark Souls on steroids. The fear of losing here is at the utmost pinnacle. Juggling razor blades would probably feel about the same.

Castlevania III: Dracula’s Curse has every previous element of the games we’ve covered in spades. Fall-to-your-death platforming, moving screens, timers, wavy pattern enemies, projectiles everywhere, oversimplified controls, and boss fights that will break your brain for how difficult they are. This game has made me howl like a banshee hundreds of times and going back to the beginning of the piece, it “cuts a channel into which all other thoughts are drained”.

Dracula’s Curse requires nerves of steel, lightning reflexes, and ironclad patience. If your resolve to beat the game isn’t completely dauntless, you’ll never make it. But if you do…if you can handle your heart dropping into your stomach over and over again…if you can channel the rage and despair into the irresistible will to win…the feeling of victory for beating Castlevania III is unparalleled.