Bride of Frankenstein. Dawn of the Dead. Aliens. Those are three very different movies, but they all have one thing in common. They’re some of the best horror sequels ever made. And today, we can add another title to the pantheon of great horror sequels: A Quiet Place Part II. Directed by John Krasinski and starring Emily Blunt, Cillian Murphy, Millicent Simmonds, and Noah Jupe, this follow-up to the 2018 genre hit came out in theaters on May 28, and it’s just as good as the first one.

After a prologue that gives us a glimpse into how the monster apocalypse got started, the real story of this film picks up right where the first one ended. Lee Abbott is dead, and his wife and kids have to pick up the pieces of their shattered life. They gather a few essentials and head away from the friendly confines of their now-former home, and when they find another human survivor, they have to try their best to continue on without their beloved father and husband.

The first film was a great combination of heart, horror, and fantastic directing. A Quiet Place Part II delivers that same high-quality trio but makes just enough changes to keep the formula fresh. For example, one of the best things about the original was the theme of love, family, and fatherhood. That first movie was all about how much the Abbott family loved one another, and it particularly emphasized Lee’s love for his wife and kids. 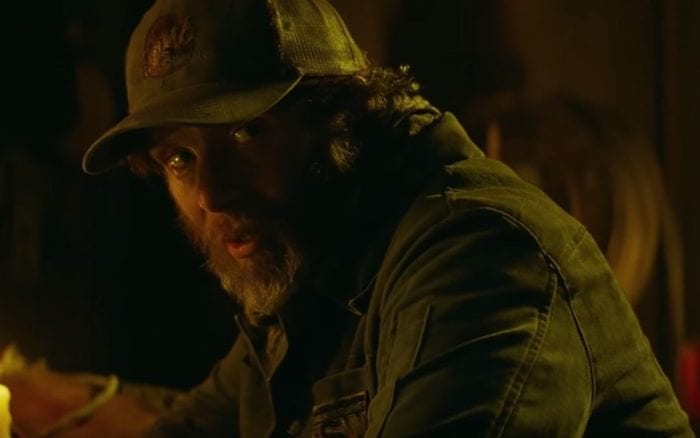 In this film, the love between the surviving family members is just as tangible, but since Lee is gone, it has to put the focus on someone else. Without giving away too much, I’ll just say that while all the main characters get their time to shine in this one, the emphasis is primarily on the two oldest children, Marcus and Regan. In many ways, this is really their story, and by the end of it, you’ll come to love them even more than you did before.

In large part, the success of these characters is due to the great performances of Millicent Simmonds (Regan) and Noah Jupe (Marcus). The acting in this film is fantastic all around, but these two are the standouts. As the focal points of the plot, they get the most to do here, and they take full advantage of the opportunity. If you thought they were good in the original movie, wait till you see them in the sequel. They’re even better here, and I can’t wait to see what these two young actors do in the future.

Moving on to the horror, A Quiet Place Part II really ups the ante in this regard. The first film took a somewhat Jaws-esque approach, not showing you too much of the monsters until the third act, but this movie throws that out the window. You see the creatures in all their glory multiple times throughout the movie, and all of those scenes are fantastic.

The action is great, and while the film isn’t exactly scary, you really feel the tension whenever the characters come face to face with the monsters. Krasinski does an excellent job of making you believe they’re truly in danger, so the fear you feel for them more than makes up for the lack of fear you feel for yourself.

And speaking of Krasinski, his direction of A Quiet Place Part II is just as good as it was in the first movie. In particular, there were two things he did really well in the original that carry over flawlessly into the sequel. First, this is a beautifully shot film. In particular, when it slows down and focuses on the characters doing normal human things, he creates a beautiful atmosphere that you don’t often get in mainstream horror movies.

On top of that, Krasinski also does tension really well. I already mentioned the tension when the monsters are on screen, but he arguably does it even better when they’re not. Whenever the characters are just navigating their world and trying not to attract the attention of the monsters, you hold your breath, hoping they don’t accidentally hit something and make a loud noise. You know something could go wrong at any moment, so even mundane tasks become high-risk tightrope acts in this movie. Just like in the first one, John Krasinski perfectly captures the danger and the anxiety of those situations, and he does it so well that the effect never loses its power.

All that being said, I did have one problem with this movie: A Quiet Place Part II ends really abruptly. I felt like the story wasn’t over yet, so I was surprised when the credits suddenly began to roll. It works from a thematic point of view, as Regan and Marcus complete their character arcs in the very last scene, but from a narrative perspective, the ending feels more like an episode of a TV show than a movie. I found that annoying and a bit anticlimactic, but if it means Krasinski already has ideas for another sequel, it’ll probably be worth it.

All things considered, if you liked A Quiet Place, you’re almost certainly going to like A Quiet Place Part II, as well. The only exception might be if you liked the first one in spite of the horror. In that case, the horror in this one might be a bit too much for you, but other than that, I have a tough time imagining too many fans of the original being disappointed by the sequel. It has great characters that you’ll come to love even more this time around; it has uplifting themes that we don’t see often enough in the genre today, and it has some riveting horror and action scenes. In a nutshell, this film does exactly what a sequel should do. It retains the spirit of the first movie but mixes things around just enough that it’s not a carbon copy. So if you were a fan of the original, you do not want to miss A Quiet Place Part II.