Search
A screenshot of Mount Massive Asylum from Outlast.

Outlast is a first-person survival horror game—one of my favorite types of games. It was originally released on September 4, 2013, for Microsoft Windows. A few months later in February 2014, it premiered on the PS4 and then the Xbox One got it in June of the same year.

The basis of the story is Miles Upshur is a freelance investigative journalist. He’s given a lead from a man named Waylon Park and decides to investigate a pretty remote psychiatric hospital. The hospital is called Mount Massive Asylum and it’s located in Lake County, a mountain area of Colorado. The asylum is run by an unethical corporation named Murkoff Corporation. Waylon Park is also part of the DLC, Outlast: Whistleblower, which shows how he led Miles to the story.

The Story Inside of Outlast

Miles receives an email that states that cruel experiments were being conducted on the patients at Mount Massive Asylum. Once Miles gets inside the hospital, he finds that the hospital is ransacked. The staff has been murdered and mutilated—their bodies all around. One of the private military unit officers tells Miles that the patients have escaped and are roaming freely around the ground. He called these patients “Variants.” He also tells Miles to escape by unlocking the main doors at the security controls.

Not too long after, Miles is ambushed by a patient named Chris Walker who knocks him out. During this, Miles meets Father Martin Archimbaud, who is a priest with schizophrenia and a self-appointed priest. He cuts the power off to the front doors and says Miles is his disciple. Father Martin shows him some footage of a ghost-type entity called “The Walrider” who killed many patients and staff members.

After Miles wakes up from being drugged, he is in a cell that is falling apart with many other patients that are insane and some of them demented. Chris Walker stalks throughout a good chunk of the game as so do these pair of cannibal twins.

Eventually, poor Miles is taken by Richard Trager who was a former Murkoff executive who has gone insane. Richard takes two of Mile’s fingers with bone shears. He was about to do the same to his private area and tongue, but thankfully, Miles escapes. 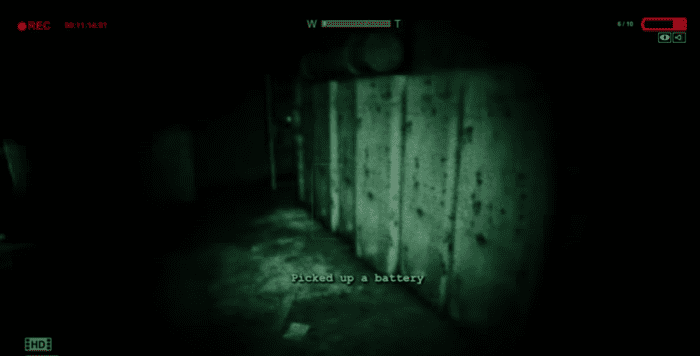 While a lot of the patients of the game are pretty one-dimensional to me, the characters such as Billy and Richard Trager had some pretty good designs to them. Outlast is a pretty solid-looking horror game with good lighting that puts you in the creepiness of the hospital as well as keeps you to the edge of your seat. The blood splatters and patients looking deformed and mutilated add to it.

The fact that you have to keep on your guard and run because you have no idea what is coming next is a positive. It is a thrill as much as it is terrifying. The only thing that you have to save you is the camera with night vision. No gun and no knife. You have no means to protect yourself. It makes the scenes and dark halls tenser as you also have to keep finding batteries to keep your camera from dying.

This game forces you not only to use stealth but also learn how to conserve battery for seeing and recording important information needed throughout the game.

I really didn’t care for the fact that Miles wasn’t able to use a weapon. I felt there were weapons that could be made at some points when it came to defending himself.

While I understand Miles only having at his disposal a camera to record what was happening, it just made me feel like if you were truly fighting for your life, then a weapon should’ve been an option at some point.

Unfortunately, I also truly disliked the ending as it made me sad that after all Miles went through in there, it ended in a bad way for him. I would’ve liked it better if maybe he escaped or brought the horrors with him in the end.

However, the fact that this was a very unique take on a survival-horror game. And while most games will give you a way to defend yourself, this one does not making it all the more unsettling and creepy.

As a woman who loves to play games with scary factors, Outlast became one of my favorite video games of all time. While I did play this game years ago, it holds up even after all this time. 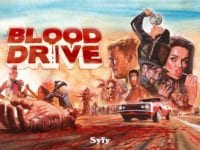