Episode 6 of The Last Drive-In on Shudder has come and gone (and is now available to stream on-demand), and this is the episode of The Last Drive-In I wouldn’t miss for the world! This is not to say that any of the prior episodes, or seasons for that matter, haven’t quenched the horror thirst I craved, but this was the episode that spoke to me in ways that other episodes had not. The episode contained two of my favorite horror films of all time, plus the director of both AND the star, who’s a first-ballot Hall of Famer in horror film history.

To open up, as he does every episode, Joe Bob sits outside the cabin that has been the fixture of this season and whittled away on a stick. Each week, Joe Bob sits there and dispels nuggets of wisdom before the opening credits roll. I usually choose not to talk about this, as they are minuscule moments amongst the greatness that is The Last Drive-In. In this week’s opening, though, Joe Bob summed up Episode 6 in the best way possible. Pulling himself away from the joys of whittling, Joe Bob addressed us and talked about how Americans like to boogie, which he felt was a good thing. And that spoke to me—especially with this week’s double feature. 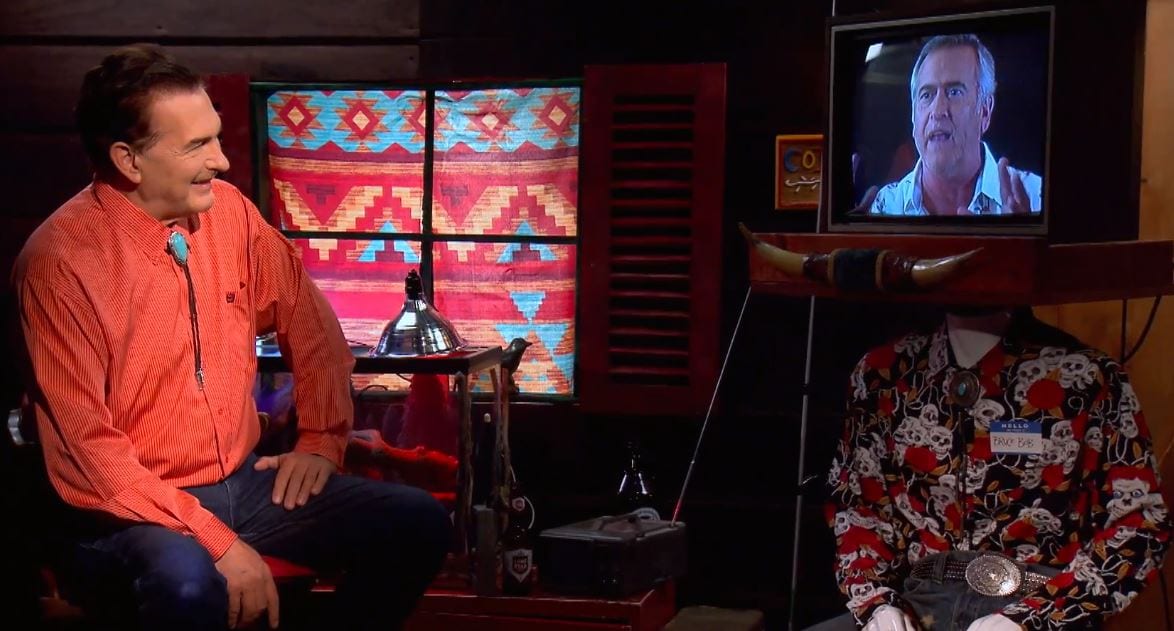 And boogie, I did! What films could make me giddy and want to boogie? The supremely underrated Maniac Cop and Maniac Cop 2. That’s right, the movies that I list on my Horror Obsessive author profile are finally getting the love they deserve from Joe Bob on The Last Drive-In.

For the first film, Joe Bob welcomed the man himself, Bruce Campbell, via satellite to offer his insights on this William Lustig and Larry Cohen classic. As would be expected, Bruce Campbell came off very engaging, open, and honest about his life and experiences shooting Maniac Cop and its even better sequel. Joe Bob has always been one to conduct interviews that are more than puff pieces, and his time with Bruce Campbell was no exception. It was a blast watching two horror icons get together and shoot the breeze for a couple of hours.

What about the film itself? What else needs to be said? Maniac Cop is underrated and undervalued in the pantheons of horror. Yes, it doesn’t fit the mold of a typical slasher, but that is why the movie works so well. Mixing Larry Cohen’s ideas and dialogue with the grimy shooting style of William Lustig makes Maniac Cop a unique and highly entertaining film within the slasher and exploitation subgenres. If you have yet to venture into this trilogy, I cannot recommend the first film highly enough. 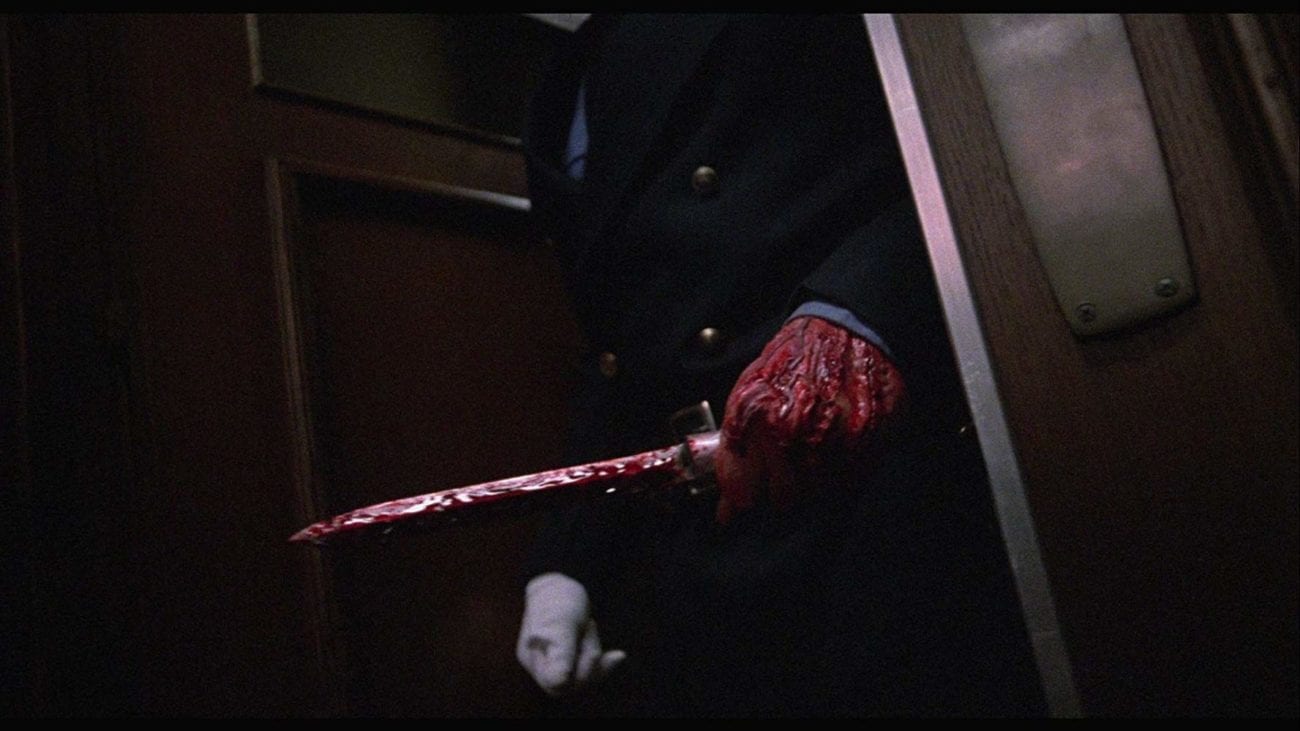 If slashers and exploitation are not your cups of tea, then the film is also worth seeing just for how many drive-in maestros fit into one movie. Along with director William Lustig, writer Larry Cohen, and star Bruce Campbell, the cast includes Richard Roundtree, William Smith, Laurene Landon, and Tom freaking Atkins! Not to mention the great character actor Robert Z’Dar as Matt Cordell, the titular villain; Maniac Cop has everything you could want from a horror classic.

How could a movie as awesome and epic as this get any better?

Even though I love Maniac Cop, I value its sequel, aptly titled Maniac Cop 2, even more. Instead of following a different tangent with new characters and an alternate setting, returning writer, Larry Cohen picks up in the aftermath of the original film. We follow returning characters played by Bruce Campbell and Laurene Landon as they deal with the traumatic events perpetrated by Matt Cordell, played again by Robert Z’Dar. Joining our returning heroes are Lieutenant Sean McKinney, played by Robert Davi, and Officer Susan Riley, played by Claudia Christian—each working under Deputy Commissioner Ed Doyle, portrayed by Michael Lerner. 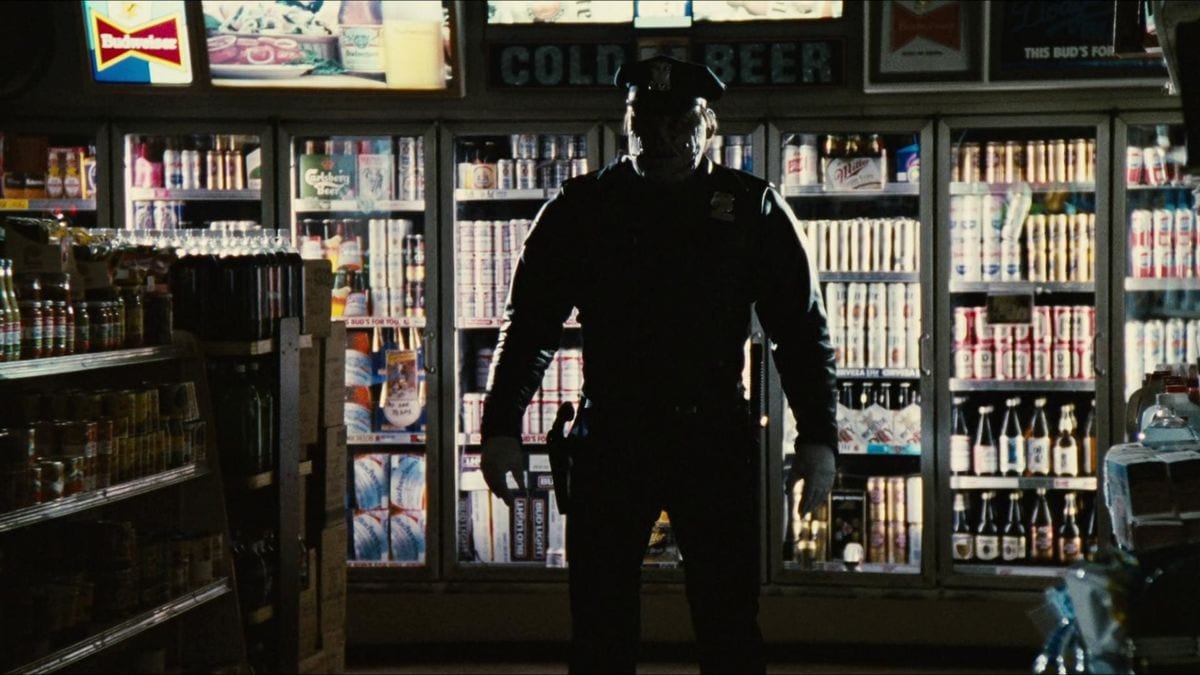 What I love about this sequel is that Cohen and returning director William Lustig take all the elements that worked in the first film and discard the rest. They then expand on the positive ideas to create a one-of-a-kind slasher/exploitation/action/thriller film unlike any other. Filled with Lustig’s luscious and grimy city look, there are plenty of dead bodies, great acting, surprising kills, and excellent fire stunts. Maniac Cop 2 is bigger, badder, and better than the preceding film—and that is not an easy task.

So they showed the first two films of one of my favorite horror franchises, including an interview with Bruce Campbell; how could it get any better? Let’s add an interview with Joe Bob and William Lustig throughout Maniac Cop 2. Good lord, it’s like Joe Bob, Darcy, and the entire Last Drive-In team knew what I wanted, with Joe Bob in his best Picard impression by saying, “Make it so.” William Lustig and Joe Bob share camaraderie over film, and it is a joy to listen to both men wax nostalgic about film information I never knew existed.

It is nights like these that demonstrate why The Last Drive-In is more than just a typical show. Sure, it’s fun to have stars show up to talk specifically about the film they were in, but this week emphasized what The Last Drive-In is about for fans of film and cinema. With Bruce Campbell being a seasoned veteran for low and mid-budget films, plus the addition of William Lustig—a human film encyclopedia—this was a week that tailored to film geeks out there. 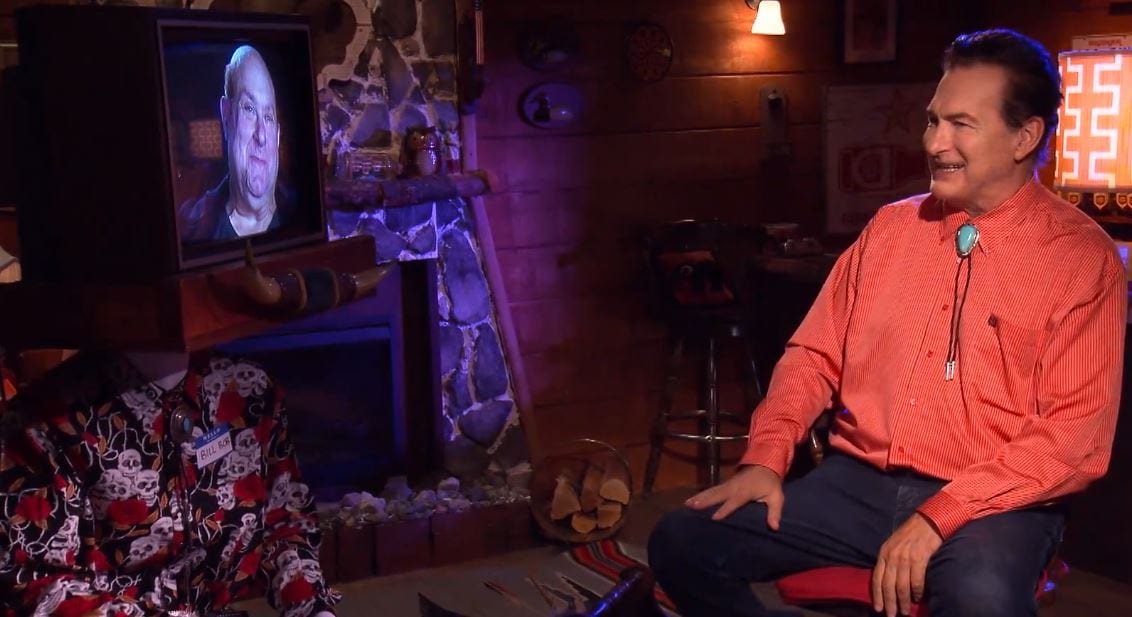 Now that the dust has settled and Episode 6 has left us behind, I sit here as I’m writing this article, and I keep going back to my opening sentence about not missing this episode for the world. I had been hoping that Maniac Cop and Maniac Cop 2 would make up an episode of The Last Drive-In at some point. Usually, when you want something and get it, the result did not live up to what you expected. There is no question in my mind that this episode fulfilled my hopes and wishes, and then some! Not content with showing two films from one of my favorite horror franchises, but including the likes of Bruce Campbell and William Lustig? If I could speak to Joe Bob about this week’s episode, all that would need to be said is: well done, sir. Well done.