When most people think about Zack Snyder these days, the first movies that come to mind are probably his comic book films like Batman v Superman and Justice League, and understandably so. He hasn’t directed anything else since 2011, so it can easily seem like he’s always been in the superhero business. But that’s not actually the case. His directorial debut was the 2004 remake of Dawn of the Dead, and now, almost two decades later, Snyder has made his triumphant return to the genre that got him started. After playing in a very limited number of theaters for a week, his new zombie movie Army of the Dead hit Netflix on May 21, and it’s one of the best horror films of the year so far.

Starring a whole host of people including Dave Bautista, Ella Purnell, Omari Hardwick, and Ana de la Reguera, Army of the Dead takes a unique approach to the zombie subgenre. In this world, humanity was able to contain its zombie outbreak and keep it from growing to apocalyptic proportions. They holed up the zombies in Las Vegas, and the US government blocked the city off from the rest of the world.

However, there are still people who sneak in for various reasons, and the film is about a motley group that does just that in an attempt to retrieve $200 million for a casino owner. He wants his lost money, and he says he’ll share it with them if they bring it back to him. He claims that the heist should go off without a hitch, but when the team arrives, they find that the zombies there are much faster, much smarter, and much more organized than they could’ve imagined. 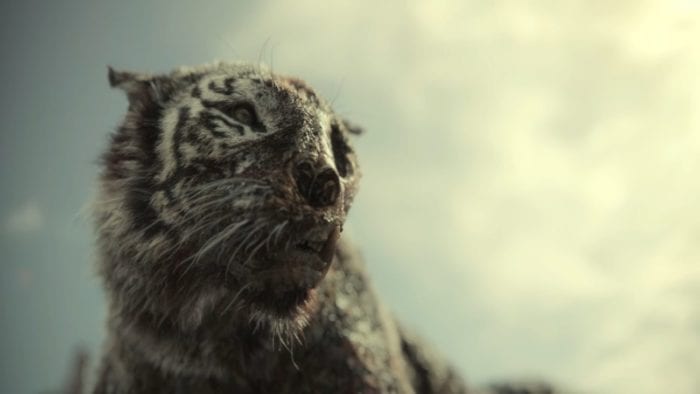 That’s a very unique premise in the zombie world, and I’m happy to report that Army of the Dead pulls it off. To begin, the human characters are a real treat to watch, and they carry the movie for about the first hour or so. After a cold opening and some cool opening credits, the entire first act is about building the team. It introduces you to the main players and their mission, and in a lesser film, this could’ve killed my interest before the story really got going.

But not in this one. I had no problem waiting almost an hour to get to the “good stuff,” and it was all because of how much I liked these characters. Even though they’re admittedly not super deep or complex, they’re really fun to watch. They’re a ragtag team of tough guys and badasses with a few outliers just to keep it interesting, and the mix works really well. They’re a lot like the teams from Aliens and Predator, so if you enjoyed those characters, you’ll probably enjoy these too. Almost every one of them is instantly likable, so you never feel like you have to slog through the slower character moments to get to the undead action.

And speaking of the undead, the zombies in Army of the Dead are really good, too. Not only does the movie have all the gore and human vs zombie fights you could want, but the zombies themselves are much more interesting than they’ve ever been. I usually say that zombies are pretty one-note monsters and that zombie films need to rely on their humans to succeed, but that’s not entirely true here. Sure, the human characters are still essential, but these creatures are way more than just a homogenous horde of mindless flesh-eaters. 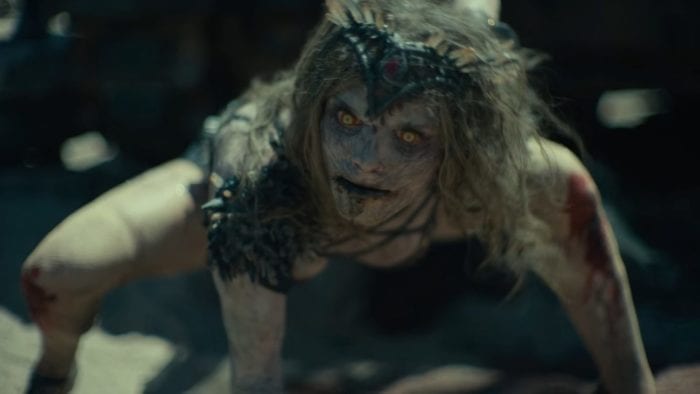 I don’t want to give away any of the movie’s secrets, so I’ll keep my comments here pretty vague. The film features multiple different kinds of zombies, and they form a sort of society. It has fast zombies, it has slow zombies, and it also has smart zombies the likes of which we’ve never seen before. Sure, intelligent zombies aren’t new, but I’ve never seen them done quite like this. If you enjoy fresh, creative takes on old monsters, you’re going to love the new wrinkles Snyder adds to our traditional zombie mythology.

All that being said, Army of the Dead isn’t perfect. Most noticeably, while the characters are enjoyable, and the zombies are great, the story is pretty thin. The plot is little more than just the basic premise, so if you’re looking for hefty narrative substance, you’re watching the wrong film. It does try to throw some twists and turns at you to keep you on your toes, but they don’t really work. They’re all pretty clichéd, so you can see them coming a mile away.

On top of that, the movie also tries to include some touching and heartwarming character moments, but they fall pretty flat, as well. In particular, there are a few that involve Dave Bautista’s character, and he really struggles with those scenes. While he’s great as the tough-guy action hero, he’s almost equally bad at delivering lines that are supposed to be heartfelt.

But at the end of the day, those flaws pale in comparison to the things this movie gets right. Army of the Dead is an absolute blast to watch from beginning to end, so as long as you understand that it’s all about having fun with the characters and the zombies, the film’s missteps will feel like little more than minor bumps in the road. This just might be the most fun you’ll have with a movie all year, so if it sounds like the kind of horror movie you’d enjoy, then you’re definitely going to want to put it on your to-watch list.

Looking for more on Army of the Dead? We’ve got you: