Ghost movies are a dime a dozen. It seems like every time you turn around, there’s a new movie coming out about a vengeful spirit that wants to cause mayhem and destruction, and after a while, they all seem to blend together into an indistinguishable cinematic blob. It can be tough to know which to check out and which to skip, so for a new ghost film to catch my eye, it often has to have a compelling hook that sets it apart from the spectral pack. And that’s why I was instantly intrigued when I saw the trailer for Separation.

Directed by William Brent Bell, this film follows the Vahns, a nuclear family whose tragedy turns into a supernatural nightmare. When the movie begins, Jeff and Maggie Vahn have a contentious relationship, and in the very first scene, Maggie signals that she wants a divorce. This leaves their daughter Jenny caught in the middle as her parents engage in a bitter custody battle, but their fight is cut short when Maggie is run over by a car and killed.

However, Jeff isn’t entirely out of the woods yet. Maggie’s father Paul believes he’s a bad parent, so he takes up his daughter’s cause and threatens to pursue legal custody of Jenny himself. At the same time, the Vahn house becomes haunted by a nasty supernatural force, and this force possesses a bunch of creepy dolls called the Grisly Kin and manifests itself as life-sized versions of them.

These dolls were the first thing about Separation that caught my eye. They look like sinister rejects from The Nightmare Before Christmas, and the life-sized versions are the stuff of nightmares. I was really excited to see this intriguing twist on the haunted house subgenre, and I steeled myself against the bad dreams I thought the film might induce.

But unfortunately, I suspect I’ll be sleeping very soundly tonight. While Separation has some really good ideas scattered throughout, the narrative never comes together in a satisfying way, and the horror elements are largely disappointing. Let’s start with the story. The biggest problem here is that you don’t feel the tragedy of Maggie’s death. While the movie sometimes tells you the characters are grieving, it’s not very convincing. They never really act like a family in mourning, so you don’t feel their pain. The film struggles to ground its story in genuine emotion, so the plot often feels like an excuse to show off some monsters rather than a worthwhile story in its own right.

On top of that, the film also sets up a mystery about its haunting, and while this mystery has some interesting elements, it’s not without its flaws either. Jenny claims that the spirit in the house is her mother, and at first you suspect that Maggie just wants to be with her daughter and get back at her husband. However, there are multiple details scattered throughout the film that suggest something a bit more insidious, and the last half hour or so takes you through a number of twists and turns as it slowly reveals the truth.

Some of those twists are pretty interesting, and there were even a few parts in the last half hour that I really liked, but others are pretty yawn-inducing. On the whole, I found my interest going up and down as I learned more about what was really going on, and by the end of it, I felt like I had seen a fusion of an intriguing story with a mediocre one.

Moving on to the characters, they’re better than the plot, but they’re also a pretty mixed bag. On the one hand, we have the Vahns. They’re just like a million other dysfunctional couples we’ve seen before, and there’s not much about them that really stands out. Maggie often feels more like a plot point than a real character, and the most interesting thing about Jeff is that he’s kind of a manchild.

On the other end of the spectrum, we have characters like Jenny, who’s played wonderfully by The Haunting of Hill House alum Violet McGraw. She absolutely kills it as the creepy kid who talks to ghosts, so I suspect Separation won’t be the last time we see her in a horror movie. Similarly, Maggie’s father Paul is a pretty stereotypical angry old man, but genre vet Brian Cox manages to elevate the role and turn his character into another enjoyable onscreen presence.

Outside the family, there’s a side character named Alan at the comic book company where Jeff works, and he’s pretty interesting, too. Actor Simon Quarterman gives him a mysterious vibe that’s equal parts weird and fascinating, and I enjoyed seeing him whenever he was on screen. However, I didn’t like how the movie used him. Just about every time he appears, he talks about ghosts and the supernatural in a way that mirrors the events of the movie almost perfectly, and that gets old pretty quickly. While I can appreciate intelligently crafted parallels between two parts of a story, this felt a bit too on the nose, almost like the filmmakers didn’t trust the audience to understand what was going on.

When we turn to the horror elements, we find a bit of a mix once again, but this time the bad far outweighs the good. On the one hand, the Grisly Kin look great, and the life-sized versions are pretty cool too. There’s one in particular that looks like a creepier version of Art the Clown, and I’d totally be down for a spinoff just about him.

But much like the character of Alan, Separation completely misuses these monsters too. The dolls themselves play such a small role that they might as well have not even been there, and the life-sized versions are basically just creepy faces for otherwise generic spirits. Outside of one or two scenes, the ghosts in this movie aren’t scary, and they don’t do anything creative or memorable. Sure, they look cool, but that’s all they have going for them.

So at the end of the day, I’m sad to say that I wouldn’t recommend Separation. While it definitely has its bright spots, those bright spots are ultimately outweighed by the film’s many flaws. In particular, I was really let down by the bland scares and the misuse of the Grisly Kin. They were the whole reason I wanted to see this movie, so I was super bummed that they were so severely shortchanged. I still want to see a film that’s actually about these dolls come to life, but unfortunately, this isn’t it.

Separation comes out in theaters on April 30. 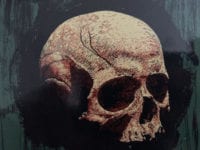