I did it again. I sat down and watched a movie that I knew nothing about because I was supposed to be cleaning my apartment but wanted to procrastinate. So, I flipped on Amazon Prime and looked through the new offerings, and that’s when I saw it—Spontaneous. The title grabbed me even though I knew nothing about it and had, in fact, never heard of it, which I guess isn’t all that uncommon right now since movie theaters seem to be a thing of the past, and we aren’t pushed new content in the same ways. But I saw that Katherine Langford was in a starring role, and I really enjoyed her as Hannah Baker in Thirteen Reasons Why, so I decided to give it a shot.

The plot is a little weird, but that’s nothing new for horror fans. I would call it a coming-of-age teen heartbreak horror dramedy. That’s a lot but stick with me.

Mara (Katherine Langford) and Dylan (Charlie Plummer) meet at a really strange time in their lives. It’s their senior year of high school, and some things are going down. Like students are spontaneously combusting out of nowhere. Dylan decides that he’s going to throw caution to the wind because who knows how much time they have left, and he sends Mara a text letting her know that he has a crush on her. Thus begins the coming-of-age love story part of our tale. 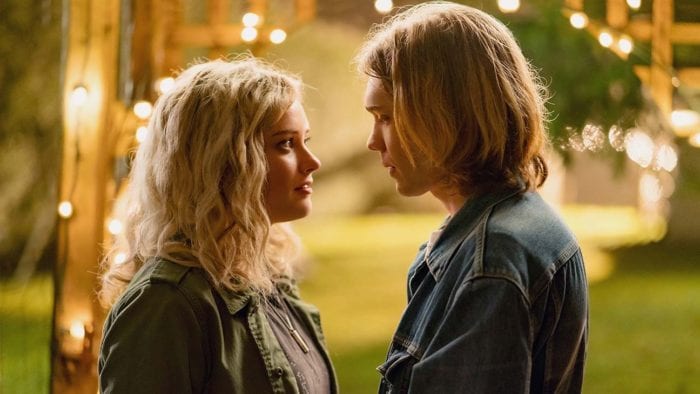 The two begin dating, and it is an adorable little story of first love, but the thing is, students are still blowing up all around them and no one seems to know why. The FBI and other government suits are called into the town to round up what is left of the Covington High senior class and quarantine them like lab rats so they can study them and try to find a cure…or at least find out why they are exploding. 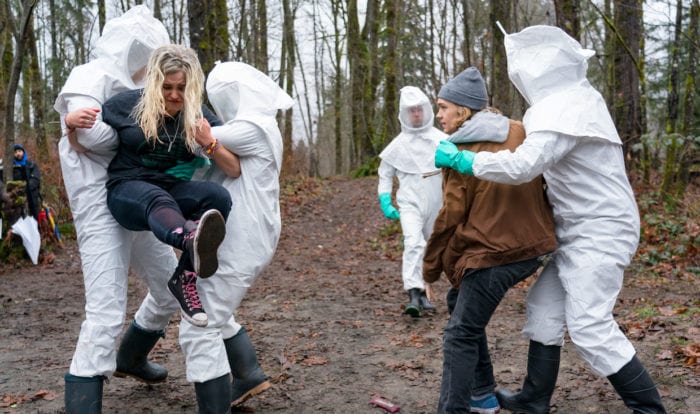 For a movie that was released in 2020, this is all too applicable. It really brought to mind the whole COVID-19 pandemic and how people were quarantined and studied and still, I don’t think we have any clear answers as to why or how the sickness happened. The students are poked and prodded, some additional explosions happen, and then one day out of nowhere, there’s a pill that seems to stop the madness. At least for a little while.

So, Mara and Dylan continue down the rabbit hole of young love with a backdrop of impending doom (then again, isn’t all young love shrouded with impending doom?). Then one day, it is deemed safe for the class to return to school.

Everyone is back in the halls and there are some “hey, we’re going to get through this” moments, and then it begins happening again. Students are exploding at an alarming rate. Dylan and Mara are running with the other students through the halls, and they are separated. (Caution: spoiler!) Once they find each other, they are so overjoyed that they stand there just staring at each other. Dylan says something to the effect that he’s glad Mara didn’t explode, and just as he gets the words out of his mouth, he explodes and a piece of his jawbone hits her in the forehead. 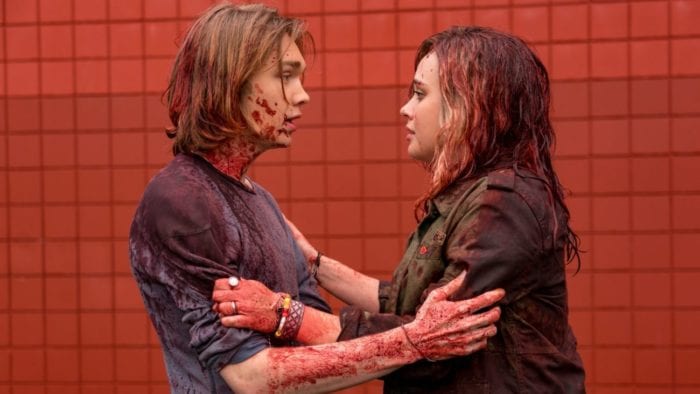 This is where the “first love sucks” part comes in and Mara begins really melting down—having a bit of an implosion herself.

So, I got to thinking, is all this exploding of teens a metaphor for what it’s like to be a teenager? I remember it like it was yesterday, and some of my nieces and nephews are going through it right now. Plus, given the fact that he was released in a year of upheaval and terror, it seems like a fitting commentary on what it is like to grow up in a COVID world. Not that teenagers need a life-altering pandemic to feel out of control and like they may explode.

The subsequent implosion of Mara further illustrates what it’s like to navigate heartbreak when you’re a teen, especially when it comes at the price of your friends’ lives and you feel like the only one left behind. She’s feeling lost and alone and she’s spinning out of control; her emotions are exploding out of her body and making an already bad situation so much worse. 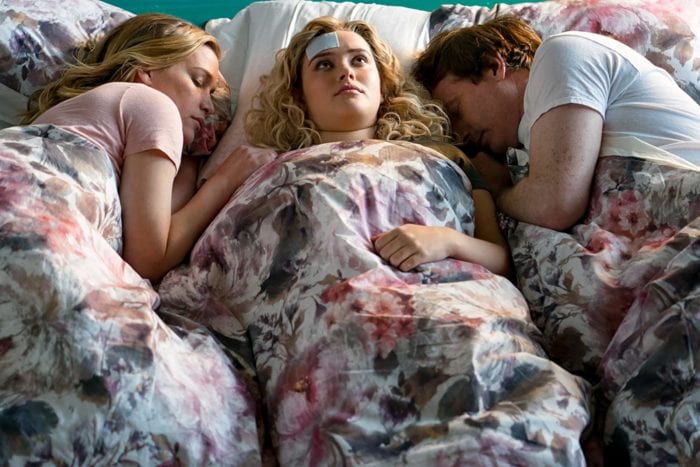 There are some great nods to horror in this film. While Mara’s best friend dresses as a witch for Halloween, Mara dresses as Carrie, which may have been a bit tone-deaf since the first teenager explosion took place just a few days before and she was unable to cover herself in blood to complete her costume. While in quarantine, Mara and Dylan are placed next to each other in separate bubbles. To settle Dylan down, Mara starts screaming, “E.T.” to which he responds, “Elliot!” I hear you saying, “E.T. isn’t a horror film.” Tell child Audrie that. She is still traumatized by that extraterrestrial in one of those bubble tents. There are also other small Easter eggs that make you smile and think, “Oh, I see what you did there.”

I’m not going to spoil the ending for you, and I may have already said too much, but while Mara does go through some deep inner turmoil (and puts her parents through some serious trauma as well), she rises stronger than ever and more determined to make something of herself for the sake of those who lost their lives during this strange time in their adolescence. She wants to make Dylan proud.

I really enjoyed this film, and if you’re looking for something fun to watch, although you might wonder how exploding teens are fun, I highly recommend giving this a shot. I am a little peeved that we don’t get any answers as to the what, hows, and whys of the spontaneous combustion, but I guess that’s kind of the life we live right now. Hell, it’s the life we lived as teens—is it just me or did none of us know what was going on back then, either?