There is a small village not far from where I live that I used to drive through every year with my family on the way to my aunt’s house for Thanksgiving. A big announcement for the village was the building of a new housing addition. One year, we drove through and saw the development being built. The next year we drove by again and the development was finished, and people were moving in with their families. A couple of years later, the entire housing division was empty. I was fascinated with why these people would purchase or build a new house only to move a couple of years later. Not only that, but the ENTIRE housing development up and left the nearly new houses empty. Where did they go? Why did they leave? Another year went by and we drove through the village again. This time, the houses were gone too, and all that was left was an empty lot.

I tried to investigate what happened to the families in this subdivision but couldn’t find any answers. No one seemed to be willing to discuss why everyone left their bit of the American Dream behind. So, being haunted by this mystery for many years, I jumped at the chance to review the new book The Lost Village by Camilla Sten. 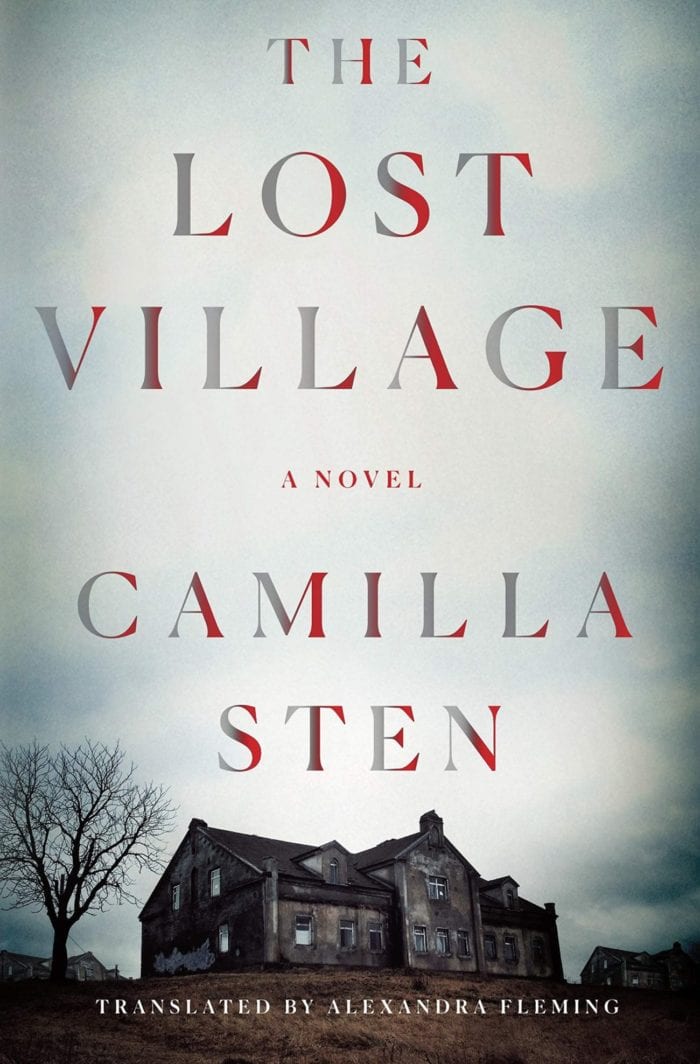 Don’t take my word for it—MacMillan Publishers calls the book “The Blair Witch meets Midsommar,” and this description had me hooked; I couldn’t wait to get my hands on it, and I wasn’t disappointed. The book follows Alice Lindstedt and her documentary filmmaker friends as they investigate the disappearance of the residents of an old mining town, Silvertjarn, dubbed “The Lost Village.” Alice’s grandmother was one of the only two people left in the village after a mysterious tragedy.

This book sets the stage from the very first page. Descriptions of the village are so vivid that you feel you are a part of the film crew—a sense of unease and gloom looms over you as you read. Nothing is lost in translation. The action begins almost immediately as the group arrives in Silvertjarn and wastes no time in scouting. Sten sets the pace by saying that they only have a few days to scout and shoot, which allows for suspense and a healthy dose of anxiety on the part of the reader. There is one scene in which one of the characters wakes up in the van they are camping in and is startled by a figure staring in the window. The description of this scene is so clear that I felt a bit uneasy just reading it. As the crew scouts through the abandoned buildings, you feel as if you’re right alongside them looking at the moss growing on the wood and stepping carefully due to old boards.

The relationships between the characters are fully believable. Emmy and Alice were once best friends who had a falling out and are now being forced to work together due to unforeseen circumstances, and you experience their discomfort. Alice and Tone have a complicated but close relationship that is tested when Tone becomes injured and the reader can feel Alice’s concern for her friend. The women in the group are at the forefront while the men play supporting roles in the background.

One of the most compelling characters in my reading was the new preacher of Silvertjarn, Reverend Matthias, who took over for the previous alcoholic preacher who disappears suddenly. Matthias is said to be a charismatic leader who casts a spell over the congregation almost immediately and has a special place in the eyes of the single women of the village. However, it becomes abundantly clear that there is more to the preacher than meets the eye, and I got the feeling early in the book that he was something of a cult leader. This only served to pull me into the book even further.

The setup of the book does a fantastic job of telling the current story of the creation of the documentary along with the story of the past. We are transported to the past by letters from village members to family members who have escaped as well as fly-on-the-wall conversations between residents. Again, the characters are so well written that we really are transported in time to when the village was still inhabited and its decline began.

I cannot emphasize my adoration of this book enough. For those who are fans of Stephen King or Riley Sager, checking out this freshman offering from Sten will not disappoint. I am delighted to be introduced to this new author and am looking forward to her next work.

According to the publisher, Camilla Sten has been writing since childhood. In fact, writing is in her blood as her mother is crime-writer Viveca Sten. In 2019, Camilla published The Lost Village, and television and film rights have been sold to seventeen territories around the world. The manuscript was one of seven shortlisted for the Best Translated Crime Award on Thrillzone.nl and was on the Polish Goodreads shortlist for the 2019 Best Book Award in the horror category.

The Lost Village is scheduled to be released on March 23 from Minotaur Books, a division of MacMillan Publishers.

“Whisper Down the Lane Is a Gripping Satanic Panic Thriller”

“Flashbacks to Amityville in Home Before Dark”