I’m a huge fan of drag queens and (obviously) a huge fan of horror. Marry the two and you get the Boulet Brothers’s Dragula. Think RuPaul’s Drag Race meets some type of competition born in the mind of John Waters. The focus of Dragula has always been: drag, filth, horror, glamour and these queens serve it up in spades.

These queens are not about lip synching and sequins. These are people who are talented in the art of visual effects, prosthetics, and molding. They aren’t in it to be pretty—they embrace the ugly and their creativity shines through because of it.

I kept up on the previous three seasons of this spectacular mess on Netflix and enjoyed every minute of it. After a long hiatus and a move to Shudder, I was excited to see what this new Dragula: Resurrection was all about. I was not disappointed.

The Boulet Brothers made some big changes with this offering. Probably the biggest was that it is not a new season but a nearly two-hour competition to see who would go on to Season Four. The brothers brought back some fan-favorite queens who were eliminated from the previous three seasons. 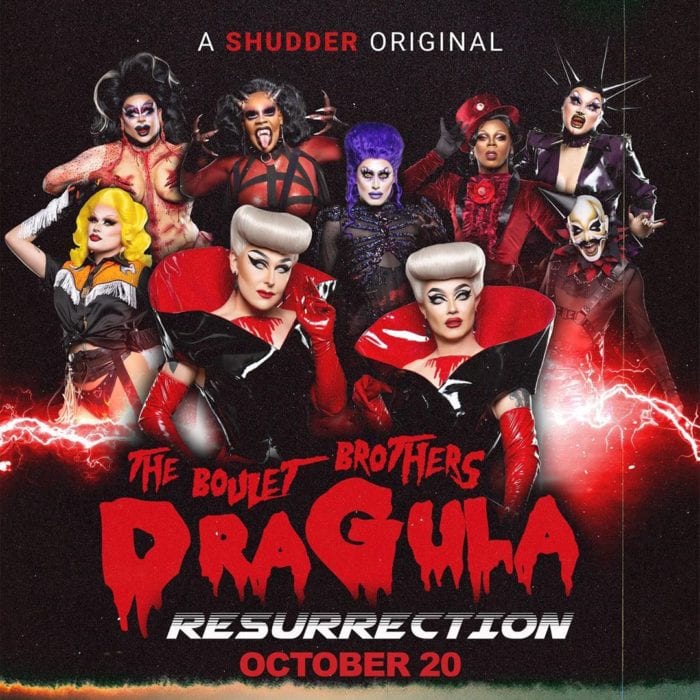 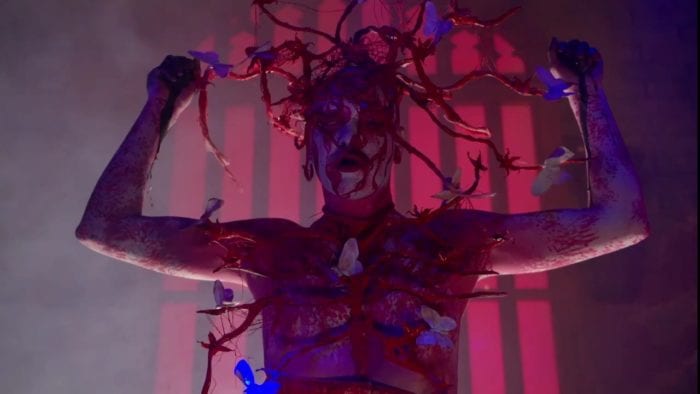 So, it sounds like this special competition was mostly a hodgepodge of pieces from the first three seasons—and yes, it was. However, the COVID-19 pandemic forced a special way of filming. Instead of having all the queens come to one location to film, the producers filmed at the contestant’s homes and in their towns which brought a personality to the project that was absent from the first three seasons. We saw where these contestants live and create; we saw what gives them strength and keeps them moving forward. Most of all, we were allowed to hear more of their stories as people. This special was more unifying for the community and focused more on substance than the cattiness and backstabbing that we’ve seen in the past. It was Dragula grown up, if you will.

More than that, the entire production was ramped up a few notches. The cinematography was better, the interviews more in depth, and we saw much less of the Boulet Brothers which was curious because it is their show. However, I think their absence worked to bring about more of the depth of the characters involved. The focus was not only on the backstory of each queen but also their talents, how they create, where they create, and what motivates them and makes them unique. 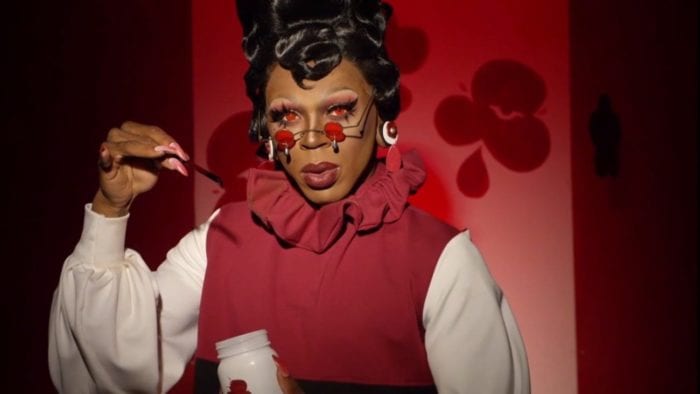 We went deeper into the life of Pricilla Chambers from Ashville, North Carolina who, since her season, has fully begun transitioning and is deeply involved in what it means to be transitioning while in the drag scene. Her commentary on the trans community being involved in drag was truly personal and enlightening.

We traveled to West Corina, California, where Frankie Doom welcomed us not only into his home but into his background as a Mexican American and how his family handled his being gay and doing drag. He also showed us his “day job” as a scare actor at Knott’s Berry Farm and how that ties in to his drag persona.

Loris, from Hollywood, California, welcomed us into his home and introduced us to his boyfriend and his personal growth since the first season of Dragula where he wasn’t welcomed by his fellow queens. He spoke of the difficulty of being shunned by his peers and how that led him to grow and focus more on his craft to become even better and more successful.

Moreno Valley, California’s Kendra Onixxx and Acworth, Georgia’s Saint, when deep into their personal experiences on what it is like to be gay African American men and the struggles they have had not only in the LGBTQ+ community and with their families but in the drag community itself.

Finally, Victoria Black shared how in her city of Orlando, Florida, she is part of a company producing haunts and visual scares for most of the theme parks in the area. She shared how she truly found her happiness in combining her two passions.

What made this special truly extraordinary is there were no gross-out or daring elimination challenges, there was no shock and awe, there was simply a focus on the talent, their stories, and what they brought to the world of drag. The contestants were in their own worlds and unable to see what their peers were creating or how they were responding to the challenges. All that phoniness was stripped away leaving honesty and true feelings of friendship and camaraderie.

I have no idea what the new season of Dragula will bring and producers weren’t forthcoming with more than the identity of who was chosen to move forward (and I won’t spoil that for you). Needless to say, I think the Boulet Brothers made the right choice. And I’m excited that they took the time to make a special like this to show a unification of the drag community, a lifting up of each other, in this tumultuous time—even if it was in response to a pandemic.