Almost everyone is familiar with the movie The Blair Witch Project which revolutionized the found footage subgenre. The Blair Witch is not as terrifying to viewers now as it was upon its release, in part because promotional marketing claimed that the film’s actors were missing and that the film was actually recovered from their attempts to document the Blair Witch legend in the woods of Maryland. Since The Blair Witch Project was released in 1999, there have been five supernatural and/or found-footage horror films released based on legends of the Blair Witch in Maryland and the Bell Witch in Tennessee. Now, Seth Breedlove and Adrienne Breedlove have added to this legend’s cinematic legacy The Mark of the Bell Witch, a documentary that strives to contextualize the prominent legend in folklorist interpretation and historical fact.

Contrary to what you might expect, the Bell Witch was never an actual woman accused of witchcraft, at all. Instead, the legends of the Bell Witch refer to an extreme haunting experienced by members of the community of Adams, Tennessee, in the early 19th century and most particularly by the family of John Bell. So, the Bell Witch was perceived as a supernatural entity, who incidentally often had the name “Kate” attributed to it, for reasons that are explained in this documentary. In written accounts of the haunting, the entity is referred to using many names, such as goblin, demon, and devil. The documentary explains that anything supernatural was considered a “witch” at the time, and this happens to be the name that stuck: “Bell” for the family who was tormented by the spirit and “Witch” for the uncanny power and intelligence of the spirit who many people in the community came to witness and interact with. 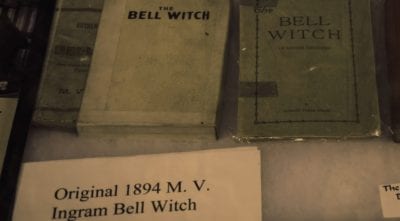 The Mark of the Bell Witch outlines the history of this extreme haunting through dramatic reenactment, historical documentation, and retellings of the lore complemented with artistic depictions. What makes this documentary retelling so valuable is the pedigree of the scholars, local history experts, authors, and enthusiasts it interviews. In addition to many notable local historians and enthusiasts whose views are incorporated into the retelling, the accounts of history and folklore scholars and a few paranormal researchers underpin the trajectory of the documentary’s narrative. Much of the depiction of the legend is also dictated by the written account of the haunting recorded by Martin V. Ingram in An Authenticated History of the Bell Witch.

In addition to The Mark of the Bell Witch’s chilling dramatic retellings of the major events that made the haunting famous, it is also careful to outline the historical context of the time in which the hauntings took place and to consider the psychological effect that these circumstances had on the community that experienced the haunting. For example, it examines the culture of people whose lives and commerce were centered around a river, which is in the documentary compared to something like New Orleans river culture. More importantly, it examines the context of westward expansion, slavery, and peculiar natural disasters that took place leading up to the haunting. 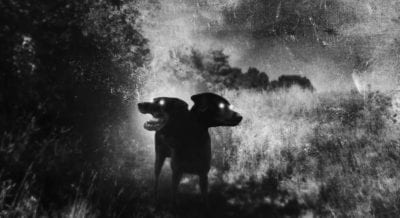 Historian John Baker effectively contextualizes the history of slavery in Tennessee which frames the class and community structure of this community in the early 19th century. Unlike the expansive and nominally aristocratic plantations of the southeastern coast in the 19th century, slave-owning white families in these more western communities were poorer, usually owned around ten enslaved people or less, and more often than not worked alongside them. This economic circumstance that was by comparison poorer also inflicted the wretched evil of family separation upon enslaved people more frequently than in more expansive plantations.

This contextualization is very important in that it is a key element of the framing of the community consciousness that espoused the Bell Witch phenomena, but also more particularly because it frames the experiences of an enslaved man owned by the Bell family, Aberdeen or Dean Bell. Experts interviewed in the documentary explain that many of the early accounts of supernatural phenomena were reported by Dean. Because Dean’s wife was owned by and lived with another family in the community, Dean was forced to travel at night to visit with her, and he reported intense, inexplicable supernatural phenomena while traveling in the dark woods on his own. The documentary divulges the details of his reported experiences, and in addition to their frightful elements, they reflect the heartbreaking pain experienced by enslaved people throughout early American history. 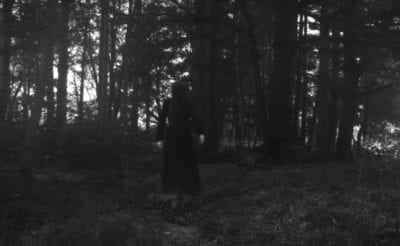 Dean’s story and all the other detailed accounts of the Bell family’s encounters with the Bell Witch are encapsulated in sections designated as chapters throughout the documentary. Standout elements of the legend that the documentary explores include shapeshifting animals such as large birds and black dogs, possessions of members of the Bell family, interactions with the intelligent entity, and general poltergeist or extreme haunting activity.

The legend of the Bell Witch is peculiar in that the entity eventually was able to speak aloud and converse with the family and with members of the community who came to witness this ability. The documentary outlines how the entity’s presence began as pervasive scratching and knocking that tormented the family, then escalated to disembodied whispers, and finally emerged as a disembodied voice that seemed omniscient in that it could tell people what was happening at any given moment around the community. 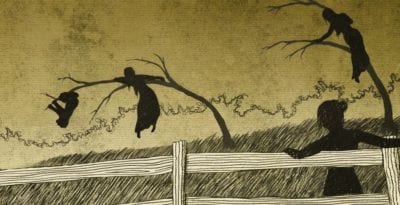 The legend and its documentation also reflect that the entity had relationships with different members of the Bell family. It liked some of the family, but it hated the daughter and especially hated the family’s father, John Bell. The entity claimed that its desire was to kill John Bell, and after John Bell fell ill and eventually died during the haunting, witnesses reported that during his funeral, the spirit was present, hanging from treetops, laughing and taunting the dead man as the community tried to bury him.

The Mark of the Bell Witch portrays these and more detailed accounts of the family’s experiences during this extreme haunting, including claims that the haunting was a hoax perpetrated by the Bell family and an account of Andrew Jackson’s visit to the Bell family farm and his experience with the entity, which is corroborated by historical documentation. The documentary also touches on the impact that the legend has on the modern local community. Local historians report that the effects of the legend are taken very seriously today—although many in the community are skeptics and nonbelievers, many people believe the legends and attribute disasters to the Bell Witch. 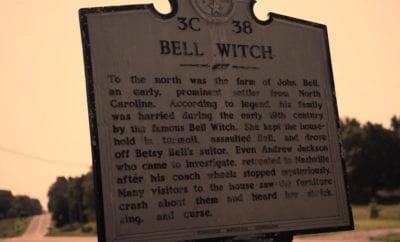 This documentary offers not a supernatural tale neatly encapsulated within a plot or replete with the modern horror conventions but instead an exploration of the real legend that has inspired so many supernatural films. It is a documentary for the historically-minded, but once the elements of the story begin to sink in accompanied by snippets of dramatic and artistic depictions of the tales, you will, if you are like me, find yourself looking over your shoulder. With its careful handling of the historical fact of the Bell Witch legend, the documentary gives you the sense that the Bell Witch knows it is popular, and it is listening.