Another holiday this year and another Creepshow special, and I, for one, hope this is the start of a trend for the show. The Creepshow Animated Special in October was a bit on the darker side—“Twittering from the Circus of the Dead” still sits with me. But this time around, J.A. Konrath has cooked up a fun twist on the Jolly Old St. Nick image for the Creepshow Holiday Special. I’d personally love to see what derangement the show’s writers could spin for an evil Cupid or Easter bunny tale for another special…maybe it’s just me on that one. In A Creepshow Holiday Special, the writers have a full hour to work with, and the result is a bloody good time. 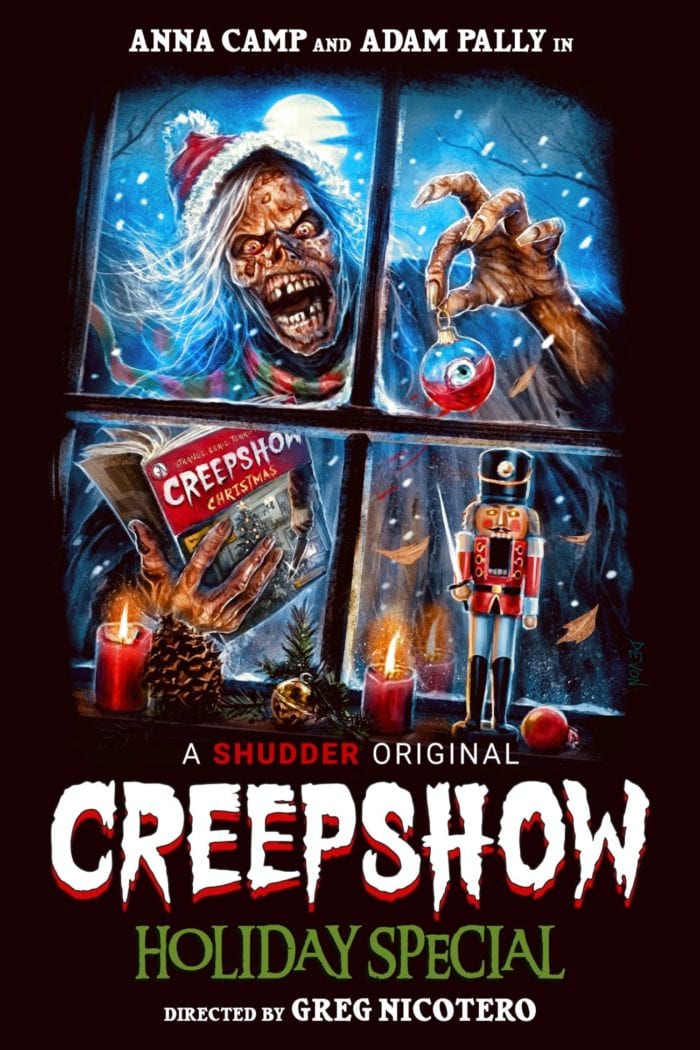 We’re welcomed to “Shapeshifters Anonymous,” a support group one may find themselves if they have the ability to change from human form into something else. The meetings take place in a florescent light-soaked church basement like many other anonymous meetings, but this one requires the use of the password “Landis” for entry. From the moment Robert and Scott begin fighting over the password, as well as the amusing nature of An American Werewolf in London director John Landis being the password, I knew this was going to err on the light and comedic side of things. The situation Robert Weston (Adam Pally) finds himself in as he’s come seeking answers turns into an almost Monty Python-esque bit.

After the door trouble with stuck-up Scott (Pete Burris), Robert is warmly welcomed by Irena (Anna Camp), who tells Robert she’s a were-cheetah before introducing the other members and dishing out all the gossip on her fellow therianthropes. Through Irena, viewers get a sense of this bargain-basement Monster Squad, especially with the presence of Phyllis (Candy McLellan) and the group’s acceptance of her specifically peculiar situation. 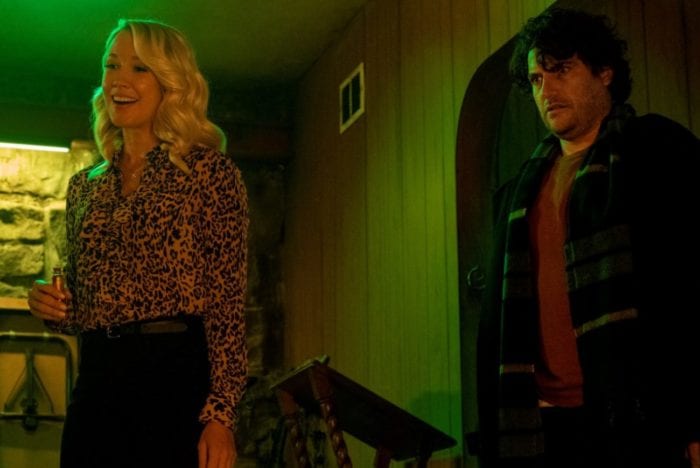 Without giving anything away, Phyllis’ character is worth singling out because of her special place within the group. The way the writers frame it, through both a metaphor for being stronger together as well as the idea of finding community and family through this very unique support group, is exceptional and deserves a lot of praise. Yes, there is the presence of biases from group member Andy (Frank Nicotero), but families give each other mouthfuls of snarky crap. It’s later, when the sh*t hits the fan, that Andy and Phyllis have each other’s backs.

As the shifters share their stories with Robert, they expect his in return. Robert shares that he’s been experiencing some time loss and some peculiar intestinal issues—something not often brought up in subgenre—that seem to only happen on a full moon also coinciding with a police’s investigation of the Neighborville Ripper, leading him to believe the obvious. The group seems unphased by the information and tries to aid Robert in figuring out what he may be transforming into. Again, I want to bring up the sense of community, especially for a person that the group doesn’t know but is desperate to get help because inside he knows he’s different but doesn’t know how yet. The subtlety in the narrative is outstanding and comes at a time when we could all benefit from the understanding and acceptance of others, especially those that might be suffering internally. 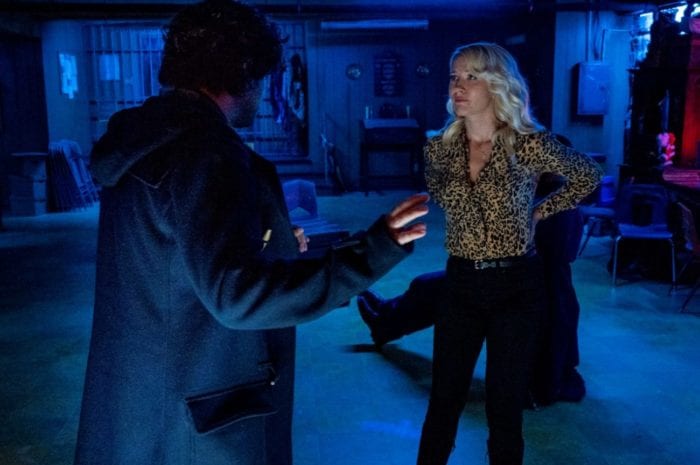 Now is where the story starts getting bonkers and creative: Robert has unknowingly put his fellow therianthropes at risk by coming to the meeting. It being Christmastime limits the shapeshifters from walking freely as there is an army of Santa Clauses that recognize the therianthropes for what they are. Robert has been getting extra attention from this network of mall Santa monster hunters who have funneled the location of the naughty shifters up to their boss—Kris Kringle! Robert is told that the lore of the therianthropes goes back to God himself bestowing these powers on man. When God felt snubbed by the therianthropes’ pride, he created a Van Helsing in Kris Kringle who also gets some upgrades from Lucifer, providing Kringle with mechanical Edward Scissorhands-style weapons—Satan’s claws—to help smite therianthropes from the earth! Now the group has to take action as waves of Santa’s little helpers descend upon the church.

I had so much fun watching A Creepshow Holiday Special. It’s the right amount of holiday fun and irreverent silliness we can use during this hectic season, and at the same time, it also creates a fantastic group dynamic in its characters forming a brilliant feeling of togetherness that speaks to the spirit of the season. The ensemble cast performance really helps make the script work on that comedic level thanks also in part to the apt direction of showrunner Greg Nicotero. And don’t worry, the episode still finds a way to rack up a body count and show-off the amazing makeup and practical effects we all love. I mean, this is Creepshow after all.

We’re still waiting for more details on when we’ll all be able to enjoy Creepshow Season 2 in 2021, but I have thoroughly enjoyed the efforts made by the show’s writers and producers to continue bringing us these special episodes in the interim.

A Creepshow Holiday Special will be available exclusively on Shudder on December 18.

Sean lives just outside of Boston and loves all types of horror movies.