Anyone associated with the horror community, hell, film in general, knows about The Exorcist. You don’t have to be a film scholar to understand the impact that The Exorcist had not on the horror community but on filmmaking as a whole. Writings have broken down the themes, filmmaking, and impact that the film had on Hollywood. For all the praise heaped upon The Exorcist, the director, William Friedkin, is somewhat left on the sidelines, which makes the new documentary, Leap of Faith, so interesting.

I would never say that William Friedkin did not receive the accolades he deserved; Friedkin scored a Best Director nomination, after all. Instead, The Exorcist became, and remains, a facet within the pop culture zeitgeist from reports of audience members fainting to the “pea soup” scene and usage of a crucifix in an unorthodox manner. From Linda Blair’s iconic role of Ragan MacNeil, Dick Smith’s remarkable makeup work, and William Peter Blatty’s script, there are areas of the film that get talked about more than others. 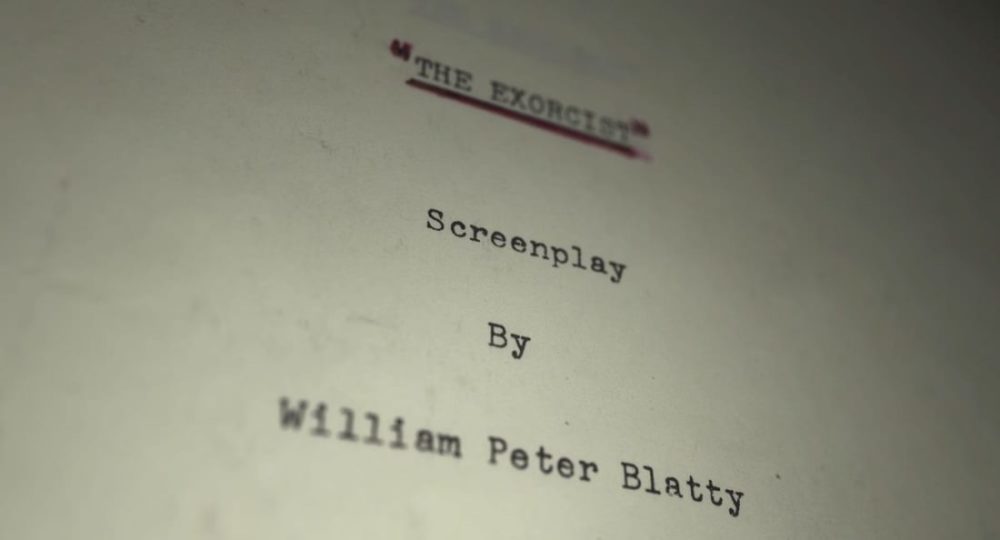 Told similarly to the exceptional documentary De Palma on director Brian De Palma, we find William Friedkin discussing himself and, primarily, The Exorcist. Not getting bogged down with differing points of view, director Alexandre O. Philippe keeps the camera on William Friedkin and allows the viewer an intimate experience with one of the greatest directors. Without additional participants, we, the viewers, can get into the mindset of the director and understand the method to the madness.

Not treated like a typical “making-of” documentary, we instead are able to ride shotgun with William Friedkin. Pulling no punches, Friedkin gives the audience a glimpse into his mindset. Recalling that he saw Citizen Kane and knew he wanted to do that—even if he didn’t know what “that” was. There is something to be said that you realize what fate has outlined for you, even if you do not comprehend it at the time.

And fate is a major driving force that propels William Friedkin.

While not religious, William Friedkin instead opens up to the filmmakers and audience as spiritual. At the time, Friedkin did not know what a cultural milestone The Exorcist would be. Instead, he felt the movie god(s) helped put the film together. And this is what makes the documentary different than your standard EPK-type fluff.

Now, this is not to say that there is not any behind the scenes information. Not by a long shot. As a fan of the novel, William Friedkin expected a script just as good. Upon receipt from William Peter Blatty, he felt it was a travesty compared to the book. Professing his love for the source material, Friedkin admits that he wanted to shoot the novel and was disappointed that William Peter Blatty did not provide what Friedkin desired. Though the relationship between the writer and director started out rocky, they were able to create a (mostly) singular vision of what the film should be. 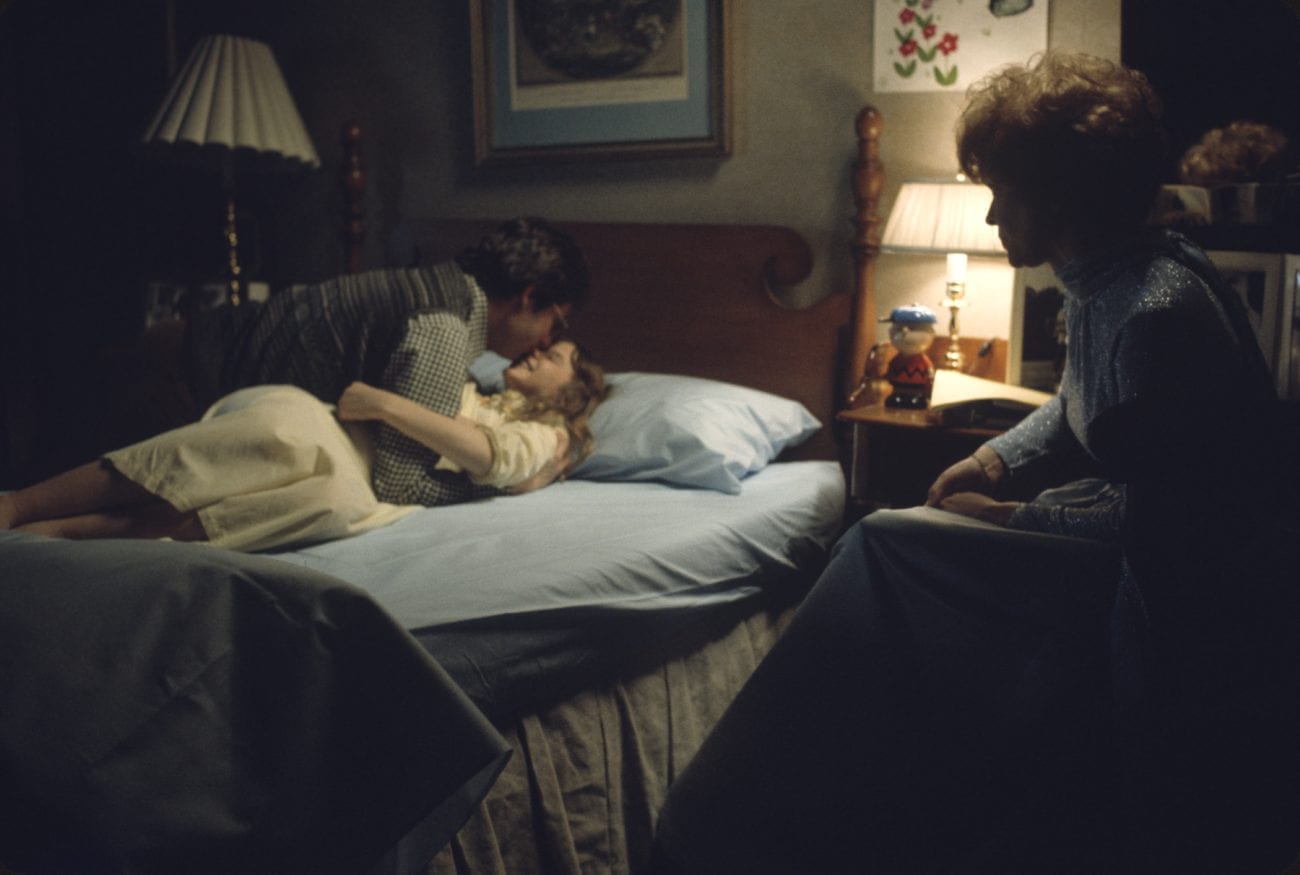 William Friedkin then goes on to detail the casting process. Questions about casting came almost immediately. From the bankability of Max Von Sydow as Father Merrin to finding the right Regan with Linda Blair and hiring Ellen Burstyn, fresh off an Academy Award nomination—each has a story to tell. The most intriguing casting decision comes from the role of Damien Karras. Friedkin recalls that, upon hearing Stacey Keach was Karras, Miller said the role of the conflicted priest spoke to him and wanted to audition. Flying out on his own dime, Miller came out to test for the director, and the rest is…well, history.

Coming from documentary-style filmmaking first and foremost comes the subject matter. The point of a documentary is to put you into a particular moment and not feel rehearsed—relying on instinct. Following his instincts, Friedkin wanted to make The Exorcist feel as if it could happen and unnerve the audience with his unorthodox techniques.

As the Leap of Faith nears the conclusion, Friedkin offers more anecdotes about his clashing with William Peter Blatty over Karras’ ending, his disappointing meeting with Bernard Hermann, and struggles with finding the right score to fit the tone of the film. What has been an entertaining and thoroughly engaging documentary becomes more personal during the final leg of the runtime. 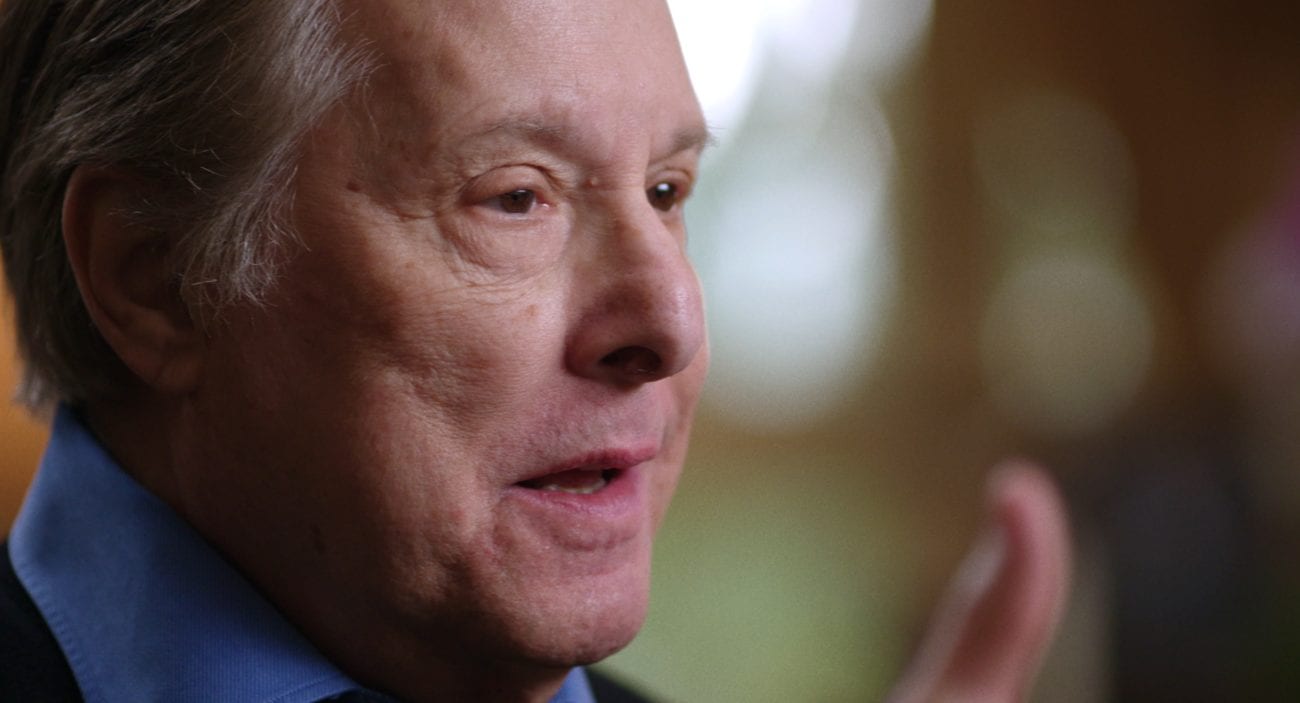 Interspersed between anecdotes and behind the scenes factoids, Friedkin dispels his love of art and spirituality. Like his thought process of going into the film as open and a believer, Friedkin is also open about his spiritual side. Drawing a lot from his love of art, Friedkin welcomes us in and allows the audience to sit alongside him and draw up your own feelings. Acknowledging the feelings he gets from Johannes Vermeer’s View of Delft to Monet’s Morning on the Seine, Friedkin displays an openness that is inviting and intoxicating.

Not just content with being a standard making-of documentary, we come to understand what it takes to make a film like The Exorcist and from that, the trust in yourself to follow your instincts and create something special in Leap of Faith.

More From: The Exorcist