Are you the type of cinephile that won’t rest until you’ve seen all the horror and gore that film has to offer? Then Mike Muncer’s The Evolution of Horror is the podcast for you!

While there are countless horror movie podcasts that are formatted around new releases, well-known classics, schlocky subpar movies, or the works of a specific director, The Evolution of Horror is the only one that aims to cover them all.

By day, Mike Muncer is the producer and senior editor of the BBC’s Inside Cinema. But by night, he’s creating an impressively thorough horror cinema podcast that features interviews with knowledgeable guests like Jamie Graham, Anna Bogutskaya, and Freudian cinephile Mary Wild. Muncer also occasionally lands an interview with directors as their films hit theaters.

Each series starts with an episode introducing the specific subgenre and all of its tropes and tendencies and ends with a “pub quiz” that is likely to leave even the most learned horror fans stumped. So far, The Evolution of Horror has covered slasher films, ghost films, folk horror, zombie films, and occult films. Currently, Muncer is diving into a subgenre that he has coined “Mind & Body”, which this listener could not recommend enough.

Below is a quick recap of what we’ve learned so far during this encyclopedic rundown of cinema’s scariest genre. 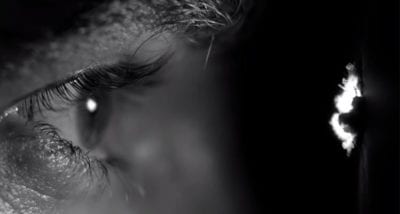 The Evolution of Horror began its journey with a subgenre paradoxically known for its unrelenting bloodlust and its puritanical moral values: the slasher.

Beginning with Alfred Hitchcock’s Psycho (1960) and ending with David Robert Mitchell’s It Follows (2014), Muncer tracks the life cycle of this once thriving subgenre: its thrilling debut in giallo and Hollywood horror, then to the boom of the masked killer body count films, followed by the “slasher slump” of the late ‘80s and early ‘90s, and concluding with the self-aware slashers that emerge after the subgenre has been done to death.

Standout episodes include “Psycho & Peeping Tom (1960) Feat. Neil Brand”, ”Black Christmas (1974) Feat Mary Wild”, and “Slasher Mania (1980-1985)”, though the entire series is a must-listen for any horror fans wanting to bone up on their history. Rest assured: our dear friends Michael, Jason, and Freddy all receive their moment in the spotlight. 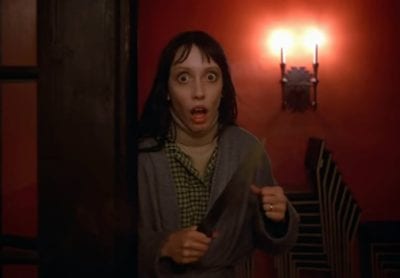 The podcast then pivots to a much more somber tone when we begin the next series, which focuses on the ghost subgenre. Unlike the slasher, ghost films seem to have a wide range of moods and stories to tell, and even the question “what is a ghost?” can vary drastically depending on the film, the director, and the country of origin.

Muncer kicks things off with a classic, William Castle’s House on Haunted Hill (1959), and wraps up the series with a twofer covering Jennifer Kent’s The Babadook (2014) and Babak Anvari’s Under the Shadow (2016).

The ghost film is often more subtle in its horror than many other in its genre, preferring to create an atmosphere of terror through the uncanny rather than a manic, monstrous antagonist—though the subgenre also has a handful of memorable villains, such as Sadako who is covered in the episode “Ringu (1998) & Ju-on (2002).” And, unlike the slasher, this subgenre is often considered much more prestigious thanks to its restraint and global appeal. Thankfully, we also get our parodies, covered in the episode “Ghostbusters (1984) & Beetlejuice (1988).”

For any Americans just discovering the show, be sure to check out two particular episodes that will likely expand your knowledge of British horror: “Whistle & I’ll Come To You (1968) & The Stone Tape (1972)” is a fascinating ep that dives into the tradition of Christmas ghost stories in Britain and “Ghostwatch (1992)”, which covers the Orwellian panic brought on by a practical joke from the BBC. 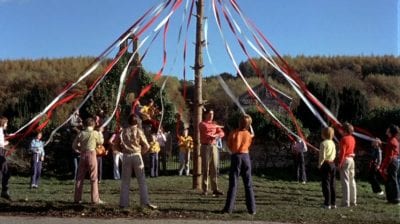 Another horror subgenre that Americans may be less familiar with is folk horror. Defined specifically by three films–-Witchfinder General (1968), The Blood on Satan’s Claw (1971), and The Wicker Man (1973)—folk horror is broad enough to encapsulate many films, but also specifically focuses on a particular society versus the other.

Often, the antagonistic society is tied to nature and tradition, though the vague definition of the subgenre also allows for modern interpretations, like Jordan Peele’s groundbreaking hit Get Out (2017). The series also covers an American interpretation of the subgenre referred to as “Hicksploitation”, which covers films like Straw Dogs and Deliverance and concludes the discussion with a look into contemporary “viral folk horror” such as 2018’s Slender Man.

A particularly great episode is “The Texas Chain Saw Massacre (1974)”, which Muncer elected to place in the folk category as opposed to the slasher, adding to the already fascinating discussion with regular The Evolution of Horror guest Jamie Graham. 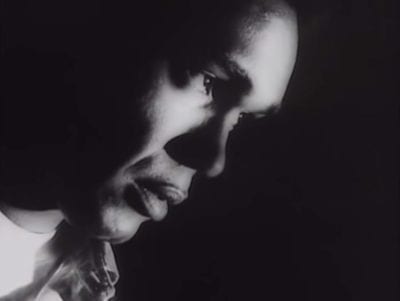 Then comes the subgenre that needs no introduction because it’s been shambling along well past its expiration date. So far, this has been the only series in which Muncer seemed to grow audibly tired of the topic. Thankfully, that doesn’t mean the discussion is any less lively than previous entries, just a little more repetitive when it comes to horror’s most popular monster.

We begin with the origin of the zombie in the episode “White Zombie (1932) & I Walked With A Zombie (1943)”. Horror fans who are unfamiliar with these films are likely to feel caught off guard by these zombies who seem to be much more concerned with manual labor than devouring brains. But once we reach the episode covering George A. Romero’s Night of the Living Dead (1968)—which ironically never uses the word “zombie”—we are introduced to the flesh-hungry corpses we all know and love.

You, too, will be amazed by the number of zombie films that have been made over the years, and, like many a protagonist within the said subgenre, will be amazed by its ability to reanimate itself from the dead. The series ends with a discussion on two modern classics from Asia—Train To Busan (2016) and One Cut Of The Dead (2017)—though there are sure to be more entries in the future…once there’s no more room in Hell. 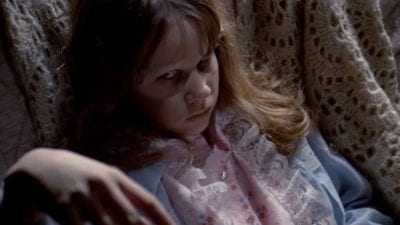 To fully cover the occult subgenre, a type of film that has long since horrified audiences around the world, The Evolution of Horror jumps back to the days of Georges Méliès.

Films like William Friedkin’s The Exorcist (1973) and Roman Polanski’s Rosemary’s Baby (1968) may be the first to come to mind when reflecting on the occult; however, there is much more to explore than these two standouts. The witch seems to be a character trope that has taken an elevated role in horror as of late, and Muncer does an excellent job covering many of its most iconic appearances in film. The episode “Angel Heart (1987) & The Exorcist III” was an especially intriguing listen as both of these films are oft-forgotten but nevertheless notable additions to the occult subgenre.

During the series, Muncer regularly points out that many of these films are about the study of forbidden knowledge, which is also a great way to describe The Evolution of Horror itself. No matter how disturbing the content of a film may be, the intellectual approach that Muncer takes in the study of these subgenres leaves the listener eager for more. 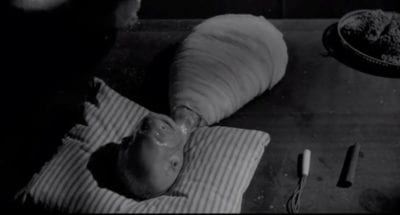 This brings us to the The Evolution of Horror’s current subgenre, mind and body. Muncer seems especially excited to tackle the films included in this series, which he himself has noted differs from the others as it is not a widely known subgenre. However, the exploration of films such as Carrie (1976), Hellraiser (1987), and Tetsuo The Iron Man (1989) help define this new category of horror in a succinct manner.

At times, it seems like Muncer created the subgenre just so he could have a place to discuss the films of David Lynch and David Cronenberg, but in doing so the series creates a natural juxtaposition that allows the podcast to cast a new light on well-trodden territory. And, after all, who couldn’t use a little more help with understanding a Lynch film?

Like seemingly every podcast in 2020, the Evolution of Horror has created a Patreon to help offset costs and break from the rigid format of its regular feed. It is well worth the $5–$10 a month and dives into popular horror shows such as Twin Peaks and Buffy The Vampire Slayer as well as niche subgenres like french extremity. Once you’ve exhausted the extensive backlog of free episodes, this is a great way to further your studies.

The Evolution of Horror is available on your favorite podcast app.

Looking for more on horror podcasts? We’ve got you: