ARROW announced the exclusive premiere of The El Duce Tapes, the new X-rated music documentary about El Duce, the self-styled “King of Sleaze,” a legendary underground figure who once boasted he was asked to kill Kurt Cobain for $50,000. Directed by Rodney Ascher and David Lawrence, with interviews directed by Ryan Sexton, The El Duce Tapes is an outrageous exposé of a rocker described on national television as a “disgusting pervert,” a hugely divisive, troubled figure who was a skilled musician and relentless provocateur. 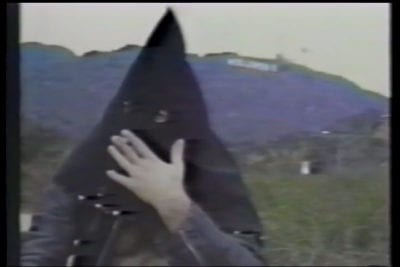 In the early ’90s, aspiring filmmaker (and General Hospital co-star) Ryan Sexton lugged a giant camcorder into some of the seediest clubs and filthiest apartments in Hollywood. There he filmed hour upon hour of VHS footage of the jaw-droppingly offensive Shock Rock band The Mentors, focusing on their infamous lead singer, “El Duce.”

Almost 30 years later, the team behind The Nightmare and Room 237 uncover this dusty stockpile of long-forgotten—and much unseen—footage. They begin to search for clues to piece together a picture of the man under the black executioner’s hood and what his willfully offensive act and controversial views might tell us about 21st Century America. 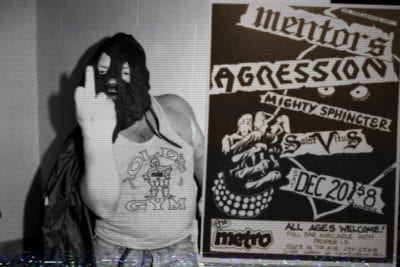 Since the world premiere at the Hot Docs International Documentary Festival, The El Duce Tapes have provoked strong, often contradictory feelings. CineVue called the footage “one of the best music docs to come along in a while” while The Last Thing I See hailed it as “by turns powerful and harrowing and disgusting and stomach-churning.” Flickering Myth highlighted the “treasure trove of recently-unearthed VHS footage” while admitting “some will simply find El Duce and his music too repulsive to entertain, yet this deftly edited doc provides a comprehensive account of the man while underlining our own tirelessly complicit thirst for controversy.”

ARROW is available in the US and Canada on the following Apps/devices: iOS (iPhones and iPads), tvOS (Apple TVs), Android (all Android devices), Fire TV (all Amazon Fire TV Sticks, boxes, etc), Roku (all Roku sticks, boxes, devices, etc) and on all web browsers at https://www.arrow-player.com.