With no big theatrical releases in sight, we horror fans have to rely almost entirely on streaming services for new genre content this Halloween season. Thankfully, those services have really stepped up to the plate. For example, both Netflix and Shudder have played their part with movies like Vampires vs. The Bronx and Scare Me, and now Amazon Prime has gotten in on it, too. They’ve teamed up with Blumhouse Productions to give us Welcome to the Blumhouse, a collection of four new movies released in pairs. The first two came out on October 6, and the other two dropped a week later on October 13.

I’m a big fan of Blumhouse, so when I heard about this partnership, I was really excited. While they have their duds just like any other studio, they’ve also made some of the best horror movies of this millennium, so I had high hopes. And when I finally watched the movies, my expectations were somewhat met. On the whole, Welcome to the Blumhouse is a mixed bag with a few gems. I obviously would’ve preferred for all four of them to be great, but we can’t get too greedy. A few good new horror movies out of four is still a real treat, so let’s take a look at each one individually now to see which of these films you should skip and which you should add to your watchlist.

Black Box was part of the first pair of Welcome to the Blumhouse movies to be released. It came out on October 6, and it’s a sci-fi horror film that follows a man named Nolan, a single father with amnesia who undergoes a radical treatment for his memory loss. He goes to a new doctor who hooks his head up to a machine she calls the black box, and it allows him to access the memories that have been lost to him.

The device works remarkably quickly, but Nolan uncovers some unsettling problems. The memories he’s accessing don’t seem to be his, and every time he hooks himself up to the black box, he encounters a terrifying creature that looks like a human but walks like a spider. From there, the story takes a bunch of intriguing twists and turns as you slowly uncover the secrets behind Nolan’s condition, and it leads to a surprisingly heartwarming conclusion that manages to wrap the story up nicely while still leaving room for a potential sequel.

This movie is one of the gems of the Welcome to the Blumhouse collection, and it works on pretty much every level. It has likable characters brought to life by great performances, the plot keeps your eyes glued to the screen as you try to figure out what’s really going on inside Nolan’s head, and the thing that haunts his memories makes for some genuinely creepy moments. It’s a worthy addition to Blumhouse’s catalog, so if you’re aching for some good new horror this Halloween season, I’d definitely recommend Black Box. 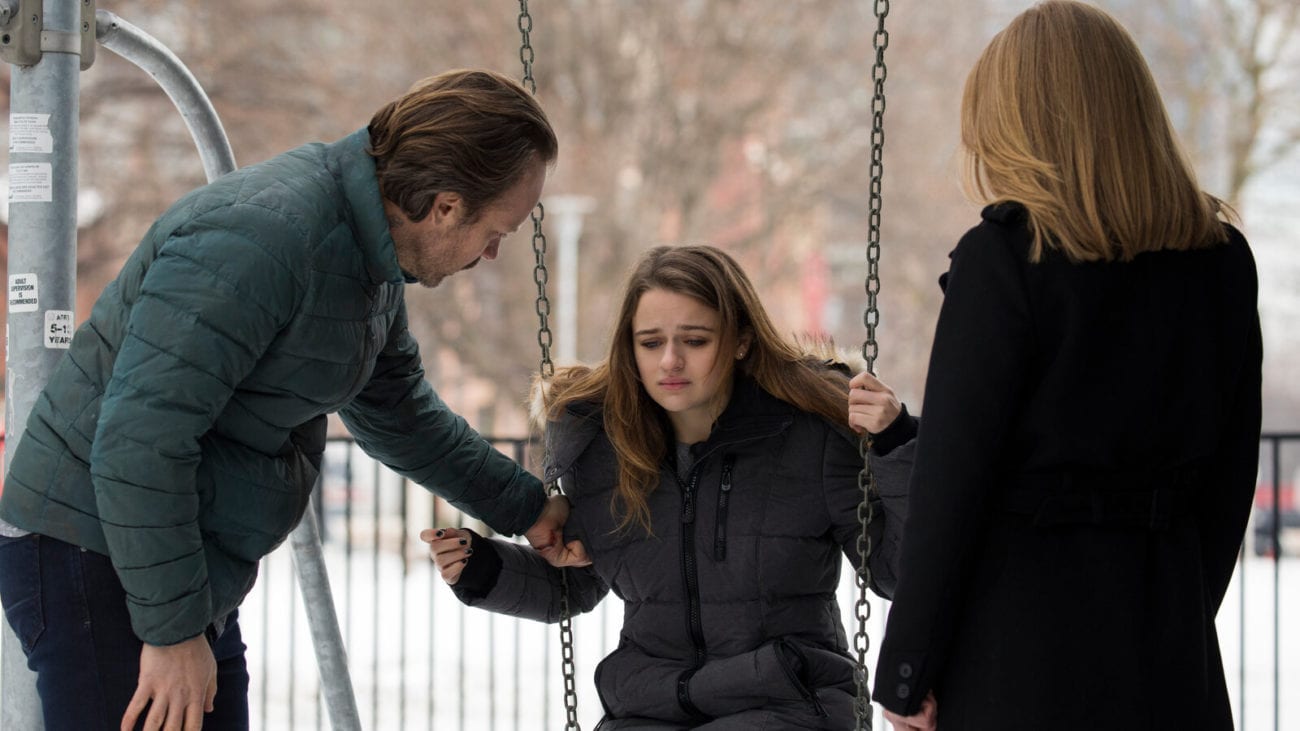 The Lie was released on October 6 along with Black Box. It’s a psychological thriller about a girl named Kayla who kills one of her friends in a fit of rage. She and her parents lie through their teeth to the police and to the friend’s father to cover it up, but as the evidence against Kayla begins to mount, you wonder how long it will take until they snap and turn to other, much more sinister measures.

After really enjoying Black Box, this one was a big letdown. It’s not terrible, but it’s not particularly good either. The biggest problem with it is that it’s just not that interesting. For most of the film’s runtime, you never feel like Kayla or her parents are in any imminent danger, so it never really builds up the kind of tension you want in a thriller. By the time you begin to think they might actually get busted, the movie has already lost you. At best, the film may work as a drama, but that’s definitely not what most people want from a Blumhouse movie in October.

That being said, the film does have one saving grace. The final few scenes bring it to a chilling conclusion that completely blindsides you and hits you like a ton of bricks. It’s a truly haunting and heart-wrenching turn of events, so at the very least, The Lie ends on a strong note. Unfortunately, that’s not enough to make this a good movie overall, so I can’t really recommend it. It’s one of the weaker Welcome to the Blumhouse films, so unless you’re just dying to watch it, you should probably skip it and check out the better titles in the collection. 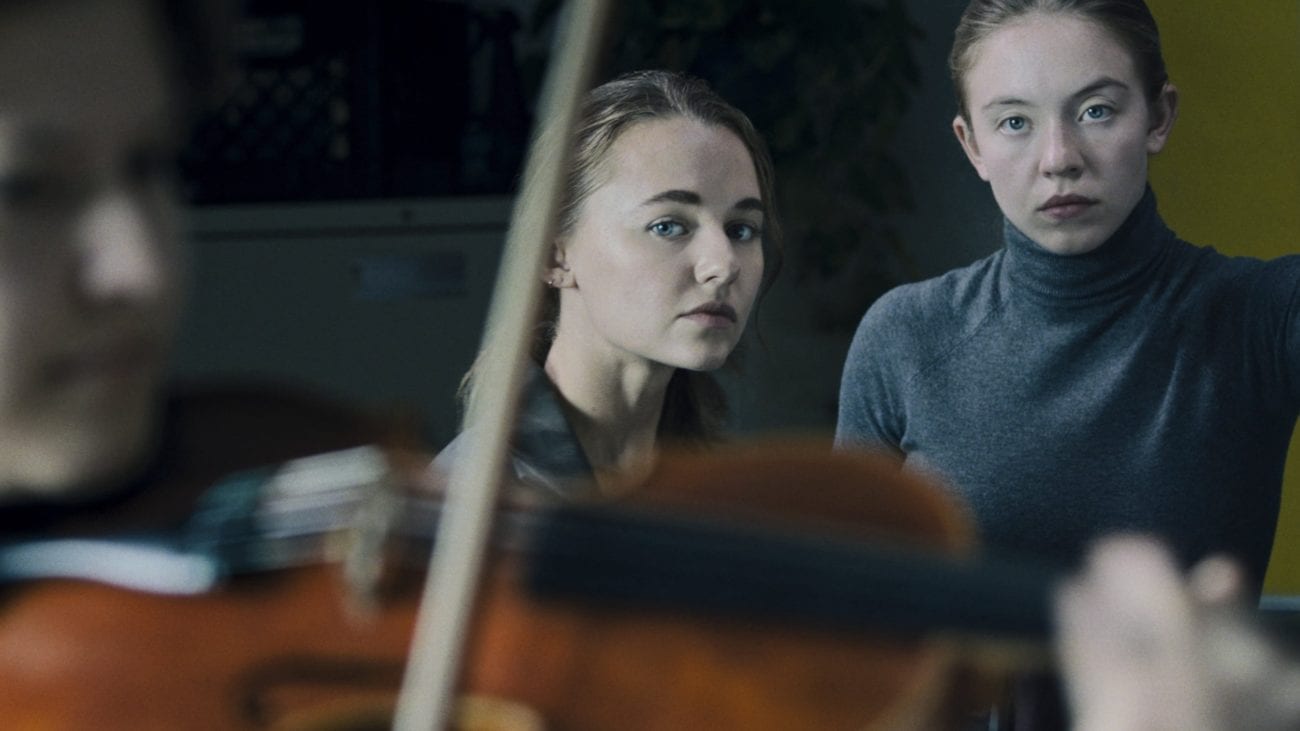 Nocturne came out on October 13 as part of the second pair of Welcome to the Blumhouse releases. It’s a supernatural horror film about twin sisters Juliet and Vivian who attend music school together. While they’re both really good pianists, Vivian is clearly the more accomplished musician, and Juliet is jealous of her sister’s success. However, that all starts to change when Juliet gets her hand on the notebook of the school’s recently deceased star student. She soon begins to surpass Vivian, but her good fortune comes at a grisly price.

This movie is a very slow burn, and it feels more like an A24 film than what we’ve come to expect from Blumhouse. It doesn’t have any action or straight-up scares, so it’s not going to be for everyone. It relies almost entirely on the inherent creepiness of its story, with two exceptions. The opening and closing shots of the movie are both very haunting, so it hits you hard right off the bat and then ends on an equally powerful note.

I’m not always a huge fan of this style of horror, but I really enjoyed this film. It takes some time to get into it, but once you do, it reels you in with an intriguing story about jealousy, ambition, and the gall to do whatever it takes to get to the top. It tackles those themes with balance and nuance, so while it takes a clear stance towards Juliet’s actions, it never feels like just a morality tale. Along with Black Box, this is one of the better Welcome to the Blumhouse films, so I highly recommend giving this one a watch. 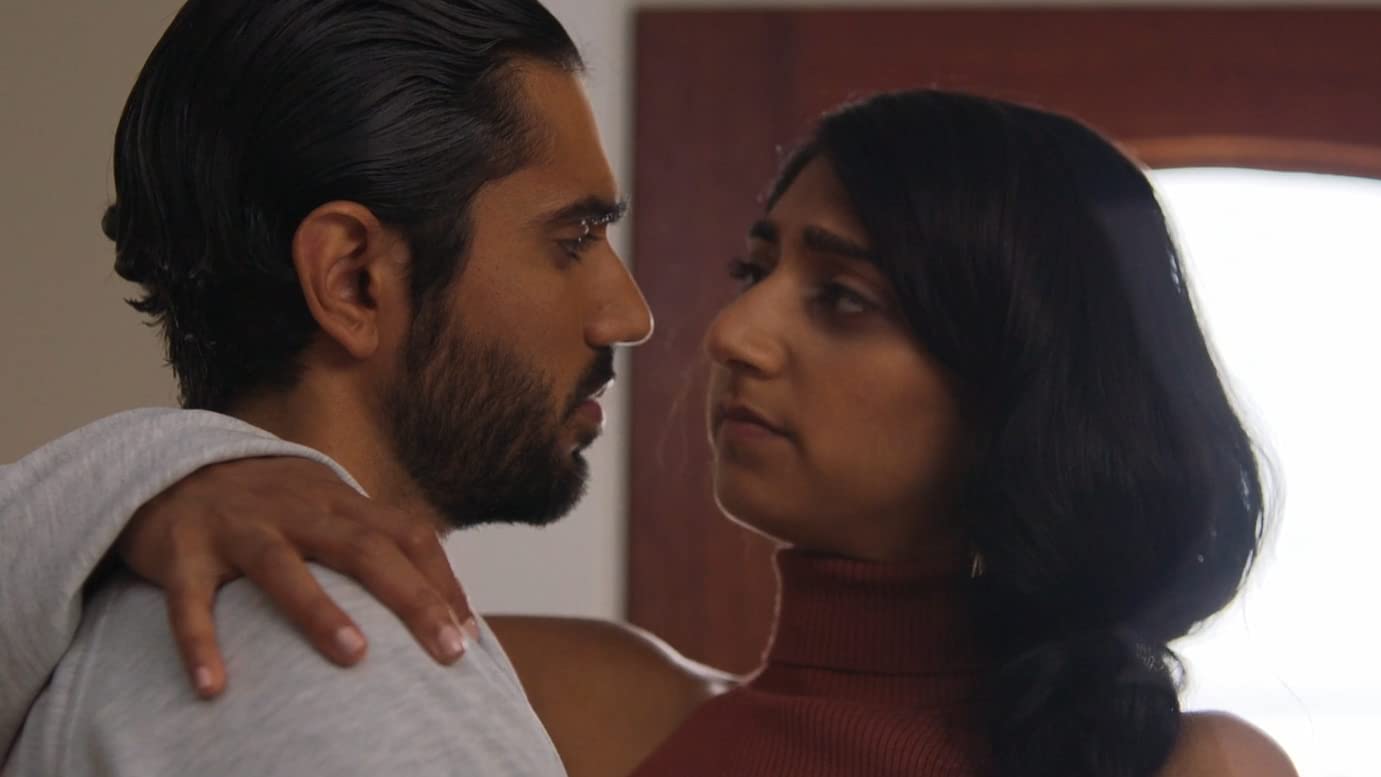 Evil Eye came out on October 13 along with Nocturne, and it’s a supernatural/psychological thriller about a young woman named Pallavi. Her mother is concerned that she’s still single at 29, and she constantly pesters her daughter to find a man and get married. However, when Pallavi finally does get into a serious relationship, her mother begins to worry that Pallavi’s boyfriend might have a sinister supernatural connection to her own painful past.

Much like The Lie, this movie was also a big letdown after watching the far superior Nocturne. It tries to walk the fine line between supernatural and psychological thriller, but it just ends up feeling like a watered-down imitation of both subgenres. For one, it never really fleshes out Pallavi’s relationship with her boyfriend. You see them hit some big milestones together, but time moves so quickly that you don’t see their love grow in a believable way. On top of that, for most of the film’s runtime, the supernatural part feels entirely superfluous, as the majority of the story feels like it would’ve been exactly the same if it had been purely psychological.

In the last fifteen or twenty minutes, the supernatural element finally pays off, and the movie gives us some good action with an important message about abusive men and the strong women who stand up to them, but by then it’s too little too late. It’s simply not enough to offset the previous hour and ten minutes, so on the whole, Evil Eye is one of the lesser Welcome to the Blumhouse films. In my opinion, you should give this one a pass and just stick to Black Box and Nocturne instead.